Those looking to clean up noise and grain from their video images once again have a high-quality, cost effective solution with the re-introduction of Magic Bullet’s Denoiser (now called Denoiser II).

Magic Bullet’s original Denoiser product was removed from their product lineup last year, as it contained propriety technology that was recently acquired by Google (to improve the quality of YouTube uploads).  The recent announcement of Denoiser II makes good on their promise to reintroduce the product better than ever.  This newest version has been completely rebuilt from the ground up and promises greater stability and simpler ease-of-use. 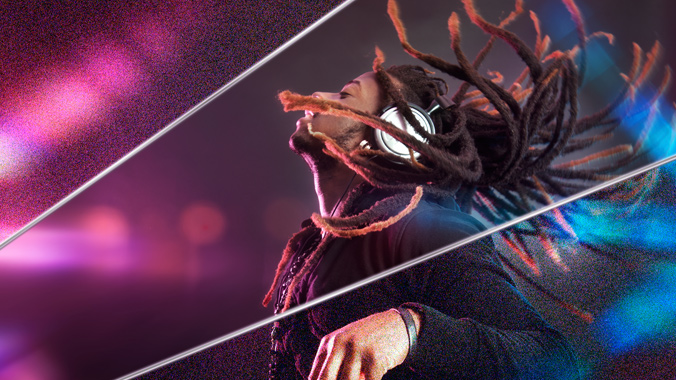 Use Denoiser II to…

Magic Bullet has included presets for common adjustment settings, striking a balance between the strength of the noise reduction and the sharpness of the image.  Another feature is the Motion Estimation tool, a function that improves denoising accelerated or slow motion footage.  Improvements to the stability of the tool are one of the most significant upgrades over the previous version.  Although the earlier version was effective at noise reduction it was prone to crashing and instability.

Currently Denoiser II is only available for Adobe After Effects CS4, CS5 and CS5.5.  Magic Bullet has stated that support for FCP7, FCPX and Adobe Premiere will come later in 2012.  We look forward to being able to integrate this tool directly into our NLE…as roundtripping back and forth from After Effects seems like an unnatural workflow step for most editors.  The product comes packaged in the Magic Bullet Suite ($799), as a standalone plugin ($99) or as a free upgrade to previous Denoiser purchasers.

LOOKING FOR OTHER DENOISING OPTIONS?
Check out some of these other products being used by pro editors:

Boris Contiuum Complete: Boris makes solid NLE tools and their denoising plugin is no exception.  Available for all major NLEs (FCP, Vegas, AVID, Premiere, After Effects), you’ll get a ton of plugins in the bundle but at a bit of a price ($595 – $2495 depending on the NLE).  Boris is worth the investment for the serious professional that will be using these plugins on a regular basis.

Joe’s Filters (for Final Cut Pro):  Kudos to “Joe” for releasing these for free.  But note, they are free…and they don’t stack up to some of the paid options.  If you’re on a budget or in a bind, Joe’s Noise Reduction filter will add some clarity to your video but it may come at the cost of image sharpness.  These are for FCP7 and earlier versions only.

TMTS Noise Reduction:  Editor Mattias Sandström, has shared his personally created Final Cut Pro filters online for other pro editors.  Like Joe’s, the Too Much Too Soon plug-ins are good in a pinch but don’t produce the same level of results that you get from some of the paid plug-ins.  You will find several other free plug-ins in this package as well.

Re:Vision DeNoise:  Re:Vision makes a noise reduction specific plug-in for use within the popular NLEs.  This one’ll set you back $150 but many editors have heralded the plug-in for creating pretty stunning results.  Check out their video gallery for real world examples.

Neat Video: This is a moderately priced plug-in that has received mostly favorable reviews by pro editors ($50-$200).  Don’t let their disorienting website fool you…this is a quality filter that integrates with common NLEs and can be customized to achieve quite clean results.  Recently it was announced that this filter is available for Assimilate Scratch and Scratch Lab.

Adobe After Effects:  Using the “Remove Grain” filter in After Effects will help to improve the look of grainy video.

What plug-in do you use to reduce video noise?