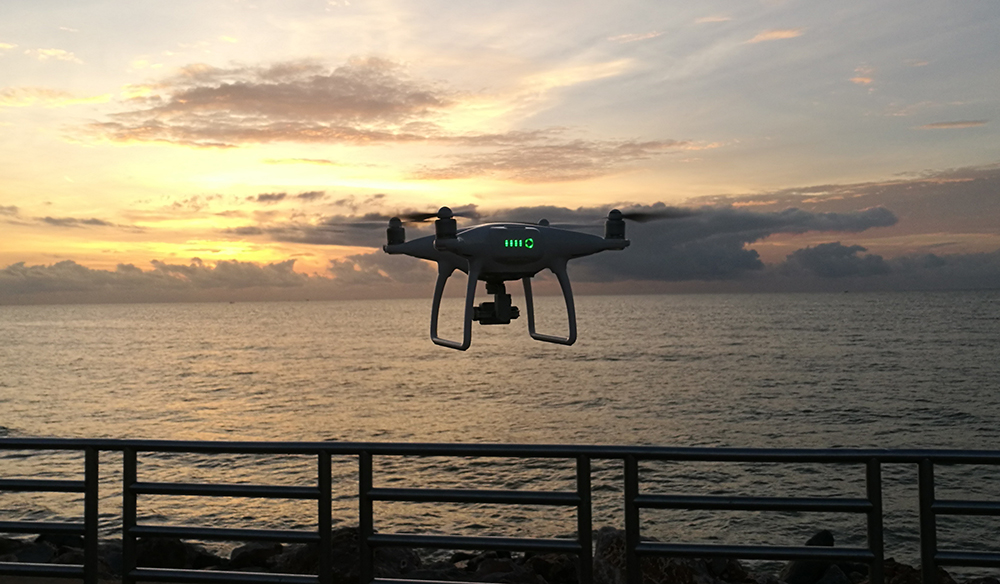 Future Tech: Peek Into The Future of Aerial Cinematography

The days of dual drone pilots and camera operators may be numbered. According to MIT News, scientists at the Massachusetts Institute of Technology are currently developing a new software that allows drones to frame (and maintain) shots while performing aerial maneuvers — while also avoiding obstacles).

While self-flying drone technology already exists on the market, MIT’s new software may be the beginnings of a far more autonomous and intelligent version that can recognize more precise framing concepts and opportunities. As you can see in the examples above, the technology can recognize and program variables such as shot size, viewing angle, and screen position.

“The key to the system is that it continuously estimates the velocities of all of the moving objects in the drone’s environment and projects their locations a second or two into the future. This buys it a little time to compute optimal flight trajectories and also ensures that it can get recover smoothly if the drone needs to take evasive action to avoid collision.” —Javier Alonso-Mora, MIT

The new software also represents a major advancement in AI-recognized elements such as velocity and location. The drones can “update its position projections about 50 times a second,” which allows for greater calculations and predictions for where it needs to be to avoid collisions while maintaining viewpoints.

While MIT’s new technology and software may be a work in progress, it shows how quickly the tech is advancing and offers a glimpse into just how intuitive and autonomous future iterations may be.

For more resources on future tech and drone technology, check out some of these resources.

What do you think of autonomous aerial drones? Let us know in the comments.