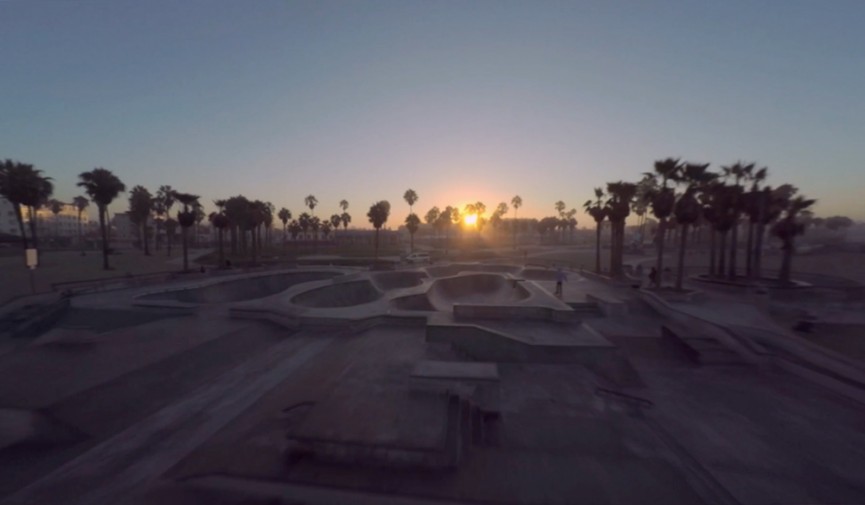 Learn how this incredibly smooth aerial drone footage was captured with a micro drone and then stabilized with ReelSteady in After Effects.

With a GoPro mounted to a micro drone, filmmaker Robert McIntosh took to the sky of Venice Beach. If this sounds like every drone video you have ever seen, you are in for quite a surprise. Not only will you be transported above the famous sandy beach, but you are taken in, under, over, and through many of the beach’s famous landmarks.

Just take a look at the final video, Rise & Shine.

Rise & Shine is a truly impressive video. Not only does McIntosh expertly fly through incredibly small spaces, the footage remains perfectly smooth through the entire flight. He was able to pull off the look by using ReelSteady, the latest After Effects stabilizer app.

This isn’t the first time McIntosh has blown us away with the stabilization in his videos. In fact, he is one of the co-founders of the ReelSteady plugin. He and Andy Russell, the guy who coded the plugin, have been impressing us with their stabilized videos since they first started showing up last year.

If you are curious to the effect ReelSteady had, just take a look at the drone footage before stabilization. This is probably the drone video you were originally expecting.

We have previously talked about ReelSteady as a great way to stabilize footage in After Effects. With this latest video, it looks like ReelSteady has been making some serious updates since it first started making headlines as the After Effects Plugin That Could Spell the End of Stabilizers.

We wanted to know more about the making of this video and the current status of ReelSteady, so we reached out to McIntosh to talk to him about his piloting skills and his post-production workflow.

What type of drone did you use?

A 250 ARF Quadcopter CC3D with a 1 axis servo mount. The drone was controlled with a basic 2.4GH radio.

Were you using FPV goggles when piloting?

Yes, I was using the FatShark BASE SD FPV Headset with the ImmersionRC 5.8Ghz Audio/Video Transmitter and ImmersionRC Duo 5800 v4.1 A/V Diversity Receiver.

How many attempts until the final run?

That was the first one.  Care was taken to go extra slow to make it as un-challenging as possible. The route was walked over several times over the course of many months.

What was the post-production workflow? Did you stabilize in ReelSteady first?

Was this done with ReelSteady in CC 2014, or has ReelSteady been upgraded to work with CC 2015?

This video was made in CC 2014.  Unfortunately we are still waiting on Adobe to patch some known bugs in their latest version before we are able to support it.  As soon as that happens, we should have a version supporting CC2015 on both Windows and Mac shortly afterwards.

Have you had a chance to use ReelSteady yet? Share you experience in the comments below.