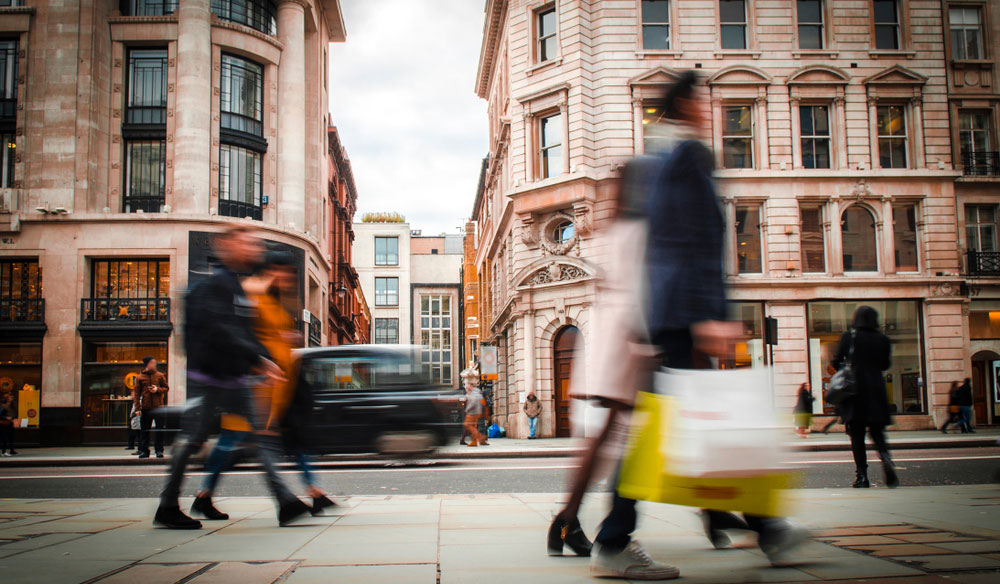 The Secret to Motion Blur in Adobe Premiere Pro

When shooting video or creating animations and motion graphics, motion blur is one of the fundamental elements that creates realism in an image.

It’s also something that you can manipulate for creative purposes, so it’s important to understand how it works. Let’s take a closer look at this visual phenomena.

When viewing the world around you, you’ll naturally see a blur effect, as objects are moving past at a rapid pace. This is motion blur.

Of course, there are practices to help match the normal motion blur “look” achieved by the human eye. For shutter speed, simply double your frame rate and plug that number into the denominator of your shutter speed. For example, if I’m shooting at twenty-four frames per second, then I’ll use a 1/48 shutter speed (24fps x 2 = 48).

We measure shutter angle in degrees, with 180 degrees being the standard (roughly equivalent to a shutter speed of 1/48 at 24fps). The higher you bring this number, the more motion blur you’ll introduce into your image. Bringing it lower will give you the opposite effect.

When creating animations or working with motion graphics, you can simulate and make adjustments to motion blur. For example, in Adobe After Effects, it’s as simple as clicking a master motion blur button and then activating the blur for each individual layer. The advanced composition settings in AE give users even more control, allowing adjustments for shutter angle and a handful of other properties.

Again, these tools are important because motion blur breathes life into your image. Leaving it out will lower your production value.

Adobe Premiere Pro users understand the importance of motion blur far too well. Much to their frustration, motion blur is nowhere to be found in this powerful NLE. Even when searching the plethora of tools in their powerful Essential Graphics panel, there’s no option to enable motion blur. Why offer up so many tools for graphics and keyframing when you can’t add and manipulate one of the foundations of motion?

Premiere Pro users needn’t fret, as there’s indeed an option to enable motion blur — just not a straightforward one. And, this option does give users a natural directional motion blur, without excessive keyframing and tweaking.

Let’s take a step-by-step look at how to make it work by animating Premiere’s logo.

How to Add Motion Blur in Adobe Premiere Pro

First, I’ll open up the Window > Effects panel. Next, I’ll navigate to the Video Effects > Distort subfolder. I’ll grab the Transform effect and drop it over my logo clip in the timeline.

The Transform effect gives me a number of keyframable properties, including many of the same attributes available in the Motion tab of the Effect Controls panel. For this example, I’ll animate the X position, making the logo move from side to side at a quick pace. Once animated, I’m ready to turn on the motion blur.

Activating the motion blur is as simple as deselecting Use Composition’s Shutter Angle, and then setting the Shutter Angle to whatever you want. Again, 180 degrees is the standard. Taking it higher will introduce more blur, while lowering it will reduce the blur. It’s important to remember that you must animate the properties in the Transform effect for the motion blur to work, not under the Motion tab.

Creating a preset will allow you to quickly apply motion blur on future clips — streamlining your workflow. To create one, right- or control-click on the Transform effect in the Effect Controls panel and select Save Preset. Name the preset and add a description, and your motion blur effect will now be waiting for you in the Presets folder of the Effects panel.

There you have it — motion blur inside of Adobe Premiere Pro!

Looking for more Premiere Pro tips? Check these out.