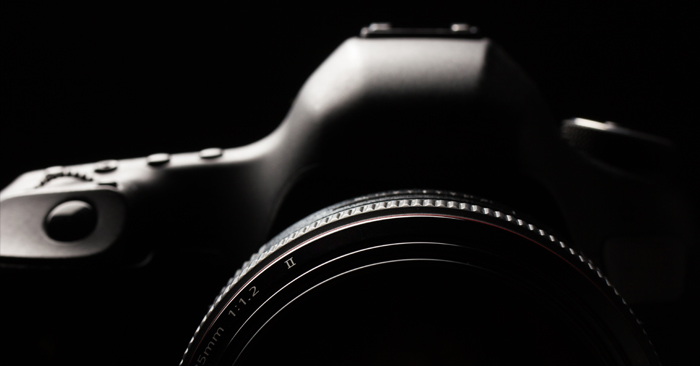 What You Need to Know When Buying a Used DSLR

In many cases, buying a used DSLR allows you to get a lot of bang for your buck – but there is a lot to consider before deciding to drop down your hard earned cash.

One of the greatest barriers to filmmaking is the amount of money you need to invest in yourself and in your projects. This is especially challenging for new filmmakers who don’t have a lot of money to spend on equipment. Between lenses, camera bodies, lighting, and accessories there is only so much money to go around, and this doesn’t include the money you’ll need to actually fund your projects.

It’s not all bad news though, as these days there is more used gear on the market than ever…especially with regards to DSLR bodies. The key is knowing what to look for in order to make the right investment. As such, I’ve outlined a few key tips for purchasing used DSLRs below to help you make the right choice.

Professionals are notorious for treating their camera gear poorly. In production, a camera isn’t typically treated well as there are many different hands on the camera on any given day, and it is being used day in and day out. For this reason (amongst many others), buying a DSLR from a professional shooter is likely going to mean that the camera you’re buying has a lot more wear and tear on it than if you were to buy if from a consumer. I have personally bought loads of used cameras from consumers, and often times they have barely even used them at all. So whenever possible, look for inexperienced shooters to buy gear from as they usually keep it in the best condition possible.

A camera may look fine on the surface, but if you really want to know how much it’s been used be sure to check the shutter count. The shutter count shows you the amount of actuations that the shutter has completed, and this will give you a relative idea of how long the shutter has left before it will need to get replaced. This is especially important if you happen to be buying a DSLR to shoot still photos with (since the shutter gets way more wear on it when shooting stills), but it’s still a big consideration even if you only shoot video. Check out our previous post on how to determine the number of of shots your DSLR has taken.

There’s really no sense in buying a used camera if you are purchasing the current years model. Most of the time, if you are buying the most current model of a camera second hand, you’re not going to be getting a great deal on it and you will likely not be getting a warranty on that piece of gear. The whole point of buying used equipment is obviously to save money, so if you aren’t really saving much then do yourself a favor and cough up the extra couple hundred bucks to get a current camera model that will give you the peace of mind of knowing you have a full warranty.

If you’re set on buying a used camera though, make sure to get last years model as that’s the only way you’re going to save any substantial money. In many cases, the current model of a camera is not going to be that far off from it’s predecessor (with regards to specs), so don’t buy into the hype that you need the latest model to make your work look good.

Don’t Forget to Inspect the Sensor

Whenever anyone inspects a camera that they want to buy, they tend to look at nearly everything (including the body, the viewfinder, LCD screen, etc.), but nearly always fail to inspect the sensor. As I stated earlier, it doesn’t matter how amazing the camera looks on the outside, if there are any issues that are lurking beneath the surface you need to identify them as soon as possible.

The biggest and most common of these issues are scratches or imperfections on the sensor. You need to be very careful about buying used gear as the seller may not be completely truthful about the condition of their DSLR, and sensor issues are relatively common amongst older cameras. Be sure to shine a light at the sensor before signing off on the deal, and make sure everything looks nice and clean so you can put your mind at ease. If you don’t do this, you will be kicking yourself down the road when you notice major issues with your footage.

For many reasons, including those stated above, it’s extremely important that you test shoot with the DSLR you want to buy before committing to the sale. Whether there is a sensor issue, a recording problem, a faulty LCD, or any number of other common problems, you likely won’t know there is an issue with any given DSLR until you actually shoot with it. I would recommend that you not only shoot with the camera, but also look at the footage on a proper monitor to ensure that there aren’t any noticeable problem areas or artifacts that may not have been visible when playing it back in the camera. Always bring an SD/CF card and a laptop (or card reader) with you when checking out a used DSLR, and don’t be shy about taking test shots.