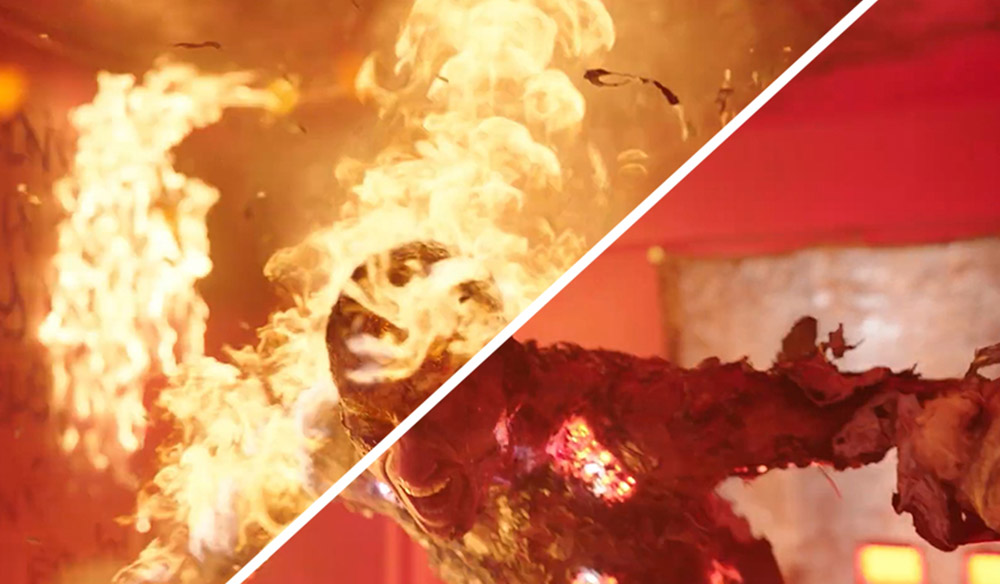 Netflix’s ‘Project Power’ is a Sleeper Hit With Killer VFX

Project Power just debuted at the top of the Netflix Top Ten list, and the the film is absolutely packed with slick VFX.

I fired up Project Power last night, and, truthfully, I wasn’t the least bit excited about the film. The original trailer lacked anything that grabbed my attention, so my expectations were low. But, much like when I caved to watch Trolls 2 earlier this year, my desire to watch something new — please, universe, I beg of you, just give me something new — got the best of me. And I’m glad it did. I’ve got to say it, this film impressed me.

Now, yes. It is, in fact, your everyday, standard-issue, fairly predictable action film. Nonetheless, this movie shines in its casting, cinematography, and VFX.

I’d definitely have to highlight the work of Dominique Fishback, who really stood on her own in between Joseph Gordon-Levitt and Jamie Foxx. The film was also beautifully shot by Michael Simmonds, the DP behind two of my favorite shows —The Righteous Gemstones and Vice Principals — as well as the two latest Halloween installments. But it was was the VFX-heavy action scenes that impressed me most.

Spoilers ahead. You’ve been warned!

Between the last 374 superhero blockbusters and high-production-value streamers like Amazon’s The Boys, you’d be forgiven for thinking we’ve just about seen it all regarding on-screen superhero VFX. Yet, there’s no way around the fact that Project Power handles these kinds of set pieces in a way that just feels different.

There are three scenes in particular that come to mind immediately: The comedic invisible robbery, the frozen woman, and the one we’re going to take a closer look at, the man on fire. Let’s dive into the explosive reveal of this raging inferno.

If you haven’t yet seen the film, here’s the specific clip I’ll be referencing.

Early in the film, we meet a character named Newt, played by Machine Gun Kelly. Obvious action tropes come into play, and then the character has to take a drug called “Power” to enable the superpowers within. Newt’s ability? He can make himself catch on fire. You know, like some sort of Human Flame or Person Torch. Follow?

Okay, yeah. He’s sort of like the Fantastic Four’s Human Torch, but with one big difference. Compared to the cartoonish hero portrayed by both Chris Evans and Michael B Jordan, when Newt catches fire, it’s raw. It’s nasty. It is a man literally being burned alive as he rages through an apartment complex.

As you can see above, Project Power doesn’t shy away from gruesomeness. They don’t even dial it back a little. Project Power stands up on a chair, clears its throat, and points  — this man, he is on fire. Look upon him.

Now, let’s go behind the scenes with this video from Netflix. 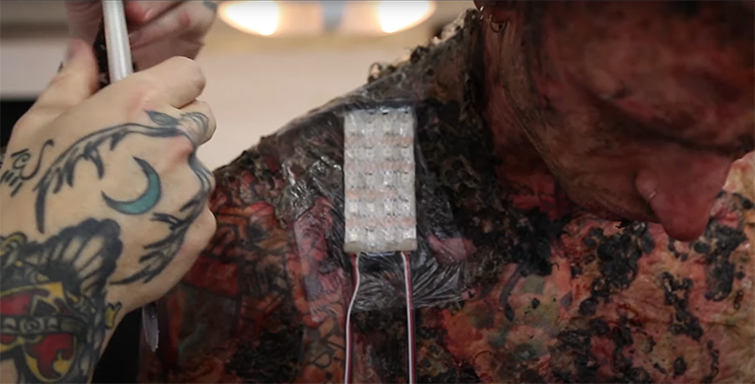 In a five-hour process that, uh, Machine Gun — or maybe it’s just Kelly? Anyway, Machine Gun Kelly had to spend five hours a day with the VFX team as they embedded LED light panels, wiring, and power sources within the actor’s prosthetic suit.

It’s a fascinating breakdown that you should watch in order to truly appreciate the serious complexity of a sequence that culminates with a challenging shot of a flaming Machine Gun Kelly combusting in a bathtub full of water. Neat stuff.

Finally, in the clip below, you can hear directors Henry Joost and Ariel Schulman talk about the film’s mood board and their raw approach to creating these visceral superhero images. The video is chocked full of interesting nuggets on the film’s evolution from storyboarding to final product.