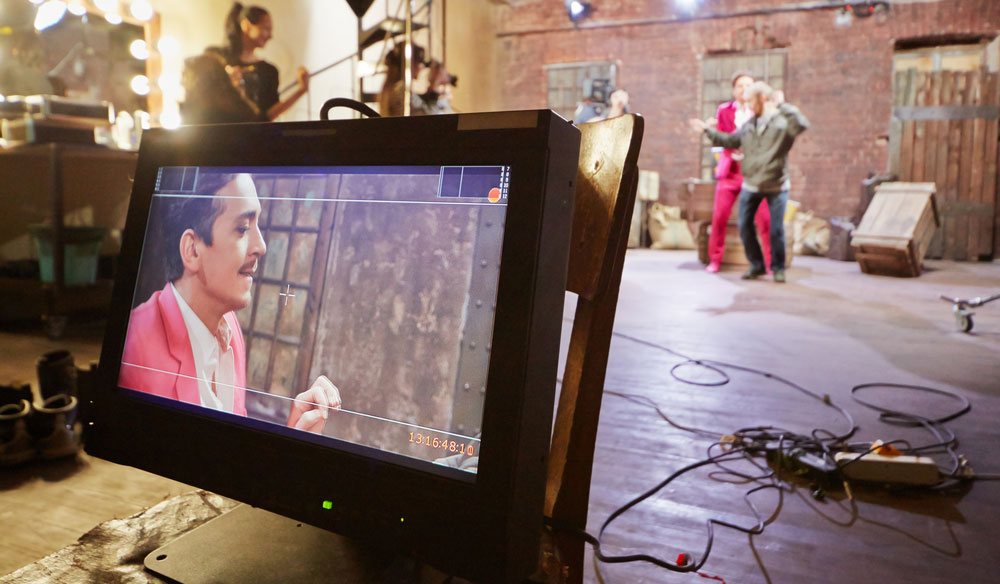 In the second installment of our two-part Acting Crash Course, we’ll discuss professionalism and what you should expect on set.

You’re new to acting, but you’ve landed a part! Whether you’re just trying out acting or helping out a friend with an indie project, you’ll need to know a few things about how a film set actually works. Of course, there are several very important details you should know before heading to a set, which I covered in part one of this Actor’s Crash Course series. After you read up on that, continue on below, and we’ll go over what to know on set. 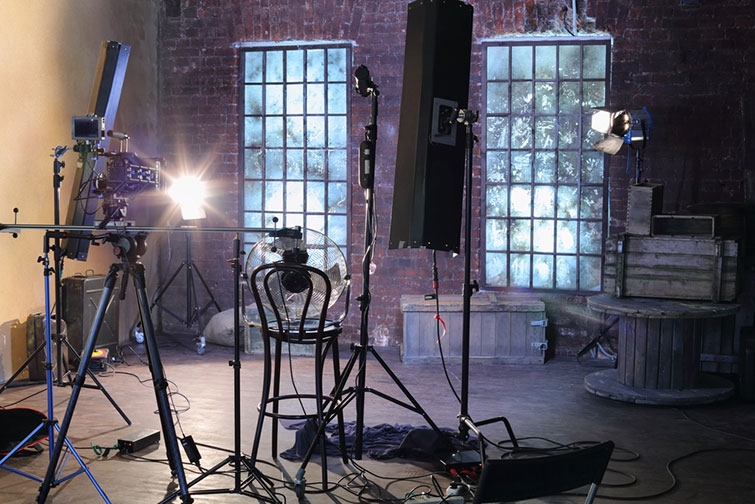 At least! Fifteen, if possible. You want to make sure you have time to get to set, check in, find makeup and wardrobe, and settle in. Film sets have to run on strict schedules in order to make their daily page counts, and the lower the budget, the more likely this production will only have a day or two at any given location. Show up ten to fifteen minutes early every day you’re needed, and be prepared whenever they’re ready for you.

A note on makeup: find out if the filmmakers want you to show up with your makeup already applied. Sometimes they’ll want to have their makeup artist do it, depending on the scene. Otherwise, they may ask you to do it yourself — and in a certain manner. If you’re not sure, or they seem unsure, just show up with either no makeup or minimal makeup and be sure to bring your supplies with you, in case you need to apply once you get there.

How to Do a Sound Test

When you’re finally called onto set, one of the first things you’ll likely have to do is a sound test. Whether it involves a boom mic overhead or a lavalier mic hidden in your costume, the sound crew will need to check your levels to make sure they’re getting the best possible recording. This requires you speak for the mic. (Notice I said for and not into.)

There are several common mistakes I see with new actors, non-actors, and people being interviewed on camera when they’re asked to do a sound test. First, they look directly at the microphone and speak into it. Don’t do this. When the camera starts rolling, you won’t be talking directly into the mic, so don’t do it for the sound test. The crew will adjust the position of the mic and the levels of the recorder to best capture your voice in the scene. If you turn to talk directly into the mic, and they prepare for that (which they shouldn’t) then the sound they record will be very different when the cameras roll and you then talk away from the mic. Orient your mouth in the same direction you will use in your scene. Boom mics are extremely focused, designed to cancel out surrounding sound. Speak as you will in the scene, so the boom operator can adjust accordingly.

Second, new actors will often not speak in character during a sound test the way they will during the scene. You need to deliver your lines just as you would in the scene so sound can adjust accordingly. For instance, you’re about to shoot a scene where you start yelling furiously at an attacker. Before the scene, you do a sound test. However, instead of yelling, you just talk normally, even quietly. If sound adjusts for your normal, quiet voice, and then you start yelling during the actual take, you’re going to peak and ruin the audio — and likely the sound crew’s ears.

(Note: if you need to yell during your sound test, alert the crew. Don’t surprise them.)

Third, you should keep talking during a sound test until audio tells you to stop. Don’t just deliver your line once; give it a few takes. If they still don’t seem to have it, you can just recite the alphabet until they’ve adjusted their levels and situated their mics appropriately. Obviously with yelling scenes, you shouldn’t wear out your voice, so wait for them to cue you on your next yell. But for scenes involving normal or less-strenuous deliveries, keep talking. 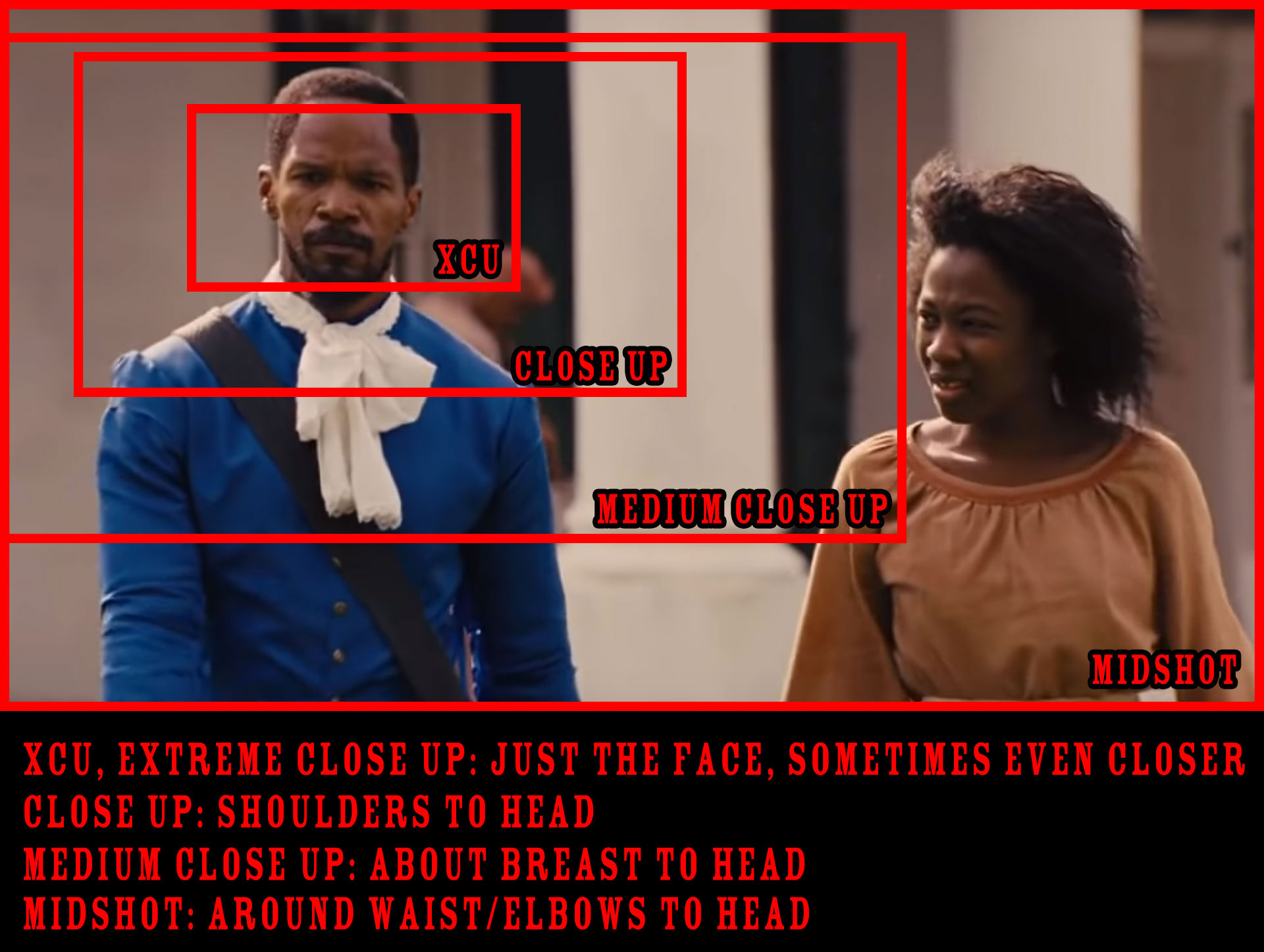 In the previous article, we went over the different types of framing. Be sure to study and memorize them, so you’re ready when the director or cinematographer gives you framing instructions. But even once you know it by heart, it’s good to check your framing. You can use your hands to work with the camera operator to get the precise framing. This way you know for sure what range you can act in.

It’s also important to check the depth of field. The depth of field determines the range at which something is in focus. Different lenses create different depths of field — and the scene lighting can also affect this. Be sure to check because it’ll be crucial in determining how much you can move. The deeper the depth, the more range you have. The shallower the depth, the more important it is to hit your marks.

Don’t break character until the director calls cut. This sounds obvious, but often, once a new actor thinks the scene is done, they’ll stop acting and look directly into the camera. Stay in character until you hear “Cut!” Those extra few seconds are crucial for editors, and sometimes the director may want to hold the shot on your expression or on the way you move, so stay in character, and give them that performance!

Additionally, don’t wait until you hear “Action!” to get into character. Be ready before the camera starts recording.

Naturally, there’ll be times when you or someone else forgets a line or accidentally does something funny and everyone breaks character. This is okay. Just refocus and go back to it.

Hurry Up and Wait

There’s a common phrase in the film industry: “Hurry Up and Wait.” After a day on set, you’ll understand this. Just keep in mind that there are many different factors that all need to come together to make a single shot happen. The lighting has to be just right. The camera crew needs to set up their exposure and and angles. Sound needs to find a way to capture the best audio — without getting in the shot or impeding the actors or crew. Almost every department is involved in every shot. Just be patient.

Show up on time with your lines memorized, be polite, don’t cause a scene (outside of the scene being filmed, that is). However, being professional doesn’t mean doing anything the director tells you. Being professional means sticking to a contract, even if that contract is an oral one. I mentioned this in the last article, and I just want to touch on it again. Be willing to try new things on set. But if you’re asked to do something that makes you uncomfortable, or unsafe, don’t do it.