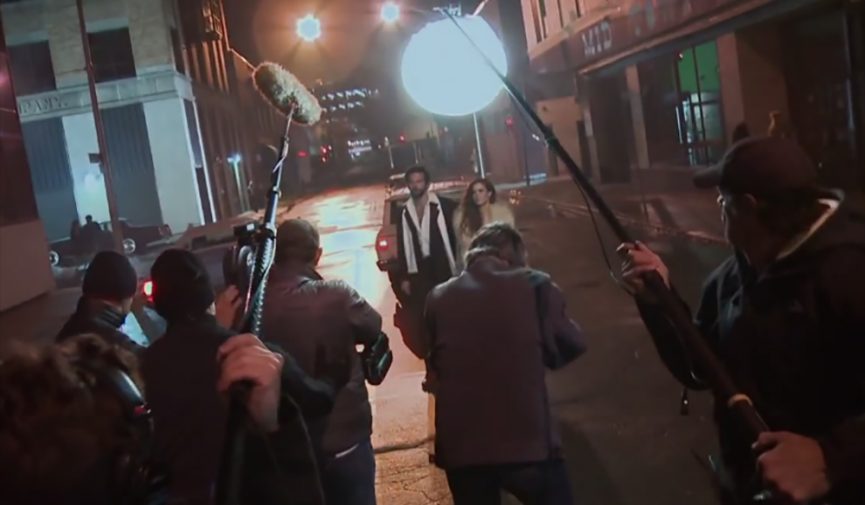 Moving Lights At Night on An Indie Budget

Need mobile lighting on a DIY-budget? These tips will help you get the most out of your moving night shots.

Set lighting, for the most part, is stationary. However, when an actor is moving, especially at night, lighting is a different ballgame. For example, say your script calls for a character to walk from the back of a restaurant through an alley and to her apartment. The director wants this shot in a single take. In the daytime, this might be easy to pull off, but at night, it presents a problem. Any stationary lights situated along the side, top or bottom of your frame will come into view at some point. You could always light a balloon or a cherry picker so the setup is completely out of frame, but what if that is out of your reach? 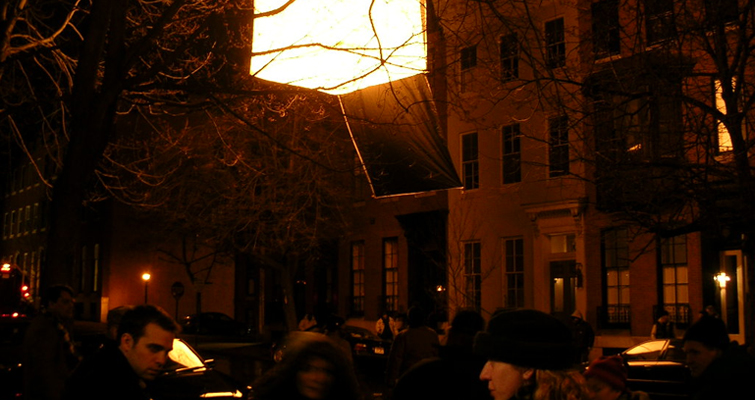 Instead, consider moving a light along with the actor. These methods are all low cost, and even feature filmmakers take advantage of them when they can.

Lanterns are ideal for projecting soft, localized light. The most important aspect of a moving light in this circumstance is to make sure the light is soft. A hard, focused beam will quickly make your actor look like they are walking under a spotlight.  Using a China Ball for a shot with an actor moving through a house with the practical lamps on also works really well. 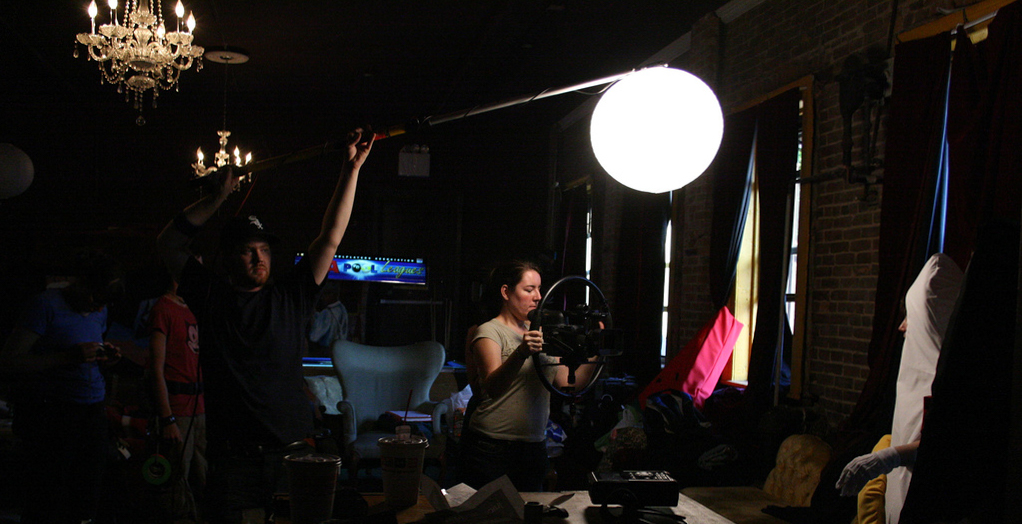 Image via Center for Creative Media.

You can pick up a China Ball from Ikea for next to $20. Alternatively, there are companies such as Chimera that specifically build higher-quality lanterns that are more durable, fire resistant, and ready for accessories. For a more extensive read on Chinese Lanterns, see this article.

The following Film Riot video suggests a similar method but with an LED light panel instead of a China Ball. However, I would recommend diffusing the LED light, as it might look harsh and artificial in comparison with light falloff from practicals in the house.

The simplest form of illuminating your subject while they move is by using a bounce board, which is ideal for day shoots. 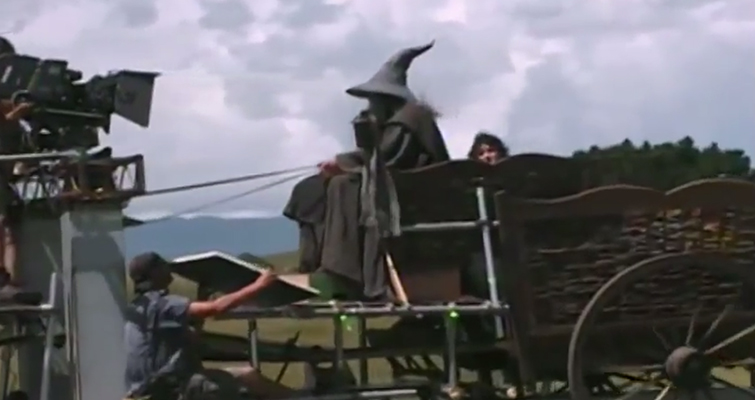 For night shoots, however, this method presents a few particular obstacles. You already need to be in a well-illuminated area to bounce light. If your scene takes place in a suburban street where the only illumination comes from street lamps a hundred feet apart, it’s not going to work very well. If your character is walking down a city street lit by store lights, bar signs, and other sources, you’re going to have a lot more light bounce. 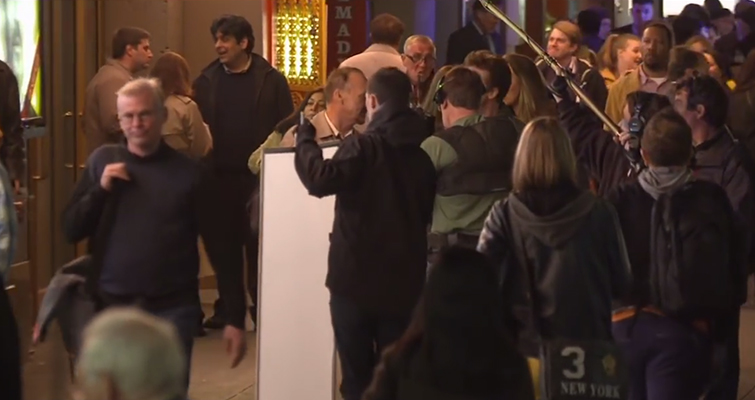 It would appear that this technique was put to use in Alejandro González Iñárritu‘s Birdman.

A ring light is typically a circular LED light fitted onto a camera lens. They’re incredibly popular with YouTube vloggers because they smooth the skin complex and give the eyes a halo ring. If you increase the size of the light and swap out the harsh LEDs for kinder tungsten lighting, you get a soft, ambient glow, much like the China Ball, but with more kick. 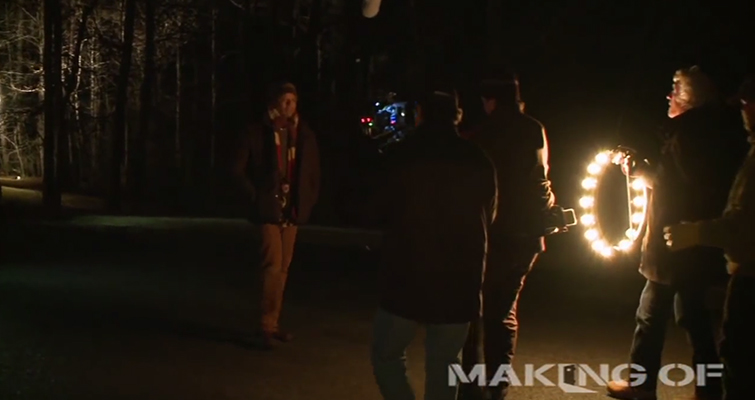 Esteemed cinematographer Roger Deakins used this to great effect in Prisoners. Terrance Howard’s character is walking towards a memorial service where hundreds of candles have been laid out. Deakins moves back with the actor, while also slowing down the closer he gets to the candles to sell the effect that the character is moving nearer to the light source. It’s a great technique, and I’m not sure that there are many other methods that would have worked in the same setup. 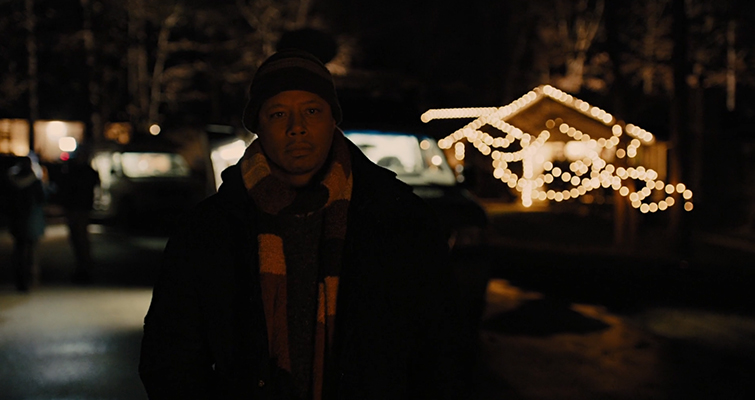 Do you know any DIY methods of lighting a moving actor at night? Let us know in the comments.