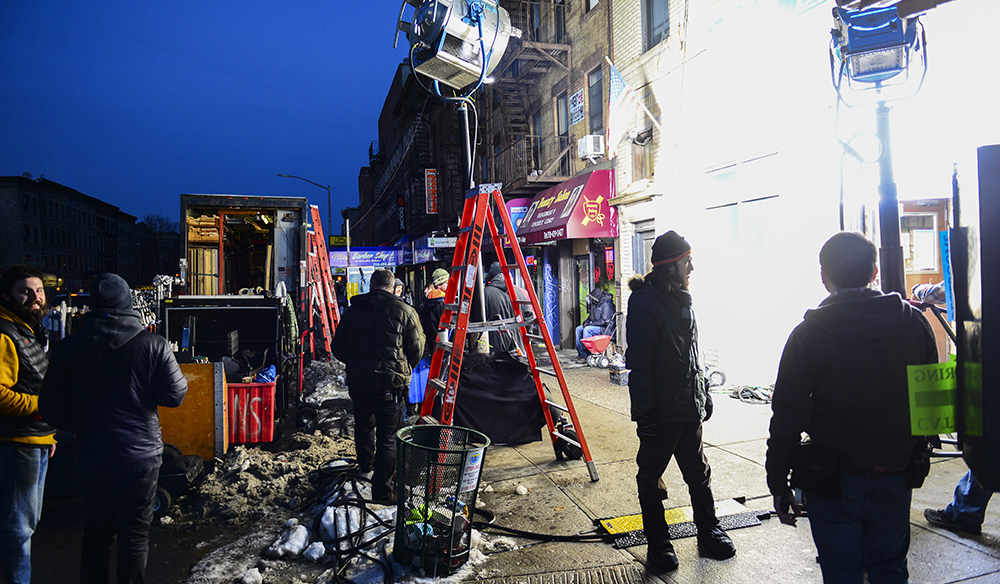 No filmmaker wants to find themselves going into overtime on set. These five production tips will help you avoid going over time and over budget.

On a film set, time is literally money, especially with regards to overage fees. If you’ve ever been on a film set that’s about to go into overtime, you know there are only two outcomes — either you wrap on time and sacrifice finishing your shots/coverage, or you keep shooting and pay hefty overtime fees. Neither choice is good, and no filmmaker wants to find themselves having to choose between salvaging the creative direction of their film, or keeping their budget in check.

It may never be possible to avoid this situation entirely, but there are plenty of things that you can do both on set and off to keep your day moving efficiently. Below are five of the most crucial production tips for keeping your production in check:

Your ability to pre-visualize your shots and understand the coverage you need on any given scene will be immensely helpful in saving you time on set. Storyboards and shot lists are the two most essential tools to have while shooting. They’ll keep the day moving along and help ensure you aren’t scarfing any critical shots. Taking the time in pre-production to properly break down each scene will mean that you don’t need to spend that time on set, and can instead focus on rolling more quickly and efficiently.

Many independent directors focus so much effort on finding the right creative crew, but don’t focus enough on the production side. As a result, hiring a solid 1st AD is often neglected. More so than anyone else on set, it’s the job of a 1st AD to keep the day on schedule and ensure that all of the shots are being executed in a timely manner.

Never assume that you can take on AD roles yourself, or that your producer can double down as a 1st AD. If you expect to keep your schedule in check, you need to have a crew member who is solely dedicated to keeping the day moving along — otherwise you’ll almost certainly fall behind.

When you first arrive on set for a twelve-hour day, it can feel like you have all the time in the world to get your shots. In reality though, the clock is ticking and many productions fall behind schedule before anyone has even had their morning coffee. Most of the time, the beginning of the day will move far more slowly than it should, and it can take a couple of hours before the first shot is even knocked off.

Productions that follow this pattern often miss shots or go into overtime because it’s impossible to make up time lost at the top end of the day. Aim to have your first shot in the can within the first hour of arriving on set, as it helps to set the tone for how swiftly you’ll move throughout the rest of the day.

On low-budget independent films, it’s common for filmmakers to skip the tech scout during pre-production, only to be faced with issues on set that could have been avoided. For instance, you might arrive on set only to realize that the lighting kit you’re working with is not compatible with the power source at your location.

If you had done a proper tech scout beforehand with your DP/Gaffer, you would have known this and come to set prepared. But having not done a tech scout at all, you’re now faced with solving this problem on set which can potentially eat into several precious hours in your day.

Lunch is arguably one of the most important parts of the day on a film set, as your production will fall apart if your crew isn’t well fed and ready to work. That said, avoid taking extended lunch breaks and try to keep your lunch to a standard thirty minutes in order to keep the production on track.

While you may be tempted to take an extra few minutes to chat with your crew or start reviewing some footage during lunch, doing so can be a slippery slope — and before you know it, your thirty-minute break turned into an hour or more. The good news is, if you’ve followed my advice and hired a 1st AD, he or she will make sure you wrap up on time, whether you’re watching the clock or not.

Know of any other efficiency tips for film productions? Share them in the comments below.