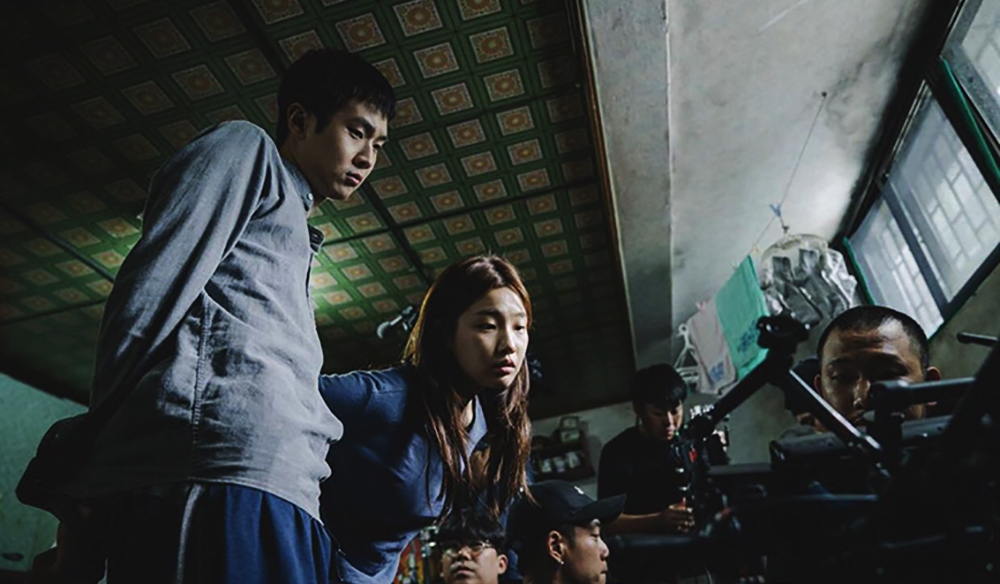 It’s hard to explain the theater experience you get from watching Parasite. It’s an absolute roller coaster of genres, shifting from an energetic drama to a satirical take on class structure, then blasting you down a steep hill out of nowhere into terrifying thriller territory. It shifts, moves, bends, and weaves through traditional film-genre structures, leaving the audience with a dazzling yet confusing ending. But what else could we expect from master filmmaker Bong Joon-ho?

Parasite has dazzled audiences around the world, currently raking in $133 million worldwide, and securing both the Golden Globe Best Picture award and the Academy Award for Best Picture – The first foreign language film to do so. It also went for a historic sweep at this year’s Oscars – securing the awards for Best Picture, Best Director, Best International Feature Film, and Best Original Screenplay. 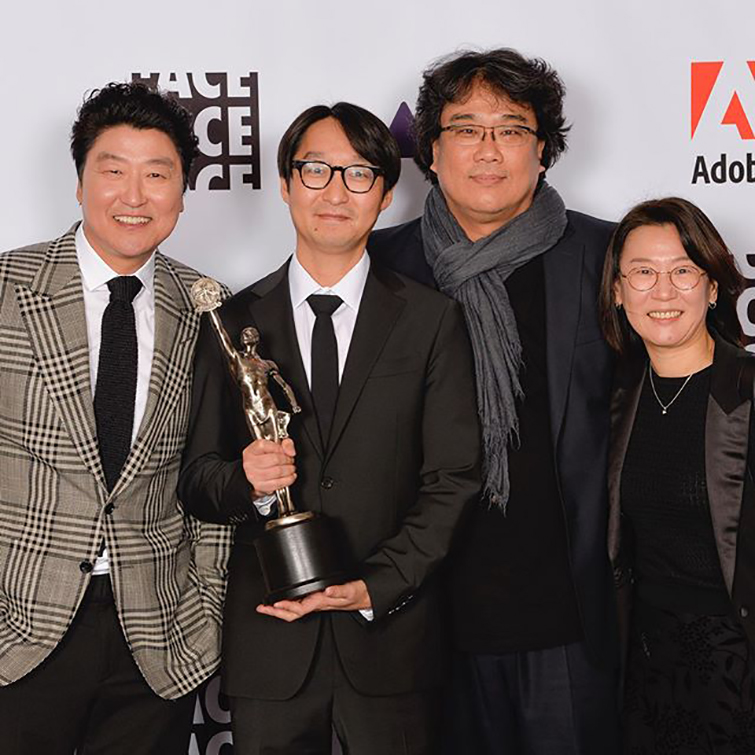 If we open the curtain behind the making of this incredible piece of filmmaking, there’s a lot of artistry that went along with Bong Joon-ho’s vision formed in the edit bay. That’s all thanks to Parasite‘s Academy Award-nominated editor, Jin-mo Yang. Jin-mo has collaborated with Joon-ho on some of his other famous works, such as Okja and Snowpiercer. We got to sit down with Jin-mo Yang to discuss his workflow for the film, and his process throughout post-production to deliver the final, fantastic result.

With a Little Help from On-Set Editing 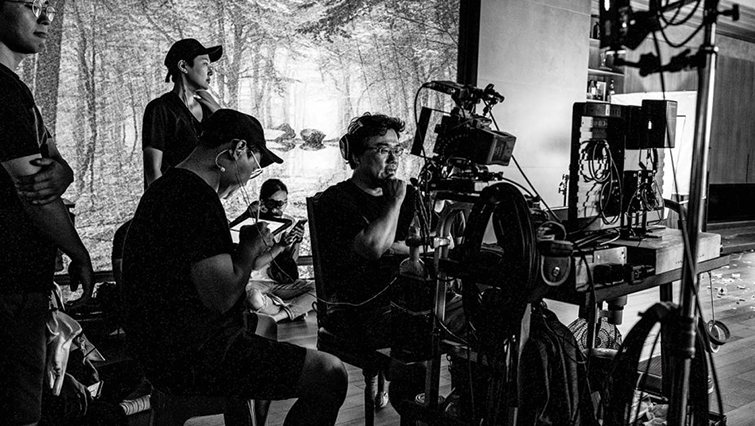 One of Jin-mo’s pocket tricks for capturing the energy during filming is by utilizing an on-set editor. His assistant would take the shots directly from the camera, then come up with a quick edit on-the-fly, so that the director and actors would have a solid reference to watch, while performing the scenes.

I had my assistant editor on set, who has done on-set editing for Okja in Korea, as well. I received the on-set edits in my editing room and gave direct feedback, preparing for final edit. So, those on-set edits were actually the assembly edits. What I have learned from on-set editing is that you could feel more viral energy on the set, which is unimaginable in the editing room. Such energy is, indeed, not essential when you edit, but it is a crucial experience that a filmmaker and an editor should acquire. On set, the production staff and actors struggle really hard to realize a scene, and the on-set editor should refine those scenes visually right after the shooting, and show those to the director in order to move onto the next scene with confidence. With such process, you can easily find the rhythm of the sequence, and finalize it with the pre-edited version with a basic structure.

Yang’s editing technique creates a rhythm for each scene. Image via CJ Entertainment.

This on-set editing trick is extremely helpful in avoiding a missed shot. And, since Bong Joon-ho does not record coverage or even master shots for that matter, it’s a great way to prepare the editor when he starts his first pass-throughs in the edit bay. 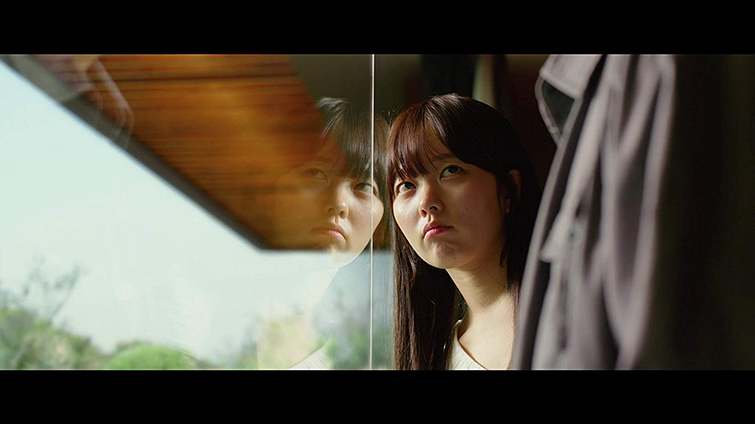 One of the most interesting bits to learn about Jin-mo (but not surprising to long-time seasoned editors) is his preference for Final Cut 7. Many old school editors know that the update from Final Cut 7 to Final Cut X was a drastic one, and turned off a lot of editors from Apple’s flagship NLE.

I use Final Cut Pro 7. I have been using this program for more than twenty years and I think this is the most convenient and stable program. But, since Apple does not support the program anymore, I needed to maintain the OS at Mac OS Yosemite version. I always start editing from the first scene. Mostly, I begin with rough cuts. For Parasite, on-set edits were the assembly edits. So, I watch entire on-set edits first and refine it from the scene Number One.

On-set edits helped both actors and crew with reference to timelines. Image via CJ Entertainment.

When I finish refining the scenes, I reaffirm the entire flow and tempo of the film, and then go back to the scenes that have problems, to edit them shot by shot. I repeat this cycle over and over until I finalize even the meticulous details. After we get music, ADR, and VFX shots, I put them in cuts so they could keep the flow.

As it goes for most editors, once you’ve found your preferred editing software, it’s hard to switch off of it. Now, we just need Apple to release a legacy edition of Final Cut Pro 7, so we don’t have to keep our computers on Yosemite to access the program. 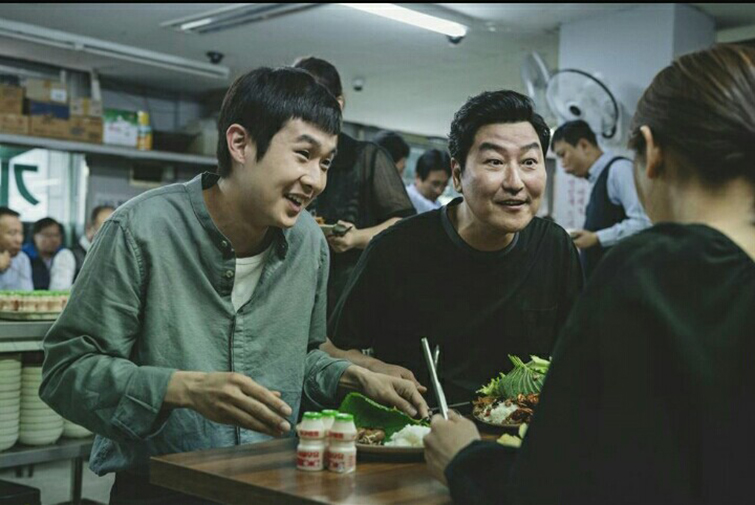 Parasite‘s detail-oriented shots and transitions assisted with the pacing of the movie. Image via CJ Entertainment.

One of the most fascinating parts of Parasite was it’s stellar pacing, all thanks to the extremely detail-oriented montage shots and the masterful transitions from one genre to another. But, on first watch, it doesn’t seem like any VFX was used to create these sequences. Since Jin-mo Yang has a plethora of experience with VFX — such as being the VFX supervisor for Joon-ho’s Snowpiercer — he was able to stitch together shots to get that certain look he wanted from the shot, that wasn’t captured on set.

I love the chaotic “Ram-Don” sequence. But, once again, one of the problems we faced while editing was that the pacing of certain shots were lagging. This went against the chaotic energy we were looking for.

One solution I came up with was to “stitch” together multiple shots that had great rhythms, so that they look like a single shot. For example, there is an overhead shot of Chung-sook’s hands preparing the ram-don. The problem was that Chung-sook’s movements were too slow, making the shot too monotonous. So, I suggested that we use different takes for each of her hands, to make it look like she’s moving them simultaneously. Upon viewing the final shot, you won’t notice that it was created by stitching various components from two different shots. 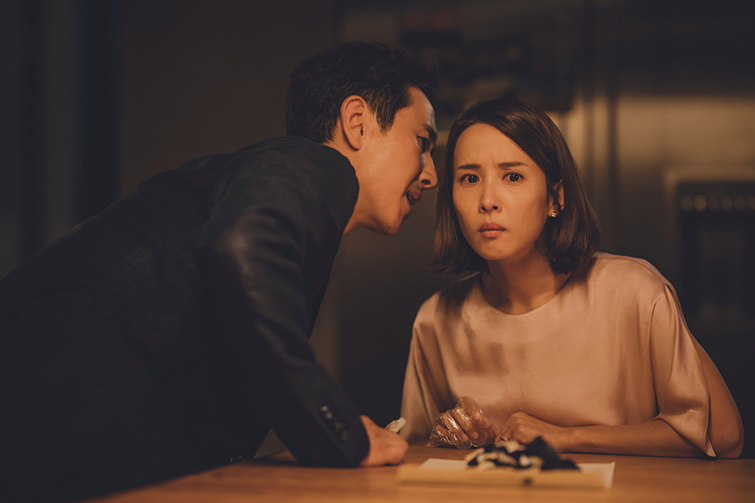 Another example would be the shot of Ki-taek and Ki-woo, each dragging Geun-se and Moon-gwang towards the underground bunker. This was also a composition of two different takes because after Ki-taek and Geun-se appear in the shot, it took a long time before Ki-woo and Moon-gwang appeared. So, once again, I stitched the figures so they were much closer together, and we were able to create a lot of action within a single shot. Through this technique, we were able to create the exact beats and rhythms we wanted. Although subtle, these adjustments furthered the chaotic energy we were pursuing.

As you can guess by now, stitching two shots as if they’re one was a frequent task of mine. One of my strengths is that my VFX skills are proficient enough to create convincing “mock-up” shots on the spot. Hence, we are able to experiment freely, without having to wait for the VFX vendors to create the shots. 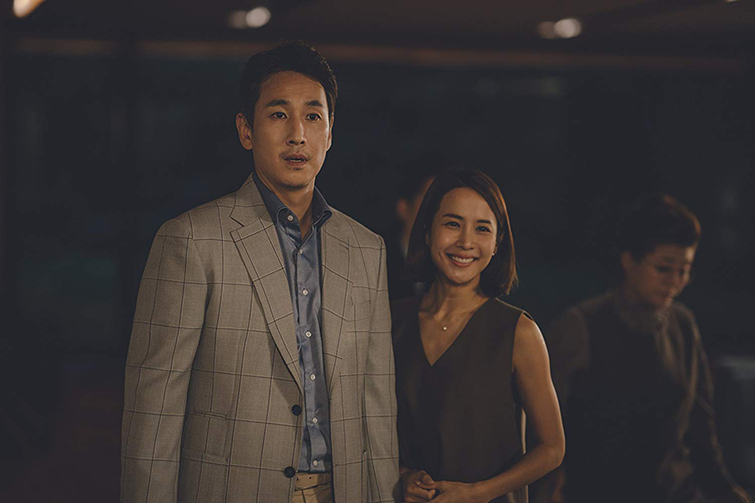 Editors know it can be a tedious process waiting for a VFX artist to get back to you with mock-ups, so having the ability to get the look you want on-the-fly, with your own experience, is a great way to get a rough cut looking the way you want before sending it out to get the VFX treatment.

Painting out the Rhythm of Pacing 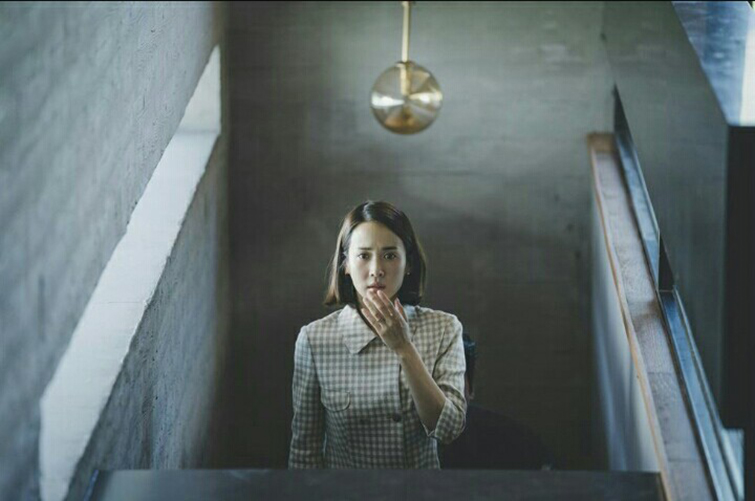 Tailoring a scene was of great importance in the filming of Parasite. Image via CJ Entertainment.

Since Parasite was formed mostly in the storyboards, with little room for improvisation, the full labor of editing was not as intense for Jin-mo as other projects he’s encountered. But, one of the hardest parts of the editing process was getting the right rhythm in some scenes. In the absolutely bonkers final scene of the film, there were a few moments that held extreme significance that needed to be examined and expertly tailored down to the very last frame.

Actually, Parasite had the smoothest process among what I have edited so far. Editing itself wasn’t hard. Rather than the structure of the film, I believe the most important thing for editing Parasite was the details and rhythm of some specific scenes. If I really need to point out one, I would like to say it was the “birthday party scene.” There is a scene where Ki-taek and Mr. Park talk to each other wearing Native American costumes. I put a lot of effort into that scene, as the essence of the scene was to maximize the tension between the two, and to capture Ki-taek’s emotional state with a delicate touch. I repeated this tons of time to shorten and loosen the frames in order to set a perfect timing for even the blinking moment of Ki-taek and Mr. Park. 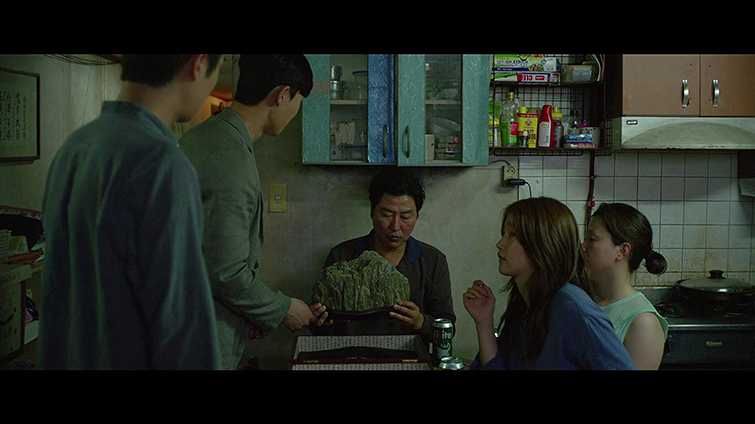 The details and rhythm of specific scenes were of great concern to Yang. Image via CJ Entertainment.

In the climax of the film, the patriarch of the Kim family, Ki-taek, takes a dramatic turn — in a chilling way — and stabs his boss, Mr. Park. This scene was a culmination of all of the events of the film coming together in an extremely chaotic way. Since the reveal is not explicitly told through dialogue, editing the takes preceding the stabbing took a keen eye, to look at the expressions the actors were displaying to get the message across.

The most difficult sequence to edit was fully conveying the change in Ki-taek’s facial expressions right before he stabs Mr. Park. Ever since I had received the screenplay for Parasite, I asked Director Bong why Ki-taek murders Mr. Park. At that time, it felt somewhat out of place. In the end, I believed in the acting prowess of Kang-ho Song (who performs Ki-taek). For every moment during this sequence, I labored to discover the most truthful emotions and facial expressions of Ki-taek. When Mr. Park “scolds” him for not playing along with the Native American theme party, his facial expression begins to change in such a way that the audience becomes convinced that Ki-taek is “changing” internally.

Looking for more on filmmaking and FVX? Check these out. 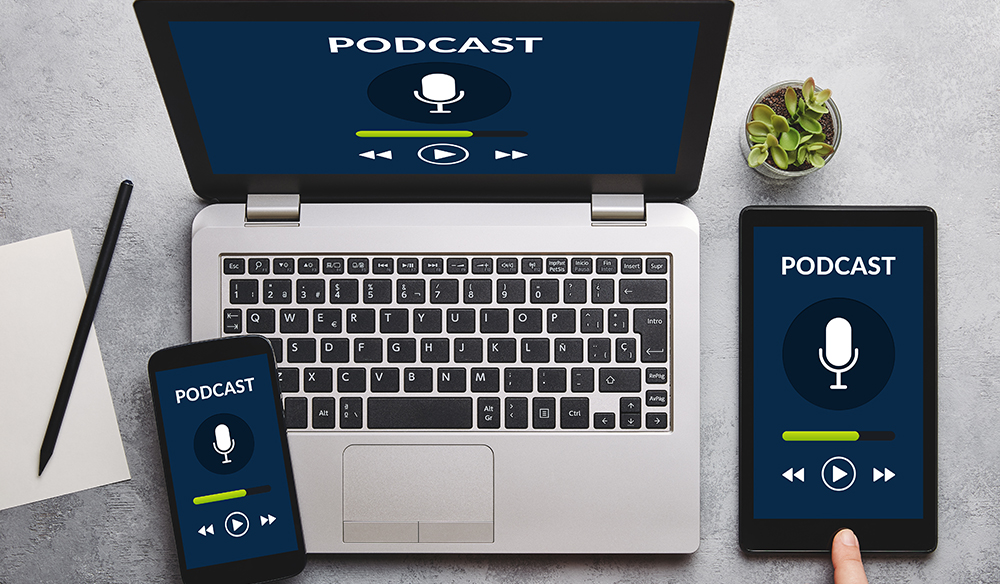