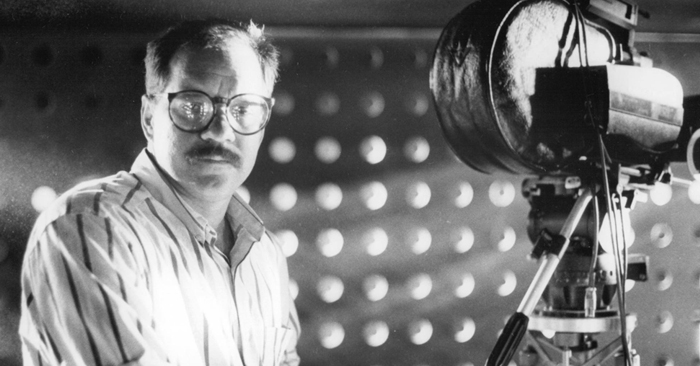 Hear from industry vet Paul Schrader as he talks the future of Hollywood and oncoming demise of the multiplex.

Paul Schrader, best known for writing such classic screenplays as Taxi Driver and Raging Bull, is also an accomplished director who recently helmed Dying of the Light starring Nicholas Cage and collaborated with author Bret Easton Ellis for The Canyons in 2013. Schrader recently spoke at an intimate venue at IFP’s Made in NY Media Center in Dumbo, Brooklyn about the state of the industry as he sees it.

After working for decades in the industry, one might think Schrader would hold onto more traditional ways of working. In fact, Schrader’s wisdom revealed him more in line with Futurist rather than Luddite thought when he expounded on topics ranging from writerly advice to the changing future of entertainment.

Schrader first addressed the construct of the two-hour feature film as an antiquated model in need of reinvention:

The goal of a storyteller is not to invest in technology, it’s simply to use the best tools available. If we come up with a better hammer, we use that hammer. The vessel of audio-visual storytelling has changed totally. The notion of the theatrical two-hour experience is a 20th-century model they came up with about a hundred years ago for economic reasons. [At that time] people thought that movies were a projected image in a dark room in front of an audience. Maybe that’s what movies were, but they aren’t anymore.

It’s finally now that we’ve broken away from the pillars of that 20th-century model. One pillar is length. To me, a Youtube cat video is a movie. So is Mad Men. One is four minutes long and one is about sixty hours long, but they’re both movies. [The second pillar is] economics. You can’t make your money showing in theaters, it’s just not there. [The third pillar is] the delivery system people prefer. [Other services compete against] getting me out of the house. The kind of movies people leave the house for are for something big, or something that is really benefitted by the communal experience. The reason can’t be, “here’s another movie like the one from last week.

Schrader maintained this broken 20th-century model carries over to our conception of the dramatic three-act structure used for ages:

The mechanism of the three-act drama has become so rustic. You can hear the gears clanking when you’re in the theater. People have seen so much audio-visual entertainment over the years. How many hours of drama did your father see? How many did his father see? By your 20s you’ve seen tens of thousands of hours of longform filmed drama, and it’s so old hat. Your father saw a fraction of that. How in the world can you get this mechanism alive?

One answer may come in the form of recent strides in television:

One of the beautiful things about episodic television is that it doesn’t have to climax in the third act. It can climax in the second, and the third act can be set up for next week. So we’re going back to a kind of one-reel mentality.

One of the things I’m finding so restricting about screenplays is that the brutal 3-act structure is so boring. I’ve started thinking about telling stories in a new way. I was thinking, if Fellini were alive today, how would he tell La Dolce Vita? That’s about the nightlife of Rome. People come and go, it’s really kind of an episodic thing. I think he’d do it as a 3-hour web series. Each episode only has to work for ten minutes with four to five scenes, one pop at the end and then you’re out. So you’re no longer making a 3-course, 3-act dinner. You’re now doing canapes, hors d’oeuvres and tapas. You give someone a [little bite] and the next thing you know they’ve eaten 20 of them! It’s a different mentality.

The way we’re reconsidering narrative is directly dependent on the way we now consume media. Schrader comments on its positive and negative aspects:

You’re cruising through the media all the time, and it gets very, very stimulating. That’s the positive part. You’re getting all these peeks into hidden corners of worlds. And if you read something interesting, you say, “there’s a story in there.” And of course with Google, research is so fast.

The negative is pretty heavy. The negative side is that it’s awfully hard to finish a book. I can’t watch a whole movie anymore without going outside at some point and checking my messages. It’s very hard to concentrate. I now go to a symphony in a way I never have before because I can’t listen to a symphony at home. I just can’t stand it. I don’t have the concentration and attention span to do it any more.

This overwhelming sense of media fatigue now defines how we process stories. The fact that we are rewiring our brains with our technology [means] we can no longer have the same experience we might have a few years ago. We can no longer watch The Godfather. The reason they’re not making Chinatown today is that no one will watch it. It’s too slow, you know? I just feel this enormous media fatigue and I don’t know how, if I were a young person, I would combat this.

Schrader hinted at the future of entertainment which might be found in the new generation that prefers to participate in their content.

The great mystery of entertainment is audience participation. We have probably the most passive medium in the history of storytelling. You don’t have to do anything to watch a movie. You don’t even have to stay awake. You don’t have to turn a page, you just sit there, it just pours over you. In reaction to this we’re getting a generation that doesn’t like to be quite so passive. They like to play video games and tweet with their friends. They like to have another little screen on the top which is a reaction to a screen they’re watching. If they’re watching the World Series, they can pop up and see a clip of the batter from another game.

The audience was quick to ask Schrader about his writing process, perhaps the aspect of the craft where he’s most seasoned. When asked who he selects to provide feedback on a finished draft of a script, Schrader said:

The answer is anybody. “Anybody” doesn’t know how to read a script, but they do know how to hear a story, and that’s where it starts. So i’ll say to you, “Can I buy you a drink? I’m working on this idea and I want to tell you a story.” And I’ll tell you and watch you and read your reactions, change the story, redevelop it. I don’t really care what you say. I just care about your eye contact, your body language. And if you can tell a story for 45 minutes and keep somebody interested, you have a movie. If you have any concerns about that, after a half an hour go to the bathroom and come back and don’t finish the story. If they don’t say to you, “what happened then?” you know you’re in trouble.

Your script should sing in the same way your oral presentation does. It’s a pitch. Some poor reader somewhere is going to bring home 8 scripts on Friday and that reader is going to get through two of them. You have to make sure yours is one of the two. I would be very wary of handing a script to somebody. First off, they’re going to lie. Second, they probably won’t even finish it. Thirdly, they’re going to blank out somewhere and miss whole sections of it, and you have no way to monitor how they’re reacting to it.

I don’t think you should sit down and write a script until you’ve developed it in an oral fashion, told it multiple times, outlined and re-outlined it so much that you know this works. After you’ve told it at different lengths six or eight times, at some point the idea is going to say to you, “I’m dying.” And that’s your lucky day, because you’ve just saved yourself six months of a script you shouldn’t be writing.

Or the idea will say to you, “Enough of this telling. We want to exist.” And then it will come. The moment an idea or a situation starts telling you, “I’m not happy,” the alarms and the buzzers should all go off.

Schrader then further broke down his creative process:

I write down every single scene. Usually there’s between 40-50 things which happen during a feature-length movie. And so you write them all down and now you’ve told this outline many times, you know the expositional pacing, you know the comic relief pacing, you know the action pacing. And then I predict how long each scene will be in terms of page count. If you’re operating on a roughly page-a-minute scheme, you’re looking for about a hundred to a hundred and five page script. And then you’re breaking it down.

By the time you’re on scene 22, you know that’s going to take place at page 45 or 46. Now you’re writing, letting these scenes just live and pivot. You’re inhabiting them. Sometimes a scene gets a little longer than you want, sometimes a scene doesn’t have much gas, you thought it would be a three-page scene and it’s barely a two-page scene.

Now you have your projected as well as your actual page count. If these numbers start to diverge, something’s gone wrong. And then you stop right then and there and say, “was I right during the outline stage and wrong on the script stage, or am I now catching it?” If I’m now catching it I need to re-outline, recalibrate, and get myself back into sync so I’m back on the rails again.

Schrader warned against being arrogant about your memory, to remember to write solutions to scenes so you can sit down and write them the following day. But one of the most resonant pieces of advice was also a simple one: disable the Internet, even if it means going through fits of withdrawal.

I’m a binge writer. Wait, wait wait and then boom, every day for three to four weeks in a row and then I’m done. Real writers write every day. The rule of thumb is that you should write ninety minutes every day, even if you’re only writing correspondence. You can’t get out of shape. Just like an athlete, you have to do it every single day. Real writers who write novels and longform stuff believe in the sanctity of the room, and they lock themselves into it. If you want to be a real writer and not a binge writer, you really have to get that kind of discipline. You have to force yourself.

Whether you’re an aspiring, binge, or serious writer, Schrader’s words provide excellent insight into the creative process. Just remember to turn off that router.