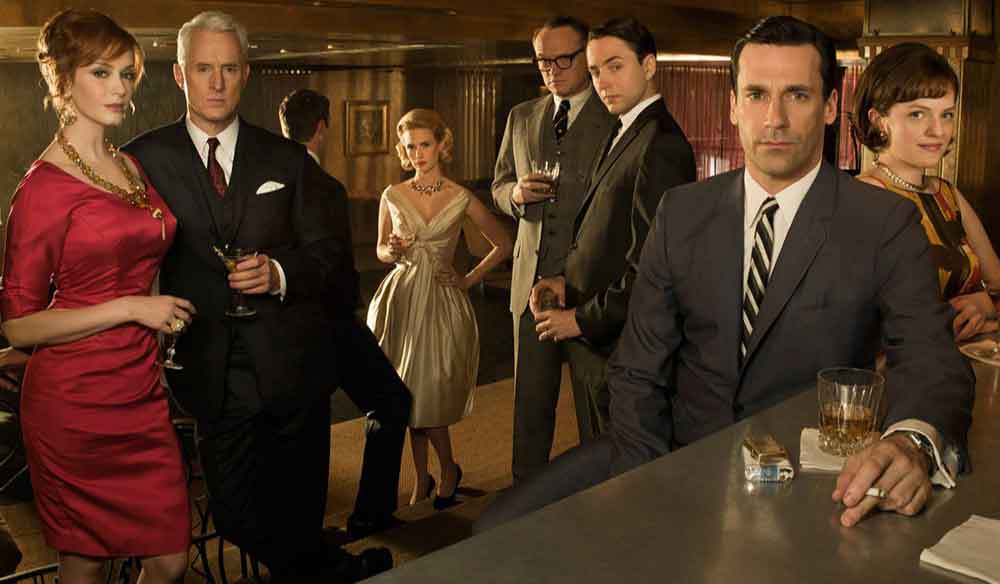 Discover What Makes a Film or TV Show Quotable

Let’s examine what exactly makes our favorite films and television shows “quotable,” and how you can make your projects stick out.

A recent discourse has evolved on Twitter as to whether the TV show Mad Men was quotable or not. As a fan of the show, it seems silly to me that anyone might suggest otherwise. Not only is Don Draper’s character one of the best-written and performed anti-heroes of all time, but the show’s dialogue has always been presented quite perfectly.

Still, whether you’re fond of the show or not, you certainly have your own favorite television shows and films you love to quote with your family, colleagues, and film friends. But, what is it that makes these films and programs so memorable? And, more specifically, what makes something “quotable” in the first place?

Let’s explore the phenomenon of quotability to see how writing, directing, and acting can help turn humdrum projects into film and television classics.

And, while the show indeed might best be remembered for its on-point costumes and set designs, which helped create such a vivid and intimate look into the show’s 1960s period setting, much of the show’s success is indeed owed to its writing, direction, and performances.

Looking purely from an accolades perspective, the show was a consistent critical darling. Overall, it won sixteen Emmys and five Golden Globes, including awards for direction, acting, set design, and yes, even for writing. However, while the show might not have had any signature catch phrases like straightforward sitcoms in the past, it did produce plenty of great lines and quotes, many of which Twitter was quick to supply in the recent debate.

What Makes Films and TV Memorable?

Still, this recent Twitter debate does open up an interesting discussion: What exactly makes a film or TV show quotable and memorable? So, for many this answer will be subjective to how they watch and remember their favorite shows and movies. However, there are certainly trends and techniques that make some films, shows, and specific moments and lines memorable.

Just going from a top 100 list from the American Film Institution, here are the top five movie quotes of all time.

As such, when one thinks of classic lines and memorable quotes, we usually think of movies before we think of television shows. That’s because most of the most famous moments and lines come from the crucial and climatic scenes in a film. From a pure run-time perspective, a two hour movie is going to build up more narrative inertia than a twenty-one or forty-two minute television show.

The Most Quotable Shows and Movies

So, let’s go a step farther and look at some of the most iconic lines and quotes across film and television. Looking at both mediums, some common themes do emerge. With a few exceptions, most of the most quotable television shows come from standard sitcoms and other hybrid comedy shows.

Whereas, interestingly enough, most of the most famous movie quotes come from dramas and romance films. The distinction for television, at least, could rely on how many episodes (and seasons) the show endures. TV shows can have thousands of hours of content, and often hold possibilities for syndication and reruns. Many of these catch phrase lines will have ample opportunity to enter our pop culture vernacular based on sheer exposure.

From a writing and filmmaking perspective, how does one go about coming up with great dialogue and memorable quotes? As you can see in the video essay above from the YouTube channel The Closer Look, dialogue is all about purpose. Especially in television and shorter films, every line really needs to help advance the narrative in a significant way.

Dialogue that serves no purpose is bad dialogue. Whereas, dialogue that advances the plot in a major way is good dialogue—and, more often than not, quite memorable. If you’re interested in reading up on helpful tips and guides for dialogue and screenwriting, here are some fun resources.

Quotable, on the other hand, comes from a mixture of high importance, strong writing, and quality performances. It might be hard to imagine based on the strengths of some powerful actors, but if you were to hear some of the most quotable film and television lines delivered by lesser performers, they simply might not be as famous or memorable.

Overall, creating memorable lines and quotable dialogue in your film and television projects isn’t just about the quotes themselves. Instead, it comes from the entire filmmaking process. It’s true that a good quote is only as good as it’s written. But, many famous lines and quotes have come from last minute rewrites and ad-libs.

A great movie or TV quote is the product of purposeful writing, inspired direction, a strong plot, and iconic performances. So, television shows like Mad Men, which clearly had a phenomenal cast and crew, are going to produce powerful moments and quotable lines simply by being a high caliber show. On that fact alone, regardless of your own personal recollections of it, its quotability shouldn’t really be up for debate.

For more writing, directing, and filmmaking tips and tricks, check out these articles: