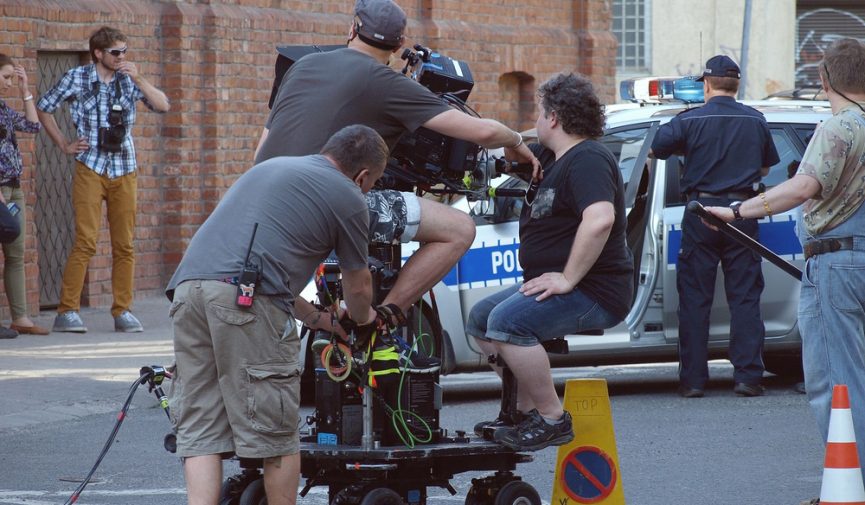 Recreate Foreign Locations on Set with These Tips

Need to recreate distant locations on the cheap? Use these quick and easy production tips.

It’s not always possible to go gallivanting around the world to film in different locations, nor may you have the budget to dress your set in authentic British furniture if you’re shooting 3,000 miles away in Maine. However, thanks to global trade and furniture stores with an international presence, many modern homes everywhere in the world now look similar. That makes it easier to film contemporary scenes just about anywhere.

There are, additionally, small visual and auditory tricks you can use to suggest to your audiences that they are watching a scene inside a New York apartment, when, in fact, you’re filming in London. While these aren’t as elaborate as driving regional cars past the window, they will still help you sell the scene in smaller-budget projects.

Nothing sells a scene’s location more than food. I’m from Wales, and seeing a box of Lucky Charms is a rare occurrence. Unless I specifically go to a food store that specializes in American foods, I’m not going to see them at all, other than in American TV & film. I would imagine it’s the same for British cereal. So, if we see a location onscreen, say a small back room with a grungy atmosphere, worn floorboards, and peeling paint, we have no idea where the action is unfolding. The character who has not yet spoken gets up from his chair and goes to his fridge, which is all but empty save for an American milk carton. We do not know the specific location, but the audience now knows this scene is taking place in the U.S. and not in a rundown hotel room in Spain.

There are plenty of websites that offer food native to a foreign country, which is ideal for populating your set with visual cues. However, be vigilant with licensing issues. If you can’t obtain the rights to show a particular brand, you could always look at creating something that looks similar. For example, many productions that include MacBooks onscreen cover the Apple symbol and replace it with a pear. It’s tongue-in-cheek, but it works. 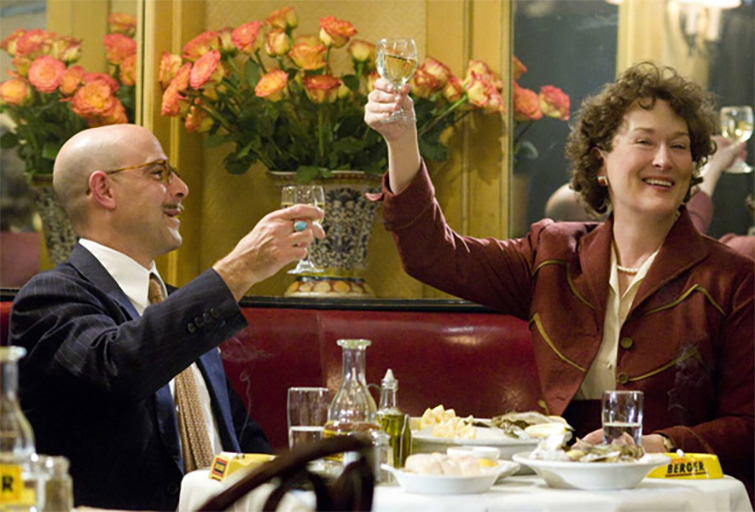 I’ve also found that food packaging varies from country to country. For example, a glass milk bottle is more common in Britain than the U.S. On the other hand, plastic gallons of milk are common in the U.S. but rare in Britain. Do a little research, and you can save yourself some effort in post.

VFX isn’t just a tool for inserting large robots into a scene and making older actors look young. There are dozens, if not hundreds, of small VFX shots in most TV shows and films that go completely unnoticed, mainly because you just wouldn’t expect them to be visual effects. Street signs, building names, iconic backgrounds — the list goes on.

Take a look at this visual effects reel for David Fincher’s 2014 film Gone Girl. If you haven’t seen this before, it’ll surprise you to see what didn’t actually exist.

Walk through any city, and you’ll see band posters, political posters, and local interest posters (for example, a missing pet). This sort of addition can help sell the location of your scene. Maybe your characters are walking through the city street, and one of them stops as the conversation gets heated. This scene takes place in Los Angeles, but you’re filming in New York. You’ve found a street with West Coast similarities, but you need something else to sell the location. This would be the perfect time to place a poster of something like “Live Music on 14th at Santa Monica Pier” behind the two characters. 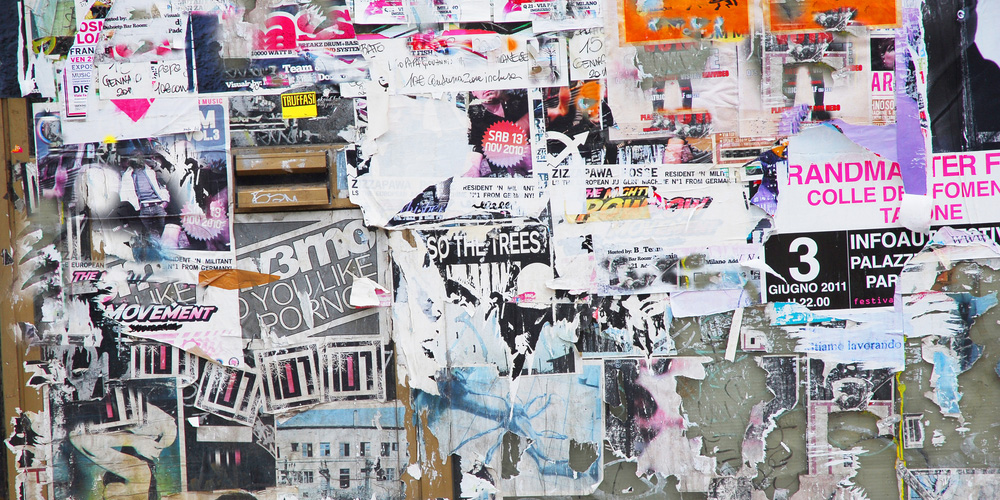 But what if you don’t have permission to slap a few posters onto the building behind you? Or maybe there are posters there already, but behind some Perspex. By combining camera tracking and sign replacement, you can begin adding different geographical elements to your scene.

We learn at an early age, watching cartoons, that different parts of the world have different musical cultures. Successful film or video scores rely on these characteristics. While these themes can be cliché, their continued power over our subconscious is undeniable, and they can help sell a location to your audience. These thematic examples come from Sound Design: The Expressive Power of Music, Voice and Sound Effects in Cinema:

However, a score isn’t always necessary. Using auditory cues such as a passersby speaking in a different language can communicate location subtly. The same goes for vehicles. If you have set up your apartment to look like a Greek villa, and you’ve brought in authentic Greek furniture, and the set design looks fantastic, correct sound from the region will only further sell the location. How would the vehicles driving past outside compare to suburban America? Having been to Greece, I can tell you that for every car on the road there are three scooters. 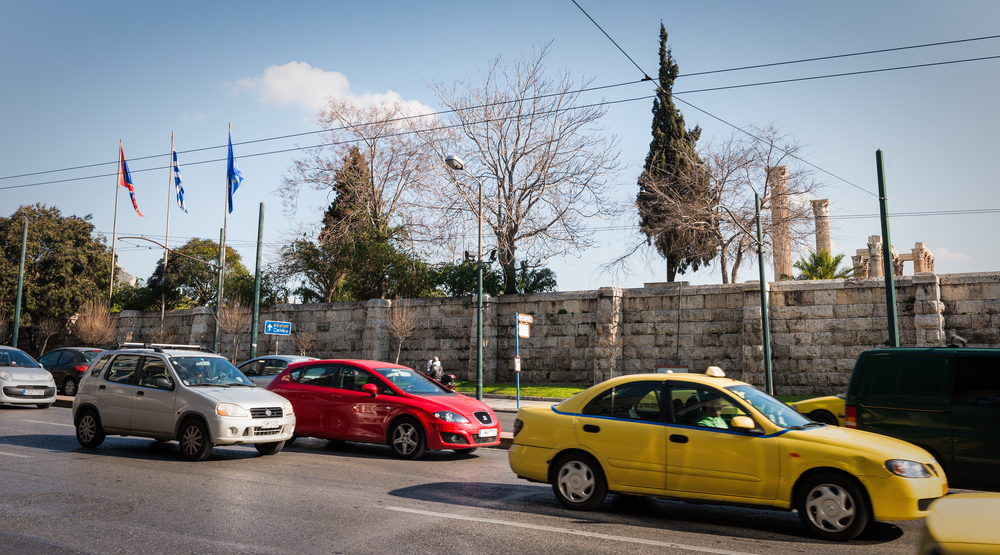 Research your region and take this into account when adding sound in post-production. You can find a host of European and international background sound effects in PremiumBeat’s SFX library.

Matte paintings are nothing new in filmmaking. Their earliest use was in the 1907 film Missions of California, and since then, they have only become more common. As with VFX, it’s quite uncanny to see how many horizons and distant landscapes are matte paintings.  It’s easy to assume that only fantasy and sci-fi projects use matte paintings — like inserting Winterfell into the Irish countryside, or adding a wrecked Star Destroyer to the Rub’ Al Khali Desert. However, they’re a lot more common than you would think. Take a look at the following reel from Stargate Studios for the first season of The Walking Dead. While the clip focuses on zombie guts, it includes several set extensions.

The terms matte painting and set extension have become somewhat interchangeable in the last decade. Initially, a matte painting described the addition of a landscape. The technique is perfect for adding parts of a location that do not exist to your scene. The following tutorial lays out the basics of camera tracking, inserting elements into your shot, and digitally extending your set — all the principal ingredients for a good set extension.

In a video tutorial by yours truly, I discuss how you can use sound design, color, and stock footage to help pass your location off as something else.

Do you have any location-staging tips for budgets of all sizes? Let us know in the comments.