Go behind the scenes of Baz Luhrmann’s “The Great Gatsby” and see how the special effects were shot on set and created in post. 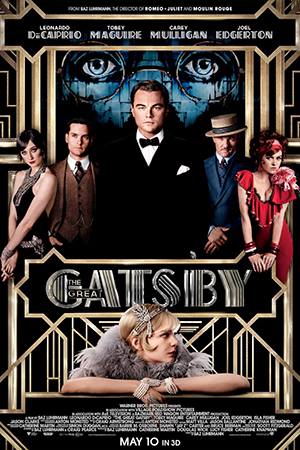 Director Baz Luhrmann is known for his over the top cinematic style, with lavish sets, costumes and effects (see: Romeo & Juliet, Australia and Moulin Rouge). It’s no surprise then when he took on the F. Scott Fitzgerald classic “The Great Gatsby” for his latest film, that the visual effects were done on an equally impressive scale. Despite the film garnering ho-hum reviews by many critics, one thing most can agree on is that the film’s visual effects are world class.

In the following video Chris Godfrey, the visual effects supervisor on the film, pulls back the curtain on the film’s special effects.  The film was shot in 3D on RED camera rigs with extensive chroma key and matte painting work done in post (using Nuke for VFX and 3D work using Maya). In total over 1500 special effects shots were created for the film.

This Great Gatsby VFX breakdown is creative inspiration for anyone interested in the detailed and painstaking work that goes into creating realistic special effects!  Thanks for sharing, Chris!