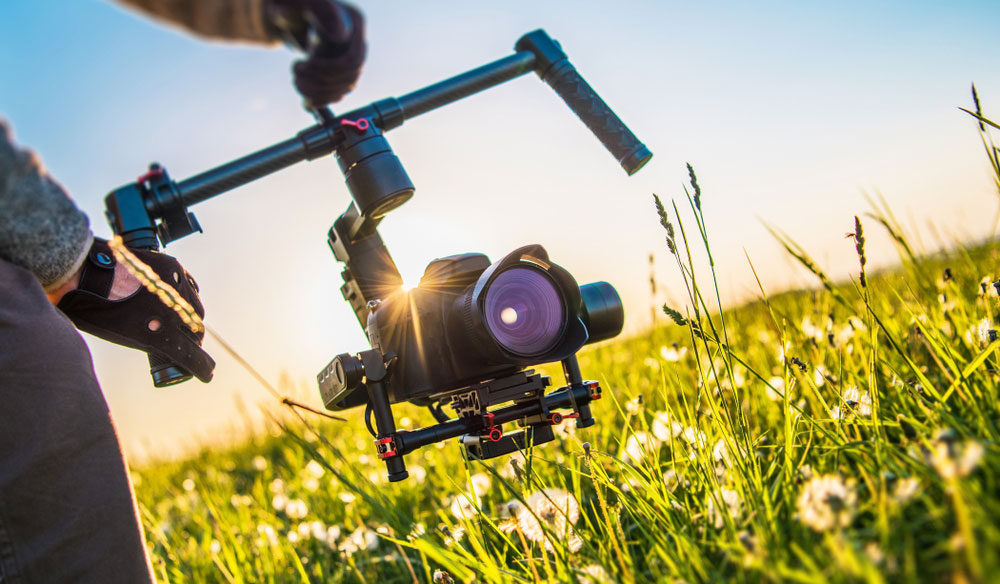 Nature’s Lighting: A Guide on Shooting With or Against the Sun

If you’re shooting outside on your next project, here are some tips on how to shoot both with or against the ultimate light source — the sun.

There’s one light source greater and more powerful than all the Fresnel, HMI, or LED lights put together. The sun. For as long as people have been making films, the sun’s light has been the primary resource for lighting exterior shots because, well, you kind of have to use it.

This has always caused just as many problems as it’s solved. Shooting with the sun can be great for certain situations, but it can also blast light far too bright and far too out of control at times. Meanwhile, shooting against the sun can create some beautiful looks, but it can also create harsh shadows and cause less advanced cameras to struggle.

In this article, we’ll discuss how you can work both with and against the sun in your video shoots.

How to Avoid the Sun 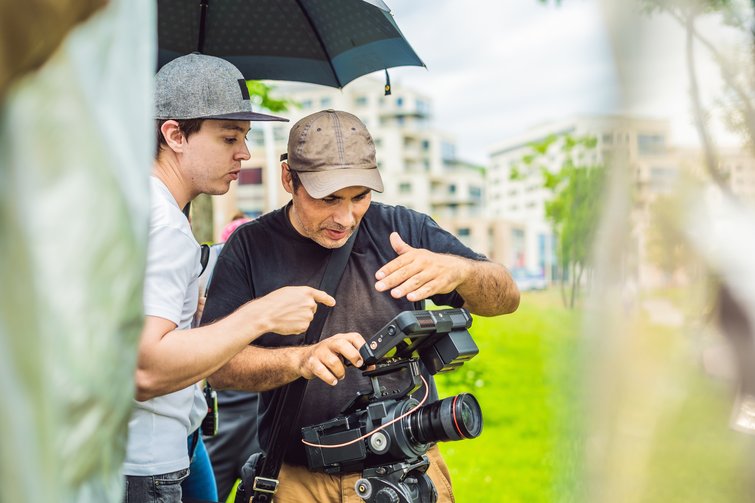 Let’s actually take a step back first. If you’re worried about shooting with or against the sun so much that you think it might ruin your shoot, there are ways to avoid the sunlight. One trick — if weather permits and you’re lucky enough — is to shoot when it’s cloudy outside. Ideally, shoot on a day when clouds cover the entire sky. You’ll find that shots can be beautifully lit evenly from every direction — almost as if you have a million china balls hanging above you in every direction.

A similar look comes during magic hour, once the sun hits the horizon in its descent. This “Terrence Malick” look is used pretty heavily in a lot of photography and cinematography, but for good reason. It creates the similar evenly lit landscape, where you can shoot any direction and the lighting will be consistent.

Another trick, when your setting allows it, is to try to cancel out all the negative side effects of shooting in direct sunlight. One big side effect of harsh sunlight is the large contrast created by shadows. You can avoid these by finding locations where you’re either completely in sunlight or completely in the shadows (not mixing both). You can also shoot as close as possible to the middle of the day, when the sun is directly overhead, limiting the reach of any potential shadows.

Working With the Sun 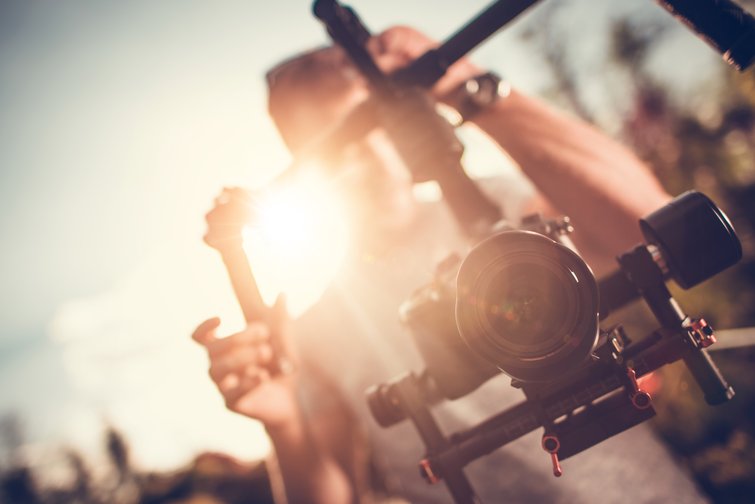 When you’re actually shooting with the sun, try to treat it as you would any other controlled light source. If you can, put it behind your camera, casting it directly onto your subjects. From there, if you can direct your actors or subjects to be aware of the sunlight, you can urge them to “find their light” so that they stay correctly oriented and and don’t create harsh shadows on their faces.

You can also use offsetting lights, or (even easier) white bounce boards to add light from different (and often lower angles) to more evenly light your subjects. You’ll want to watch out for other elements, though — like the shadows you and your camera might create (or even those from the rest of your cast and crew).

Against the Sun Tips 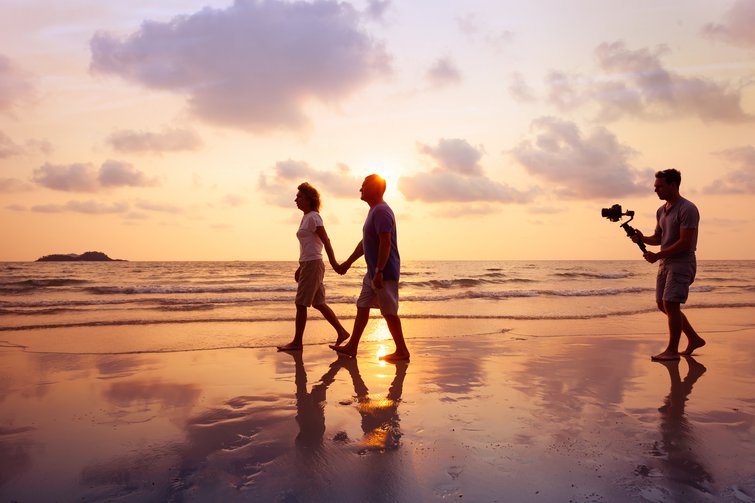 Shooting against the sun can also be quite beautiful, especially if you shoot when the sun is low enough and close to the horizon to use it as a backlight and create some cinematic lens flares. However, be aware that this can quickly blow out the images, as no camera can truly capture sunlight completely. In fact, some older cameras might default and simply show a black dot when light becomes far too bright, which can be problematic in the edit.

Also, be careful if you’re using auto-settings either on a smartphone or digital camera, as the bright light can throw the camera into a frenzy while it tries to decide if it should adjust for the bright sunlight itself or the subject in front of it.

For these reasons, when shooting against the sun, try to frame it into a side corner of your composition, allowing your subject (or subjects) to remain the focus of your shot. Your extra lighting, or bounce boards, can come in handy here by adding light directly back onto your subjects wherever you need it.

If you’re looking for more filmmaking and videography tips and tricks, check out some of these additional articles below.