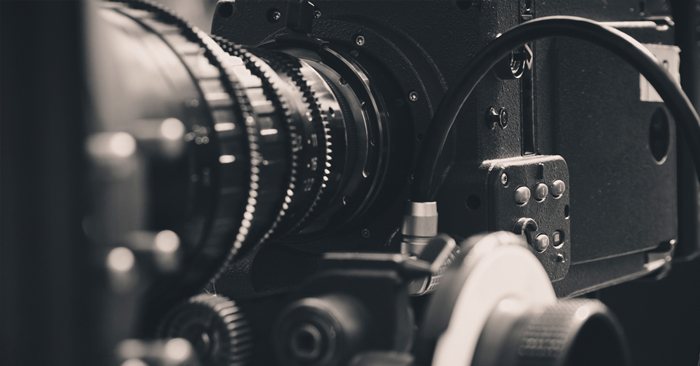 With such a heavy focus being placed on the technological aspects of cinematography these days, many DPs have lost sight of some of the fundamentals of the craft that can be far more important, like framing choices.

I would argue that the way in which images are framed has a greater affect on the viewer experience than just about any other choice made on set with regards to cinematography. Capturing high resolution video files with wide dynamic range is great, but in large part these are technical achievements, not creative ones. Yes, an argument can be made that a high DR look can be a creative choice, but 99% of the time when a semi-professional or amateur DP is going for a high DR look it’s simply because of what they have read and seen online, and is not a specific creative choice for their project.

Somehow the art of framing has become lost in recent years, with so many indie films now looking like student productions. That’s not to say that they look bad, but rather than they all look the same…and this is in large part due to framing that might be technically fine, but isn’t unique to the story or concept in any way. If you’re like me, and appreciate the art of framing and what it can do for a great film, then read on for my top 5 video framing tips that can dramatically improve your work.

Use the Rule of Thirds

I’ll start with the most obvious tip on this list, because it’s one that we all know but are also all guilty of not executing properly. The rule of thirds simply states that you need to think of your image in three main parts: Frame left, center, and frame right. You can also take this further and imagine three additional sections (from top to bottom), creating 9 slices of any given frame – as seen in the reference photo below. 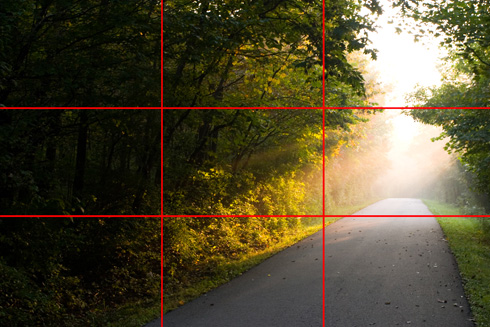 You generally want your subject to fall into one of the three main sections of the frame, and by doing so you are pretty much guaranteed to achieve an image that is technically sound. There may be times that you’re going to intentionally want to break the rule of thirds (more on that later), but even then you need to know the rule of thirds to ensure that when you go against it it’s a calculated choice.

Creating symmetry in your work is one of the most effective ways to capture images that feel well composed and are generally pleasing to look at. Symmetry gives the viewer a sense of balance that subconsciously allows them to become more immersed in what they are watching, as they feel drawn into the characters, setting or scene by the leading lines in the frame. 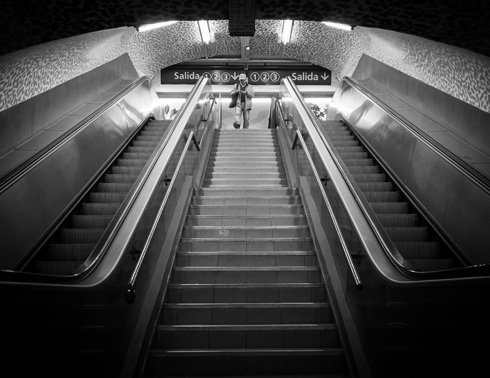 The reverse approach can be just as effective however, as shooting images that are intentionally off balanced, left of center, or otherwise off kilter will create a sense of disconnection and instability with the viewers. Going asymmetrical could work really well for specific scenes or genres – namely horrors and thrillers.

One of the most important lessons that I learned as a DP was to avoid eye level shooting. By eye-level shooting, I literally mean placing the camera at an eye level to your subject, which can leave the image looking sterile.

In some circumstances, eye level shooting can work well (especially for a scene that is supposed to intentionally be benign, or for a documentary style shoot). However, in most dramatic instances I would advise you to always have the camera placed just above or just below eye level. The reason being that you want to take advantage of the opportunity to either empower or diminish the character you are shooting by way of your framing choice. It’s rare that a character in any given scene is going to be completely neutral, so by subtly shooting just slightly up or down on your character, you can start to guide the emotional experience of the viewer in a very subtle way.

It’s really important that you have a theme or guideline for yourself when setting out to shoot any project. An example of a visual theme or motif that you might choose to explore would be empty space. Let’s say you are shooting a film that deals with very lonely characters that feel isolated from each other. It would be a great visual choice to shoot them with lots of open, empty space on either side of them so that their loneliness and isolation is conveyed to the viewer effectively. You also might choose to frame the characters in single shots, as opposed to two shots, since that will also make them feel more disconnected from each other. This clearly is just one example, but the point is you want to pick a theme and run with it – whatever it may be, to ensure that you are creating a distinct visual style that is unique to your film.

Thinking through your shots – how they add to the story you’re trying to tell – cannot be underestimated. If you’re going to break the rules, make it intentional.  By understanding the purpose behind the rules that you are breaking, you will understand the effect that your approach will have on the audience, and the meaning behind your choices will be felt much more clearly.