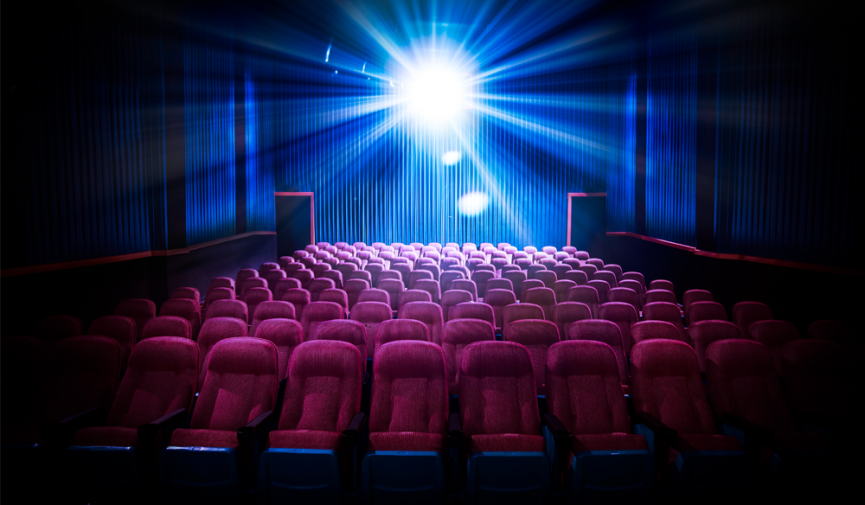 The 3 Cornerstones of Indie Film Marketing

Making your film is just the beginning. Eventually you’ll need to market it. Here are some important things to consider when it comes to indie film marketing.

All images from Shutterstock

Marketing your film might not get you as excited as deciding which camera to shoot on, or how to write your script – but at the end of the day, none of your hard work will matter if no one can see your film. If you haven’t already considered a marketing plan for your next project, I strongly urge you to read through the points below. Let’s take a look at what you absolutely must know when it comes to indie film marketing.

Avoid empty theaters by making sure your film is marketable.

There has never been a more opportune time for indie filmmakers as there is today. Production costs are going down, great gear (both for production and post) can be bought or rented at very low prices, and there are more platforms than ever that are seeking content. Even so, the market competition is incredibly stiff as more and more talented filmmakers come out of the woodwork every year. So how do you make your film stand out from the crowd?

Knowing who you are as a filmmaker and the type of art you want to make is hugely important, but a steadfast understanding of marketing (and marketability) is just as crucial to your success.

Before you spend a year (or more) making your next film, take some time to really assess the marketability of your project, and then set your expectations accordingly. Does your film have a shot at a theatrical run? Or is going to be a YouTube release? Is the film’s topic or subject matter interesting to a wide range of people or will it only appeal to a small subsect? There is no right or wrong way to go here, as this isn’t only about making the most money or getting the biggest release. In fact, sometimes it’s often easier to market a project that is geared torward a particular niche. You can speak directly to this crowd without having to appeal to everyone. A recent article from Forbes sums it up:

However, the future of the movie business lies in niche markets – not in generalized mass appeal. Audiences are growing tired of the recycled, bloated, arbitrary, homogenized movie franchises to which their cinematic taste buds have become numb. Furthermore, movie budgets for niche and genre films (as opposed to tent-poles like Batman, Transformers, The Avengers, etc.) are rapidly dropping, as producers and executives realize that the film financing ecosystem is unable to support the outrageous budgets that were commonplace just a few years ago.

Additionally, even mass market appeal movies are now choosing to set their marketing cross hairs on very targeted niches. Film website The Wrap recently shed light on the market research being done by production companies to insure they are maximizing their marketing budgets on the right audience:

[Using] envelope-pushing digital research firms, Hollywood has more insight than ever about what movies are going to work, and with whom. The narrowly focused campaigns are saving marketing money and the box office results have been mainly positive. Those are developments that couldn’t come at a better time for a movie biz increasingly challenged by foreign competition and increasing entertainment options for U.S. moviegoers.

Thanks to social media, today’s psychographic research measures not only potential moviegoers, but their interests, attitudes and opinions. That opens up new realms for marketers.

Note: if you’re looking to to market your film to a Facebook audience based on their interests, get the scoop on how to create targeted ads here.

It’s about setting a realistic goal and getting as much exposure as possible for your film and for yourself. Always make sure that your film is marketable – whatever that may mean within the scope of your project. If you have any doubts about the viability of your film (commercially speaking), then you need to address those concerns very early on.

2. Don’t Wait Until Production is Over To Market

A common mistake (and a costly one) that many indie filmmakers make is waiting until they have a finished product before they set out to market their film. If you actually want to make a dent with your project, you need to begin selling your film the moment you decide you’re going to make it.

From a marketing perspective, it’s extremely important to generate momentum by getting people interested in your film every step along the way. If your film has a following that seems to be growing by the day, this piques the interests of potential audiences as well as buyers.

If your bottom line is important to you, and you intend to create a film for the purpose of selling it, then consideration must be given to marketing from the get-go. This should be reflected in your budget. You’ll want to allocate somewhere between 30-50% of your film’s budget to marketing alone. It seems like a lot, I know…but it will give your film a better chance at succeeding commercially. If your budget is severely limited, look for cheap or free marketing solutions (such as blogging or reaching out to existing publications) in order to create and maintain a buzz around your film without breaking the bank.

3. Social Media is Your Most Powerful Resource

Get the word out. Utilize your social networks to market your film.

Plain and simple, the marketing power of social media is infinite, and those who don’t utilize these platforms to generate interest and buzz for their film are at a great disadvantage. Quite obviously – social media marketing costs little to no money, especially if you’re the one executing that leg of your marketing strategy.

For the purpose of understanding just how impactful social media can be to your film’s success, I want to focus on why to use it instead of reiterating the fiscal advantages.

Fundamentally, one of the reasons that social media marketing is so powerful is because of how dynamic it is by nature. For an easy example: Imagine you release a film trailer on television, and then release that same trailer via your Twitter account. Depending on your following, the Twitter release may get far more exposure than the television spot – but more importantly, it will get feedback. While you may not love to hear that someone didn’t like your trailer, feedback of any kind is extremely valuable.

This is especially applicable in the early days of your film’s development and pre-production process. If you use social media to tap into the minds of your potential audience (whether it be through kickstarter backers, existing social media followers, or otherwise), you will be getting extremely important feedback from the people that should matter most to you – your core audience.

You might not want to change your script or recast your film just because you got a bad Twitter comment, but if you develop an online audience and treat them respectfully, they will be your biggest supporters once your film is actually complete. They can genuinely help you to make a film that is strongly positioned for commercial success. In fact, this is the approach that many big budget studios are now using, after facing mounting film marketing costs over the last few years. The Hollywood Reporter states:

Twitter and other social media sites increasingly are influencing moviegoers’ choices at the multiplex. In a new study by Twitter and Nielsen, 87 percent of Twitter users over 13 said tweets influenced their movie choices. It also showed that 62 percent of moviegoers used the Internet or mobile apps to learn about films.

Most filmmakers have a pipe dream. They want to direct or produce exciting films that they are passionate about, have fun throughout the process, and then receive commercial and critical acclaim for their work.

The reality is that wanting and achieving these things are very different, and in order to actually realize these types of goals, a staggering amount of work needs to go into every part of the process – including marketing. Just because your favorite director gets to solely focus on the creative parts of their film doesn’t mean that you have earned that privilege yet.

If you want to get to that point, you’ll need to do some heavy lifting in areas in which you may or may not be that interested. So if you’re serious about making a dent in this industry and are willing to work harder at it than those around you, start focusing on marketing – it is one of the most frequently overlooked keys to success in the indie film world. A few additional film marketing posts worth checking out:

Have any tips for marketing an indie-film? Share in the comments below.