This might just be the digital equivalent of winning the lotto a few months before you kick the bucket.  Sure, you’re rich (with an advanced color correction toolkit!) but you’re not going to have much time to enjoy those winnings. 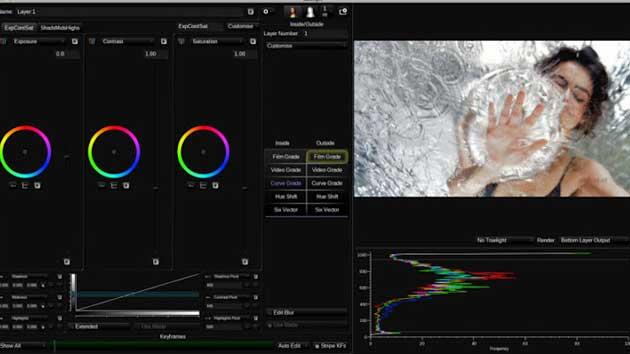 Baselight for Final Cut Pro is the little brother of FilmLight’s flagship application, the full Baselight system (a complex, “pro colorist level” color grading system).  FilmLight has packed much of the same features into Baselight FCP that are found in it’s big brother, including support for multi-layered, keyframed grades.  If you’re lucky (or technically savvy) enough to own and operate a full Baselight system, you’ll be happy to know that grading data can be transferred back and forth between that system and Baselight FCP.

Editor Scott Simmons took Baselight FCP for a test-drive recently and gives a pretty good run-down of the new color correction plug-in over at Pro Video Coalition.  Scott affirms the consensus from around the ‘net…

He adds that it would be fantastic to see a Baselight plug-in come to Premiere or AVID….
but it may be a while, as plug-in architecture for those applications is more difficult.

If you’re still cruising along with FCP7 and don’t plan to migrate to another NLE sometime soon, then it might be worth the $995 price tag for the serious pro.  You can also give it a try for free by downloading the 14-day trial.

But when you get down to brass tacks….

Final Cut Pro 7 is end of life and investing so much into a dead product doesn’t seem to make a whole lot of sense.  For the same price you can pick yourself up a copy of DaVinci Resolve – a powerful, standalone application that doesn’t rely on the architecture of an NLE to function.  It won’t be long before an Apple OS or hardware upgrade will render Final Cut Pro 7 (and earlier versions) completely unusable.  Maybe it’ll be another year, maybe two….but without anyway to know for sure it sure seems hard to justify investing in color correction plug-ins to support it.