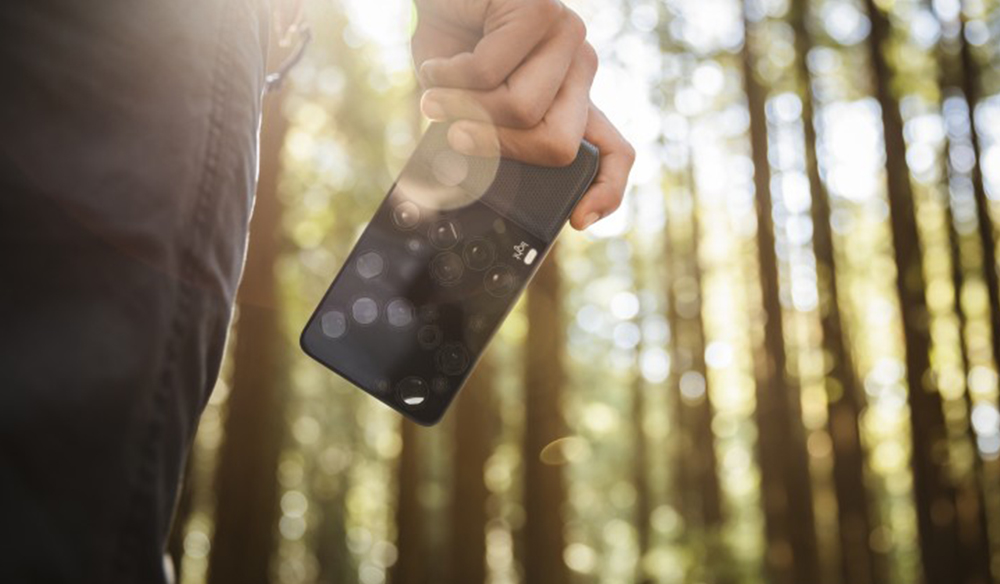 These Portable Technologies Are Going to Change the Video Production Industry

A new wave of advanced cameras puts state-of-the-art technology in the palm of your hand.

There are few industries that move as fast as the film and video industry. It seems like there are game-changing camera releases every few days. Here’s a quick look at the new cameras that are shaking up the status quo this week.

Announced just a week ago, the Light L16 camera is looking like it might radically change the way we take pictures and shoot video. Instead of taking a picture or shooting video with a single camera, the Light camera is essentially 16 different cameras mixed into one. When you push the shutter button, the Light camera will take 16 pictures — and then stitch them together.

Even more impressive is the ability to change the depth of field in post-production. Want to isolate your subject? Just dial up the bokeh slider and watch your background become out of focus. Light released a short lifestyle video showing the Light L16 in action. Check it out:

The L16 is scheduled to be available in Spring of 2016 for the price of $1,700. However, there’s no information yet about details like dynamic range or sensitivity. You’ll want to keep an eye on this camera.

DJI is branching out of the drone world with their latest gear announcement, the DJI Osmo. In a nutshell, the Osmo is a motorized 3-axis gimbal stabilizer with a 4K and 120fps HD capabilities.The stabilizer is designed to be small, lightweight, and compact, making it perfect for travel and run-and-gun situations. Using your smartphone, you can monitor the video coming from the Osmo camera via bluetooth.

DJI Released a quick video with sample footage shot on the Osmo. The footage isn’t breathtakingly cinematic, but it’s very impressive, given how small the device and camera is.

The DJI Osmo will begin shipping October 15th for $650, which is not a bad price for such a powerful tool.

I know what you’re thinking: the iPhone 6s. How could this possibly change the industry? I shared your concerns until I saw this side-by-side comparison video between the new iPhone 6s and the Sony a7RII. Check it out:

Note: In the image above, the left side is the iPhone 6s. The right is the a7RII.

The iPhone 6s has also been used to shoot a fantastic short film called The Painter of Jalouzi, in which you’ll notice how well the device holds up when capturing the sky. While there’s certainly a way to go, it’s not impossible to think that a film designed for online distribution could be shot on an iPhone, as long as the lighting is good.

What do you think of the technologies mentioned in this article? Will they change the industry? Share you thoughts in the comments below.