Tips for Success: Adapting a Novel Into a Screenplay

Successfully adapting novels into screenplays means that the film version must become its own work of art – a slew of changes must be made to the format, story and characters involved. 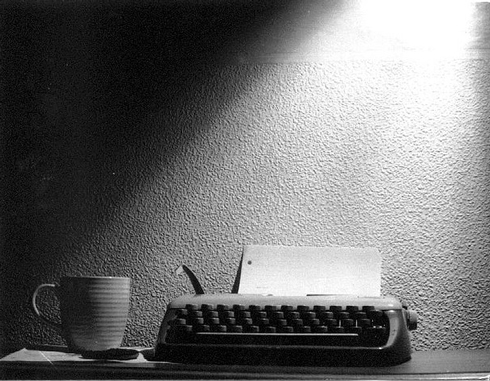 If you’re reading this, you may have already accomplished the first step in your adaptation: finding a book you truly love and making certain it is movie material. Once you’ve found your story there are many challenges that, as a screenwriter, you must prepare to face on the journey from book to screen.

Too Faithful or Not Faithful Enough

What to cut and what to keep? This is one of the first challenges you’ll need to tackle when adapting a novel. Subsequently, one of the greatest criticisms an adaptation will receive, in either direction, is that the film version was either too faithful (thus, not translating well to the screenplay format) or not faithful enough to the original version, which sends fans of the book into an uproar. Is it possible to please or serve both audiences, the die-hard devotees and those who haven’t read the book (they’re only seeking out a great film)? Possibly, but ultimately, your degree of faithfulness should be left out of the equation entirely.

Instead, you want to engage with the material in such a way that honors only the great parts of the story. So rather than wondering how you must bring every detail to life on the big screen, ask yourself a more important question: what aspects of this story are so great that I must put emphasis on them? From there, you’ll explore the important characters, scenes and themes that are most pertinent to the story you want to tell. Remember that no matter which approach you take some people will love it and some people won’t, so just follow your instinct and tell the story in the best way that you know how.

Some novels represent many viewpoints, alternating between multiple characters when telling a story. Most films on the other hand, tell a story from one singular point of view –that of the protagonist. For you as a screenwriter, adapting a novel with multiple viewpoints is not as easy as simply picking your favorite character or the most prominent character and running with it. In fact, the best route for your film may not necessarily be to choose the strongest point of view or have the character with the most dramatic experiences tell your story.

Ideally, you want to look at the novel as merely a foundation, or the facilitator of the story you wish to tell. If this leads you to choose a smaller character from the novel, but one that is interesting and engaging and that would translate well to film – then so be it. When deciding how you want your story to be told, and who your protagonists will be, I would strongly suggest trying to go into things with an open mind. If you can accept that the novel and your screenplay may simply share only the same general idea, your mind will be free to make the best story choices. Once you have decided on your central characters, you can go back to the novel and choose to integrate what you believe to be worth while details and scenes from the original novel into your adaptation.

It Isn’t Going to Be Pretty

Irrespective of the writing style, you can always count on a novel to be beautifully written and rich in imagery. A screenplay… not so much. Even if your intention is to stay as true to source as possible, your script adaptation will look vastly different from the novel. This is a point that I would especially emphasize for any of you that come from a background in novel writing, but haven’t yet written as screenplay.

Quite simply, a screenplay doesn’t have room for some of the most enjoyable aspects of a novel, no matter who writes the script. For instance, your script (at most) will be 120 pages with large margins, and most novels run at least 300 pages, which leaves no room for long paragraphs aimed at exploring a character’s internal monologue or scene descriptions. Nor should it be there in the first place, as the screenplay is a blueprint for the cast and crew, and not meant to be written with flowery language. When you set out to write your script, it is your job to get down to the essence of any one particular element, so that it can be explored via action or dialogue, or costume/set design, etc. It may not look as pretty, but trust that it will translate to be just as beautiful on the screen once it is interpreted by the talented artists that come on board.

We’ve touched on the notion of choosing what will remain and what will be removed from a story when adapting it to a traditional screenplay, but it’s also worth thinking about what new elements can be added. Your script may be one that requires new plot points or characters that did not even exist in the novel in order to make it work as a movie, so keep this in mind when moving ahead with your new story. For instance, sometimes a writer will decide to write an alternate ending so that the film can feel more conclusive or set a certain tone.

Naturally, this particular challenge can cause quite a bit of controversy among viewers, but nonetheless there are certain situations that call for it to be done. In such scenarios, writers typically approach the book as a springboard to create new content that still has a similar feel, making sure that any new ideas, characters, or scenes that are introduced still feel consistent and in line with the rest of the work. The reality is that sometimes change is demanded by the medium of film, which is highly visual. For an obvious example – If you are adapting a novel that is decades or centuries old, you may want to consider more contemporary themes or settings to make the story more appealing to a modern audience. 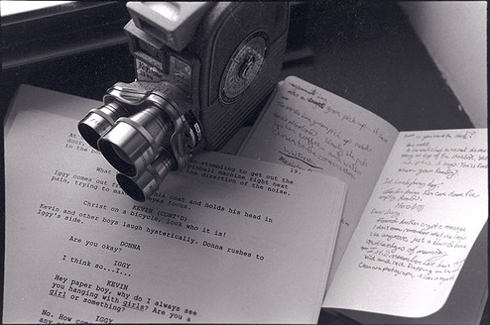 Writing, of any variety, can be a daunting task and this sentiment could not be truer for adapting novels into screenplays. Nevertheless, so long as books continue to achieve a spot on the “best-seller” list, there will always be a studio in Hollywood ready to finance its adaptation to the big screen.

Note: An adaptation is considered a derivative work of the novel, and as such, usage must be cleared for the work.  For more info on the legal ramifications of a novel adaptation, check out the post: ‘Legally Speaking, It Depends: Ins and Outs of a Novel Adaptation‘ from ScriptMag.com or ‘The Legal Hurdles of Adadpting a Novel or Book‘ from WriteYourScreenplay.com.

Once you discover the right book, you must face the impending challenges associated with adaptions. Whether it is meeting fan expectations or knowing what to cut, keep, or add, or deciding which story you’d like to tell, you must be comfortable and confident in the writing decisions you make. This confidence comes from committing yourself to knowing the story from every all angles and making crucial (but necessary) choices on what stays and what goes.