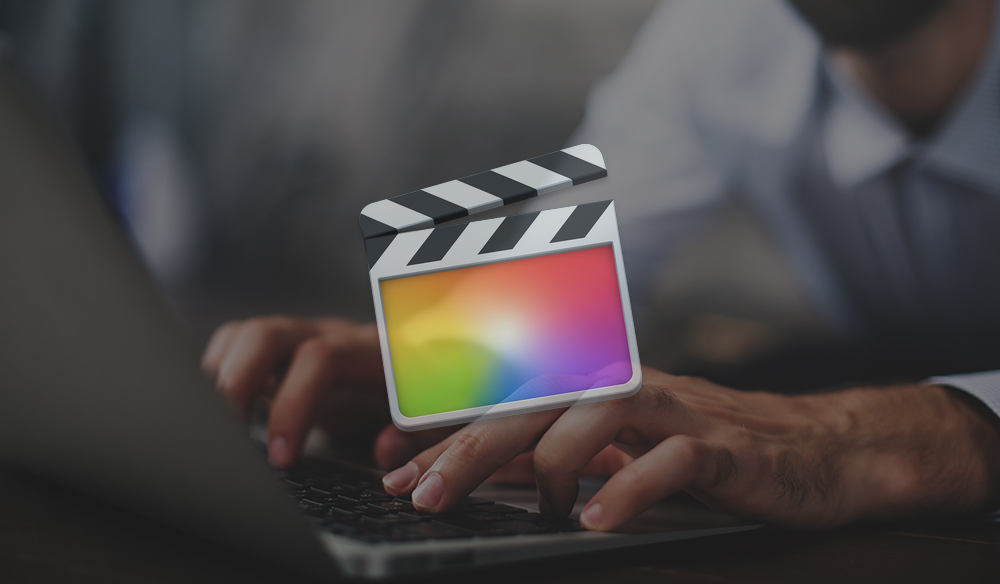 A well-constructed demo reel with exceptional work examples is often the key to getting employment in the production and post business.  Although demo reels come in a myriad of variations, there are keys to making sure your reel positions you well for potential job opportunities…

If you ask 10 different editors how long a demo reel should be you’ll get 10 different opinions… but there’s one sentiment that’s pretty consistent, KEEP IT SHORT.  A demo reel should highlight YOUR BEST work, and thus should probably not be a sampling of everything you’ve ever done.  My personal opinion is 60 to 90 seconds for most cases, and I can think of few reasons why you’d ever have a reel over 2 minutes.  One of the main tasks of a video editor is to be able to tell a clear story in a condensed amount of time.  Underscore this ability by showing off your body of work with brevity.

These days it seems that many folks in production have multiple skill sets.  When applying for a position, ensure that your demo reel is targeted specifically to an individual skill or job function (i.e. Director, Editor, Director of Photography, Animator, Gaffer).  This may mean that you will have to create multiple reels, but you will benefit in appearing more focused.  Because those hiring have a very limited amount of time to review reels, they will likely only want to see examples that pertain to the position they are hiring for.

Demo reels seem to be divided into two types – the rapid fire “collage” type reel that shows quick shots cut to music or the segmented “scene” based reel that shows short samples of clips cut together in some context (for example, several 20 second scenes with multiple shots each). Which is “right” for you?  I’d say it depends.  Typically, the collage type reels work best with spot / commercial / short-form work while the scene reels might be most appropriate to spotlight narrative / documentary / journalism based projects. As a general rule of thumb, for whatever style reel you make, ensure that the clips are “digestible” by the viewer.  Can they take in what’s happening in the footage?  Does it appropriately highlight your abilities?  Whatever you do, pick a style and go with it throughout your reel!

Although the old saying “save the best for last” may be true in some situations, for demo reels this is simply not the case.  Make sure you lead with your strongest work…you only have a few seconds to grab the viewer’s attention.

There are sneaky people in the world.  Don’t be one of them.  Whatever footage you show in your reel, make sure that you had some part in it.  If you don’t have the body of work that the job requires, don’t apply for it! Instead, keep working on your craft so you’ll have a better shot for future opportunities.  Dishonesty may not only cost you one job, but in small production markets (where word travels fast) it could mean the end of a career.  Be smart!

This may sound like a no-brainer, but include your name and contact information on a quick slate at the start and end of your reel.  With all the other details and creative decisions being put into a reel this can easily be overlooked.  Stick to your basic contact info:  name, email and website.  Your reel’s worthless if the viewer doesn’t have a way to contact you.

One way to convey the specific roles you had in your showcased clips is to include short descriptions in your reel.  For instance, if you’re an animator who did the modeling for a particular scene, include that over the video footage (i.e. “Lead Modeler”).  This will not only keep you honest about your involvement but it will give the viewer a better sense of your abilities.  You can also include the software or tools that you used (i.e. “Final Cut Pro Editor” or “Steadicam operator”) I’ve seen these designations as lower thirds or as small text in the corner of the frame.

If you’ve got an impressive client list, use it to your advantage! Major corporations, popular films or network television programs are impressive and can  be notated in your reel.  Just like highlighting your technical skills, this can be done by putting the name of the project over the reel footage in a lower third or corner of the frame (i.e. “Gaffer – When Sharks Attack – Discovery Channel”).

You may want to use your demo reel to show off your work process. I’ve seen many colorists show “before” and “after” shots of their work, and to great effect.  In such instances, do a split screen or quick shot sequence to show the different “stages”.  This is also an effective technique for compositors and broadcast designers.

10.  BE MINDFUL OF ASPECT RATIOS

As a full-time editor this is one pet peeve I’ve developed over the years…seeing different aspect ratios slapped together on the same timeline without regard for how it looks.  Yes, you may have done some projects in both 4×3 and in 16×9.  And yes, you should showcase both if they are examples of quality work.  But when you combine aspect ratios in the same program (or demo reel) be cognizant of it! Put a frame around 4×3 footage when it appears in a 16×9 frame (or at least add some stylized sidebars).  This shows an added level of professionalism.

Not only is the unauthorized use of copyrighted music illegal, it will likely turn off potential employers.  As tempting as it might be, don’t risk getting your reel quickly tossed aside due to this technicality.  Instead, use an energetic royalty free music track to make your reel lively and spirited (Premiumbeat has 1,000s of high quality royalty free tracks).

A quick way to separate novice editors from the more experienced is to see how they utilize music in their projects.  A common rookie mistake is just slapping music under a video track.  Instead, present yourself as a professional by cutting to the music and use it to give your demo reel energy and drive.

Repeating footage in your demo reel may lead others to believe you have a very limited body of work.  Instead, err on the side of brevity by leaving the viewer wanting to see more.

Check spelling, check for technical errors (glitches, noise, etc.), check for audio mistakes and then check again! Nothing will have your demo reel headed for the wastebasket faster than a few misspellings or an unintentional jump in the video.  Having an error free reel shows an attention to detail and carefulness.  Check, double check and then have a colleague check!

Your demo reel should be online and easily accessible. I would suggest uploading it to a video sharing site like Vimeo (a process made even easier with the built in uploading tools in Final Cut Pro X).  Hosting on Vimeo insures that it’s viewable by the overwhelming majority of computer users, whereas sending a specific file type (WMV, MOV, etc.) may prove troublesome if the viewer doesn’t have the right software installed on their computer.  You want to insure that it is quick and easy for a potential employer to view it.  When someone is hiring in a hurry, the ability to quickly shoot over a link may mean a better chance at getting a job.  Also, by putting your reel on Vimeo you can quickly swap it out when you need to make modifications or additions.

Some employers may request demo reels be delivered on DVD.  Make sure that you have multiple copies of your demo reel available on DVD at any given time.  With a DVD, you may also want to create a simple menu that highlights the main demo reel as well as an option to view additional footage or work examples. Just be sure to keep it simple!  Make it clear and easy for the viewer to find the reel and play it back.

Aside from marking the beginning and end slate of the video, be sure to include your contact information on the physical DVD or website (Vimeo) as well.  You want to make it as easy as possible for the hirer to contact you!

One of the benefits of keeping your reel(s) online is the ability to keep it “active”.  Make sure you revisit it every so often… especially after you’ve completed a round of new jobs.  Your demo reel should showcase your best and recent work. Also, it’s important to make sure that all of the source files are in a place that you can easily get to them.  It shouldn’t have to be a daunting task every time you want to update your reel.  When updating, you can start by swapping weaker shots for newer and better ones.

Use your reel to showcase you. Are you a little edgy?  Got a wild sense of humor?  Don’t be afraid to put a bit of you into your body of work… it will give employers a better sense of who you are as a person.  That being said, I personally find it to be a dice roll to include any profanity or offensive material in a reel (although I’ve seen it often enough).  When putting together your demo reel, use your best judgment in how you want it to highlight your personality.

Before showing it to a potential employer, give your reel a few rounds of critique with your acquaintances.  Editor / producer / director friends make great critics.  What does your reel say about you?  Would they hire you based on what they saw?  Where are areas for improvement/what’s missing?  Now, take their feedback and improve!

Compiling a demo reel might seem like a daunting task, but it doesn’t have to be.  Keep it simple and follow these guidelines to insure that your reel positions you for success. Looking for inspiration?  Check out our 10 Must See Demo Reels!  Good luck!

Got another tip for creating an effective reel?  Want to share your demo reel on this site?  We want to see it!   Share a tip or include a link to your reel in the comments!