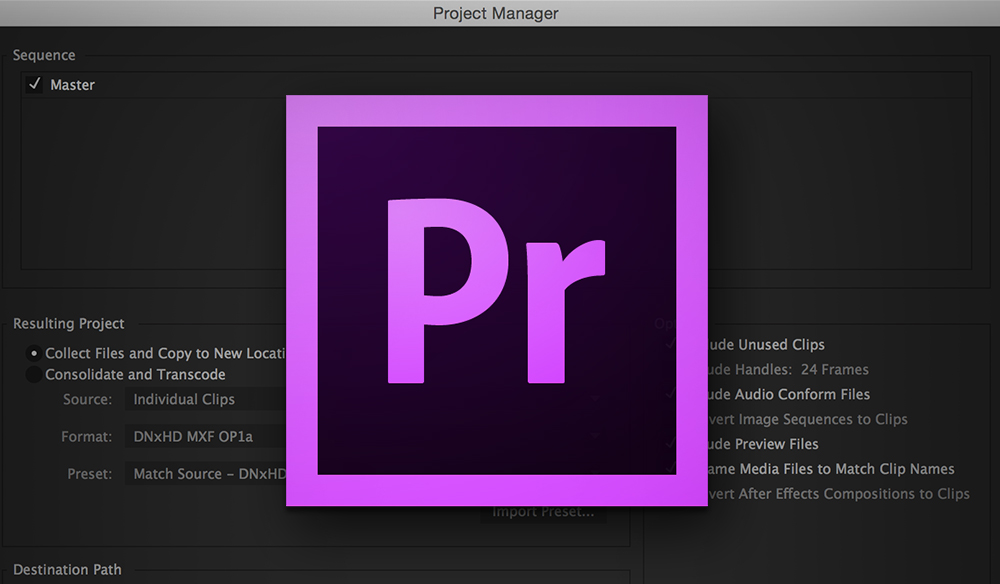 Most editors neglect to develop the technical and organizational side of their craft, ultimately causing huge problems for themselves and their collaborators during post-production. Premiere’s ‘Project Manager’ feature can save the day.

When I first started editing, my projects were a complete mess. I was self taught and as a result never had it drilled into my head to keep my projects organized – let alone how to deal with media management. As the years went on and I started working professionally as an editor, it became very clear that in order to do my job well creatively, I would need to drastically improve the way in which I was organizing and handling my projects and media.

Now, having around a decade of experience in the editorial world, I have finally developed a system for handling my large scale projects that allows me to spend more time editing and less time trouble shooting – largely thanks to a thorough understanding of media/project management. 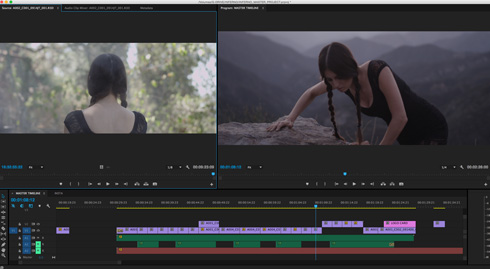 In this post I want to zero in on project management, a tool that it is extremely important in a number of post situations, regardless of how well organized your material is.

I am going to use a few examples that are specific to Premiere Pro, however it’s worth noting that these tips apply to just about any video editing application that you may be working in. I work in a variety of NLEs, from Final Cut Pro X to Premiere to Avid, and each of them are able to deal with media/project management in their own way. The project manager (or media manager) works very similarly across the board. There are just some slight differences in terminology and overall functionality that differ between various pieces of software.

If you’re an editor that suffers from poorly organized projects, the project manager is going to be your new best friend. It’s quite common for editors to start throwing clips into their project (and other assets such as music, photos, etc.) that aren’t properly labeled and filed away on their hard drives, and then just start cutting away.

Most editors do this to save a couple of minutes up front, so that they don’t need to ‘waste time’ filing their assets away. However they end up having major issues down the road. For instance, they might be referencing a photo on their desktop that accidentally gets deleted or they want to pass of the project hard drive to another editor and there’s a ton of offline media on it.

The key to getting your project organized – whether it’s for your own sanity or because you are going to share it with someone else, is consolidating the media. In Premiere Pro, the best way to do this is to access the Project Manager (under the file menu) and select “collect files and copy to a new location”. This does exactly what it sounds like.

It will take every last one of the files in your project and copy them over into a folder of your choice. This feature is a life save when working with a messy project. It will essentially organize the media (on the finder/hard drive level) for you. It won’t help to clean up your bins at all, but it will help to ensure that you are never missing any media.

Adobe Premiere does a great job of working with mixed media in a single timeline. In other words, if you were to create a sequence that has a few ProRes clips it in, an H.264 shot, and then an .r3d file (from a RED camera), you would be just fine.

However, there are plenty of post production tools out there (from color grading software to visual effects programs) that don’t deal with mixed format timelines well at all. As you might imagine, if you were working on a project that needed to get sent to a VFX artist, colorist, or finishing house, they may not be able to work with an XML/AAF of your project if it is linking back to all sorts of different media types. Once again, these issues can be solved by using the Project Manager.

When dealing with this sort of scenario, you would want to step inside the Project Manager, and then select ‘Consolidate and Transcode’. Unlike the option listed in the previous point, this will not only create a new folder with all of your media in it, but it will also convert every last clip to a singular format. This is a very simple way of converting your entire timeline to ProRes let’s say, while still maintaining your edit points, transitions, and other editorial actions.

Many editors today cut just as much on their laptops as they do on their desktops. In some cases you may need to be cutting remotely, or in other cases you might simply be doing a lot of traveling and want to be able to work on your project on-the-go. For whatever reason, it’s always nice to be able to work off of a version of your project that is linked to proxy media (meaning low-res versions of your clips). In the past, it was critical that editors would plan for a proxy workflow before they would start editing, and generate proxy files to be ingested into their NLE when first setting up their session.

Now however, by using tools like Adobe Premiere Pro’s Project Manager, you can decide to generate a proxy version of your project at any given time. So if you are in a situation where you need to travel all of a sudden and weren’t expecting to bring your project with you – you won’t have to worry about bringing along all your hard drives.

You can simply use the ‘Consolidate and Transcode’ feature like I mentioned before, but this time select a lower quality codec (such as ProRes LT) to have the footage transcoded to. In the end you will wind up with an identical project to the one you are working on, but it will just be linked to much smaller files.