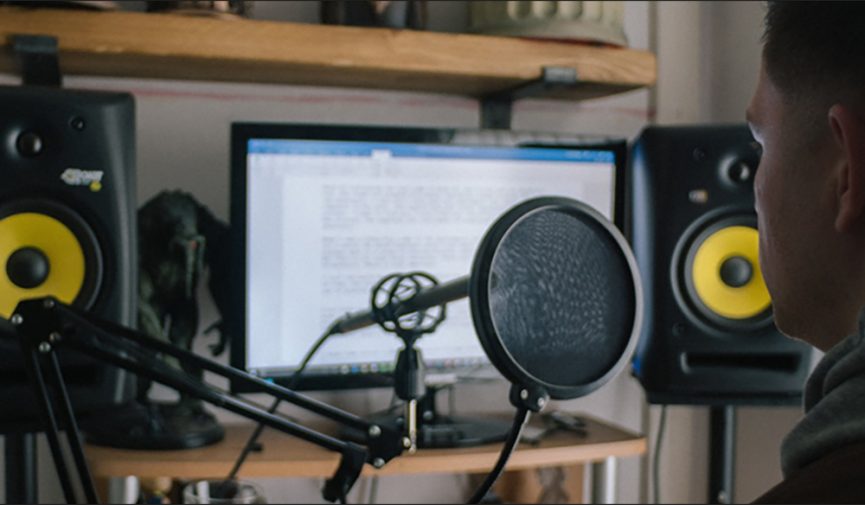 The Videographer’s Guide to Vlogging

Vlogs are taking over online content. Here’s how to get yours started.

Vlogging has become big business for some filmmakers; there are YouTubers who make more money than Hollywood actors and directors combined, and they get sponsorship deals from some of the biggest brands on the planet. This guide will help you create stand-out vlogs in the torrent of existing channels.

Sound is often the most important aspect of a film. You can get away with bad visuals but not bad audio. However, this is a YouTube vlog and not a feature production. That means you have a bit of leeway. Nonetheless, you still want your audio to sound more professional than the next vlogger. If you come from a filmmaking background, you may already have a shotgun microphone in your kit. 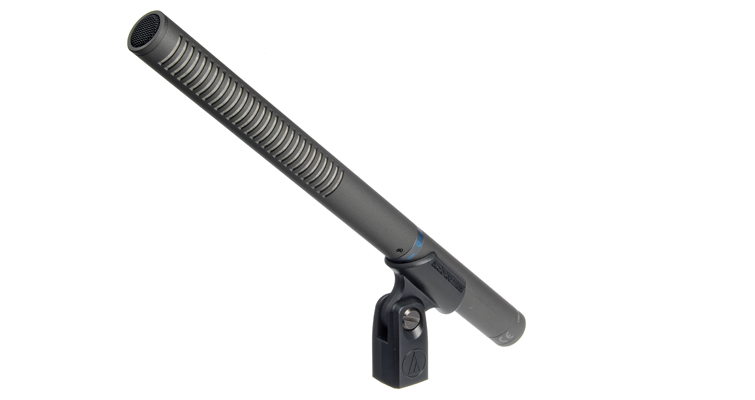 These microphones are perfect for capturing dialogue on set, but they’re not ideal for vlogging. This is because a shotgun microphone has a small polar pattern, and you need to speak in the direction of the microphone for precise audio. Without a boom operator, you’re going to need to remain stationary. If you’re in front of the microphone but you need to move to the side to pick something up, your dialogue is going to drop out dramatically.

However, if you plan to sit still throughout the entire vlog, perhaps in a style similar to filmmaking educator Dave Dugdale, you can still use a shotgun mic. You can just position the microphone nearby for a nice, clean pickup. Since this is a vlog, it doesn’t matter that the microphone is in the shot. 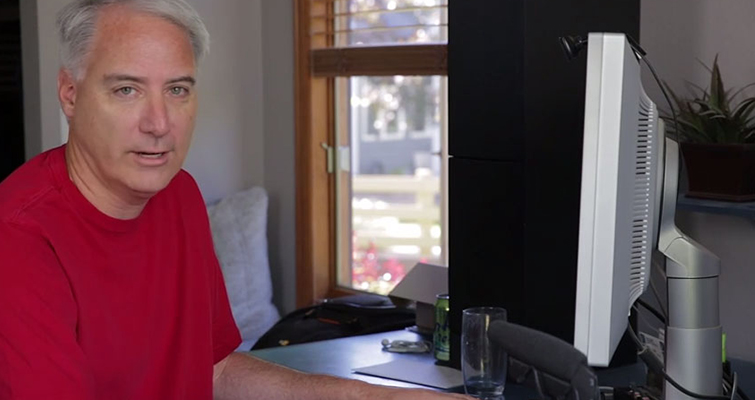 If you don’t come from a filmmaking background, and you want to purchase your very first shotgun microphone, you can stay budget-friendly with the Rode Videomic. YouTuber Sean Cannell for THINK Media TV breaks down why he thinks it’s a great shotgun microphone for YouTube in the following video.

You can also add production value to vlog by including music. You can either stick to one theme, or license a number of different songs for each topic you cover. Music is great during transitions, and it really improves your intros and outros.

If you’re working in a small space, it’s not always possible to add a large boom stand for your mic. Instead, you can use a microphone desk arm and clamp. You just clamp the bottom of the stand to the desk, extend the arm to the necessary position, and attach your microphone to the mount. I like to use a shock mount since I’m in such a small space where there’s a greater chance of accidentally bumping my microphone. A shock mount keeps this from ruining my audio.

If you have a shotgun microphone, it likely came with foam wind protector. You can use this as a makeshift pop filter, but I recommend that you purchase an actual pop filter as soon as you can.

The camera, in all honesty, isn’t necessarily the most import piece of vlogging equipment. Vlogging cameras can range from an iPhone to a compact camera like the Panasonic Lumix DMC-LX15 to a mirrorless camera such as Sony a7s. Some vloggers use DSLRs like the 5D Mk III. Casey Neistat, arguably the biggest vlogger on the planet, is currently using the GH5.

When it comes to mirrorless and DSLR cameras, the most important factor will be your lens. This will directly affect how you appear to your audience. For example, standing near a camera with a wide-angle lens will distort your appearance.

Likewise, a longer focal length will eliminate a lot of facial definition and make you appear flat. Instead, you want to use a 35-50mm lens. This is going give you a somewhat-correct proportional representation, and these lenses are typically fast, so you can use low light if you need to.

You’ll likely be working in a confined space, perhaps from your desk, so you’re not going to have a lot of room for lights like you would on a film set. Luckily, you don’t need that many lights — perhaps only one.

Often, I see new vloggers using a LED ring light. This is a good choice; however, depending on the size and position of the ring light, you can get one of two results.

With a larger ring light, the light is more radial and spreads in an even circle across the subject. Light will also reach some areas of the background, depending on the distance between the subject and the background.

However, if you opt for a smaller LED ring light (one that fits around the lens instead of the camera itself), it produces a small radius of hard light, and as a result, the light is now more defined, and the ring light will reflect in the eye of the vlogger. While this look works perfectly in certain circumstances like makeup tutorials or night club photography, I believe it’s too distracting for general vlogging.

As a side note, it’s important to know that a large LED ring light will also give you a ring catch light if it’s within close proximity to you. The further away the light is, the more the catch light will become a small blip instead of a noticeable ring.

If an LED ring light is too expensive, you can also use paper lanterns that cost next to nothing. Philip Defranco uses two of these to light his very successful YouTube channel. 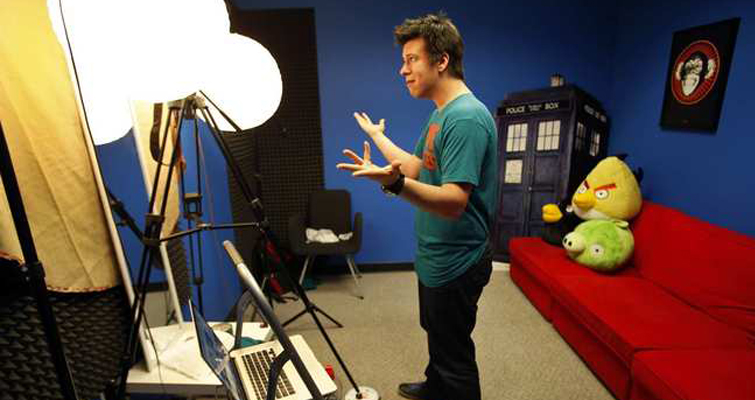 This is one of the most important factors, and it is completely free. Let’s say that, right now, you can’t get any of the aforementioned equipment. You can still make your vlogs stand out by making sure there is depth within your image. 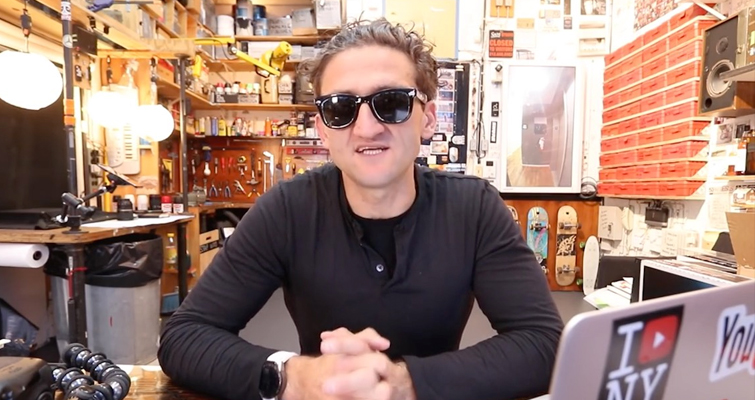 Whether you’re looking to share unique filmmaking tips or simply your thoughts, vlogging can be the outlet you’re looking for. For more vlogging tips, check out this PremiumBeat article.

Do you have any vlogging tips? Let us know in the comments.