Why All Directors Need to Take Up Acting

Indie film directors today have largely become more concerned with gear, effects, and post-production than with story and acting, which is one reason so many indie films fail to have any success. While the technical side of filmmaking is critical in today’s filmmaking environment, it is raw performance that will always be what captivates audiences most.

It’s interesting to look at how many high budget blockbuster films have completely failed over the last few years, and how many small independent films have done better than ever. This summer the film ‘Boyhood’ which is an experimental drama has done exceptionally well at the box office, while huge films like “Edge of Tomorrow” are unable to break even. While there are many factors that contribute to this situation, I would suggest that the largest of them is the lack of emphasis on story, character, and most importantly performance. Not all blockbuster films are flops, and they certainly aren’t all bad. It’s interesting though to recognize that big blockbuster hits like Chris Nolan’s Batman films, had a heavy emphasis on character and performance, and ultimately those elements helped to elevate and compliment the technical and visual aspects of the film. 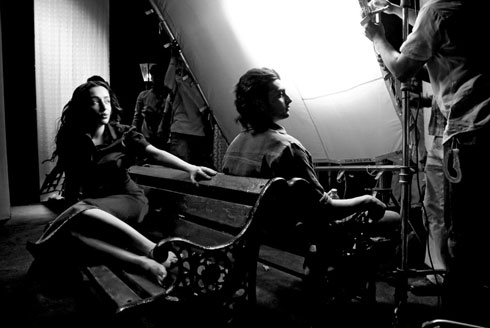 You might think that it’s only on the large scale blockbuster films where these issues occur, and where performance has become a lost art. But truthfully, I see it happening more than ever in independent film today which is likely a direct result of the easy access to equipment and knowledge. Just about anybody can pick up a camera today, learn how to set it up on YouTube and then go out and shoot something that looks half decent. But that certainly doesn’t mean their film will be strong or that the most important ingredient will have been delivered on – the performance.

It goes without saying that for a film to be successful a certain level of quality must be there in terms of production value, and of course story as well. But I would argue that performance is the single most important element for any given film, and unfortunately as I mentioned above – probably the most overlooked element too. Films with flawed scripts, but great performances can still be successful – take a look at August Osage County for an example of this dynamic. That film had some problem areas in regards to the script and structure (it really was better suited for the format of a stage play), but exceptionally strong performances by the cast helped to make it an enjoyable and memorable film. On the other hand, films with fantastic scripts and poor acting are destined to be flops. It is the actors and their performances that represent the words on the page, so unfortunately no matter how good those words are, without great actors to deliver them they are going to fall flat.

This may seem obvious, but unfortunately for many filmmakers today it isn’t. Most independent directors that I talk with don’t know the difference between Meisner and Method. They don’t understand what an actor needs to warm up, how they need to be spoken to on set, and what tools they use to get into character. Without these pieces of critical knowledge, it’s really impossible to communicate with an actor in the best way possible and to get the most accurate performance from them. The good news is, you don’t need to be an expert on acting to understand how actors think – you just need to take some initiative and interest in their craft.

I’ve taken a number of acting classes and they have been undeniably the best assets for me as a director, and far more beneficial than anything I’ve ever learned with regards to blocking, cinematography, or screen direction. Earlier on in my career I fell into the trap at least once or twice, of focusing so heavily on the wrong aspects of my productions, and ultimately they were not up to par in my mind because of the lack of attention to performance.

In the early days of cinema, a directors job was simply to direct actors. That was it. The DP shot the film, the editor edited the film, and a writer wrote the film. Today, many directors (myself included) do all of these things (and then some) because of the accessibility to technology and the shift in production from a technical perspective. This is all well and good – in fact, I personally love being very hands on with my film work and shooting/writing/editing much of it myself, but never at the expense of performance. If I ever feel that the amount of time or effort that I am putting into any given facet of the production is taking away from time that I could spend with my actors, I will have someone else fill in for me. There is a certain hierarchy in my mind to my approach on set, and at the very top of that pyramid is performance. If I can successfully direct my actors and focus on the cinematography at the same time, I may go ahead and do that. But the moment that I am focusing too much on camera and not enough on talent, it starts to show on screen.

My suggestion to any aspiring directors out there, is to simply learn how to act. Take a class here or there and just understand the basics of the craft. You don’t need to be an expert, but you do need to understand the fundamental principles that drive the people that are ultimately representing your film – the actors. While everyone else is struggling to get a bit more resolution out of their cameras, or learning how to use a new piece of editing software, you will be jumping by leaps and bounds by actually focusing on directing – something that many directors no longer do.