While DSLR technology has opened up a whole world of possibilities when it comes to capturing cinematic like images, it’s also caused an overuse of extremely shallow DOF.

Like many filmmakers, one of my largest goals is to create visuals that truly feel cinematic and filmic. By now, most of us know that there is much more to getting a cinematic looking image than simply using shallow depth of field, yet most of us to this day will focus on DOF over many other facets that are equally important. Framing/compositing, lighting, camera movement, and other critical cinematography techniques nearly always play second fiddle to depth of field for most filmmakers, and this can cause some big issues when developing your craft. 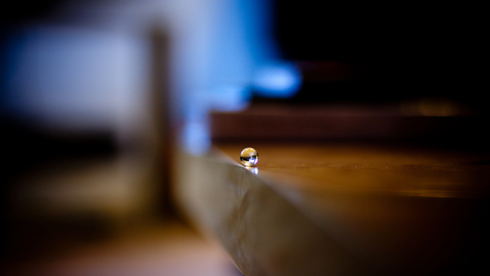 Cinematography, like any art form needs to be constantly developed, practiced, and challenged. One of the biggest issues that DPs run in to (especially as they start getting really good at a particular style), is that everything that they shoot starts to look the same. They know how to make an image look good every time – they can frame a nice closeup, get proper lighting ratios for hair/fill lights, have good slider techniques, etc. But eventually this skill set becomes overused by the DP as it is an easy way to fall back on guaranteed nice looking images.

Before I go on, it’s worth noting that I’m not suggesting that you throw out everything you know every time you get to set so that you never repeat yourself, but I am suggesting that you shake things up a bit so your work doesn’t become boring. And probably the best way to do this if you’re a DSLR shooter, is by shooting with a deep depth of field. 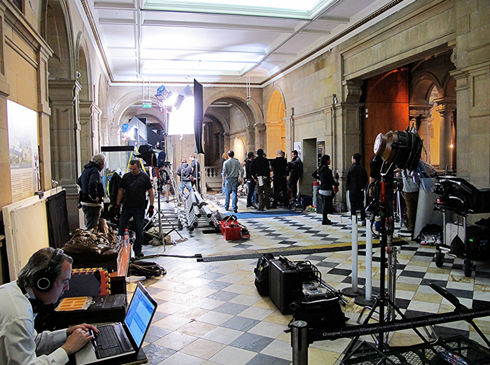 Why Deep Depth Of Field?

Mainly because it’s the exact opposite of what you want to do. It’s really easy to make an image look nice when you can throw the messy background out of focus, but when you need to shoot with a deep DOF, things get harder – which is a good thing. It’s when you’re challenged that you can really develop as an artist, so why deprave yourself of that personal and creative growth?

Try shooting your next closeup scene at an F8 instead of an F2.8 and see how it will change everything. You’ll position your actors differently, frame up the shot in a unique way, clean up the production design, amongst many other things. When you eventually get your shot looking right (even if it took more work than shooting with a shallow DOF), you’ll end up with a result that is far different from what you would normally get. And hopefully for the better.

To this day I still shoot the majority of my material with a shallow DOF, and I’m by no means advising against using it, but I am advising that you attempt to master shooting without relying on a wide open aperture. When you’ve mastered deep DOF, or at least grasped it more than you might have right now, going back to shallow DOF will yield much better results as you’ll be paying attention to different areas of the image that you otherwise may have not been focusing on.

And by the way, deep DOF can look really cool. A lot of the times we associate deep depth of field with old camcorders, or the ‘video-look’. But there have been plenty of films since the early days of cinema that have employed deep DOF shots, and have been some of the most iconic and cinematic films in history. The most obvious example is of course Citizen Kane, which has one of the deepest DOF shots I’ve ever seen, and a lot more ‘cinematic’ than anything shot on a DSLR at F1.4!

Assuming you’re already an experienced DP, just go out and experiment. Have fun with it. See what works and what doesn’t, letting yourself place a focus and emphasis on all of the other important components of cinematography. When you start nailing some shots without having to use the crutch that is shallow depth of field, you might just feel like a huge weight has been lifted off your shoulders.