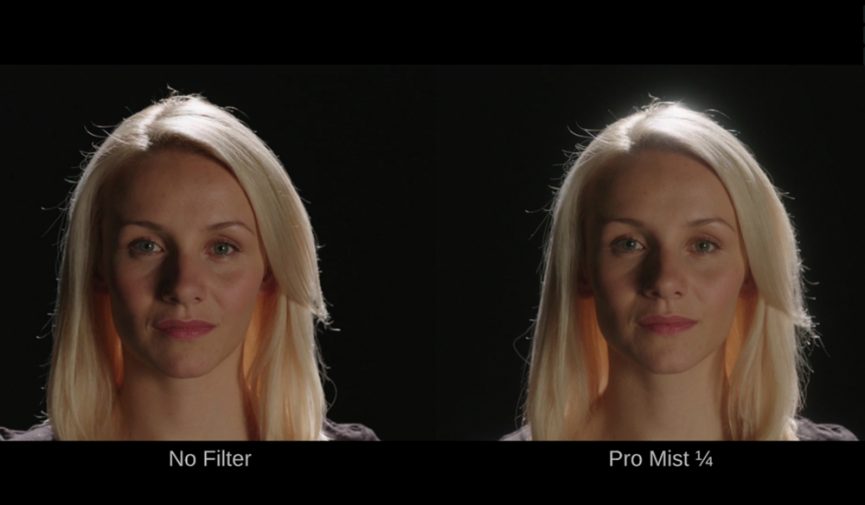 The World of Diffusion Filters

A diffusion filter softens your image and generates a haze around bright objects. Learn how this can add style to your video project.

Some filmmakers and videographers think you shouldn’t add an effect in-camera that you could easily take care of in post-production. However, filters can help you capture a broader range of visual information without the sacrifices you might have to make to your image to get this same effect in post.

For example, years ago I won a filter pack from Jessops and quickly learned that a gradation filter would allow me to capture more detail in the sky without distorting the highlights from the color profile in post. It changed everything. Over the years I’ve now collected a good range of filters that have different properties and effects. One type of filter that I’ve come to love is the diffusion filter. An image captured through a diffusion filter looks hazy, dreamlike, or even romantic.

The diffusion filter creates a haze by spreading out the light across the etched filter surface. It’s entirely different from blurred or out-of-focus images — a diffused image retains its contrast and sharpness. This is the effect of bending a percentage of the image-forming light from its original path to defocus it. The minuscule patterns on a diffusion filter will also help alter the bokeh. 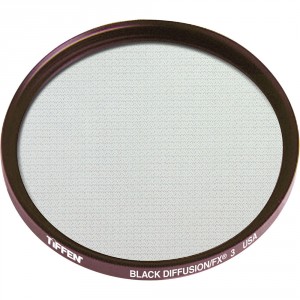 The following is the Tiffen Black Pro-Mist in use.

You can see on the right that the image has a beautiful haze around the light and softens the details of the actress while retaining the sharpness of the individual hairs and details of the eye.

When To Use a Diffusion Filter

Often, in contemporary media, cinematographers diffuse an image to inform the audience that we are no longer watching a film set in the modern time or the real world. Even those who are not versed in the language of cinema can subconsciously pick up on these visual cues.

Many films from the Golden Age of Hollywood have a haze to the image because of the lighting, film stock, lenses, and the use of netting. Replicating that by using a diffusion filter can simulate these motifs for the audience. 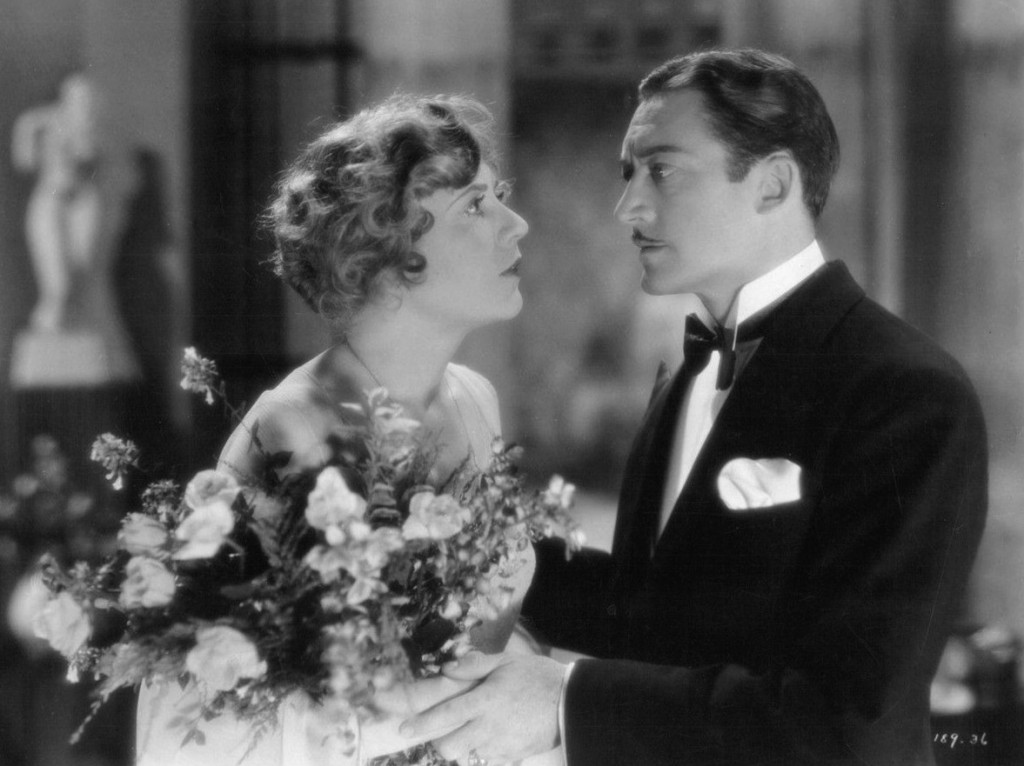 Inside Llewyn Davis (2013) is set in the early 60s, and it makes use of diffusion to create its look. 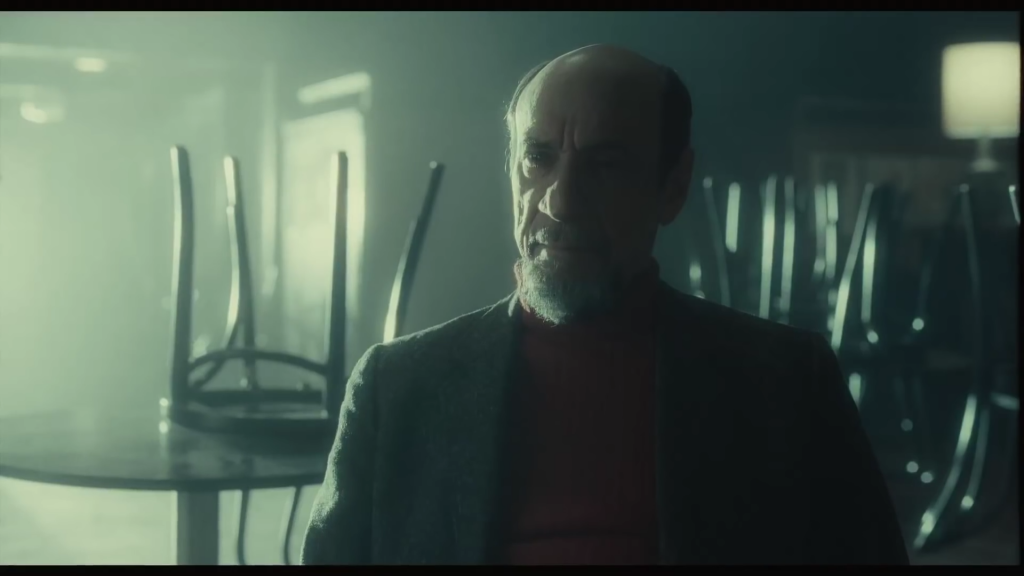 Is this to say that all films set in the past need diffusion? Absolutely not. Many, do not. However, it is a beautiful aesthetic to call upon if you need to enhance the periodic elements.

Likewise, it can also be a useful tool to create a dreamlike scene. 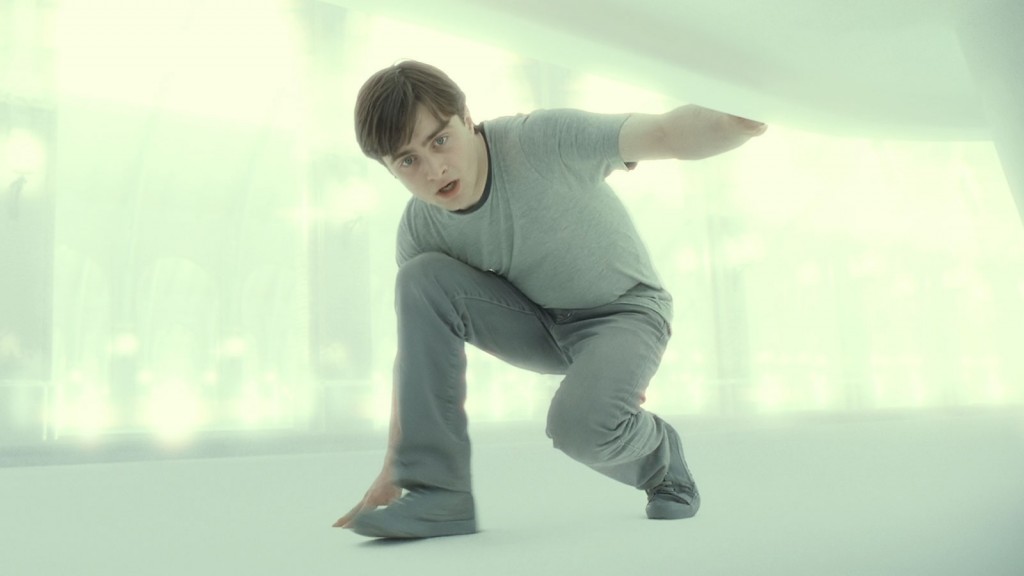 Image from Harry Potter and the Deathly Hallows, Part 2.

Lower-strength diffusion filters can soften wrinkles and give the face a more flawless look. Many people will simply rely on After Effects to correct these imperfections, but if you’re pressed for time, getting the shot in-camera is always the best, and perhaps the purest, option. There are specific filters, such as the Tiffen Softnet, specifically for this purpose. The Softnet filter mimics the use of placing a net behind the lens, which was an early way to diffuse an image.

Some of the earliest ‘portrait’ diffusion filters still in use today are ‘nets.’ Fine mesh, like a stocking, stretched across the lens, has made many a face appear youthful, flawless. The Tiffen Softnet filter series, a modern update made of special fine net laminated between clear optical glass, provides a greater effect on small details, such as wrinkles and skin blemishes, than on the rest of the image.

You can also produce the diffused look with a plug-in such as Magic Bullet Looks. While it produces a similar result, it’s not unlike trying to make digital footage look like 35mm film — there’s nothing quite like the real thing.

How to Use a Diffusion Filter

Focal length will affect the level of diffusion. Using a ¼ Promist on a 180mm lens will result in more diffusion than it would with a 24mm lens. For this reason, it’s advantageous to drop down a level of diffusion when substantially increasing the focal length. In addition, make sure your talent is well lit. As you can imagine, the haze effect is all but lost on a dark set.

If you’ve ever used a diffusion filter outside with a wide angle lens, you may have noticed that smaller details tend to become lost in the image. This is because the diffusion pattern tends to become too strong for small details when shooting wide angle. You should use the lowest level of diffusion for an extreme wide shot, or keep your shots tight. 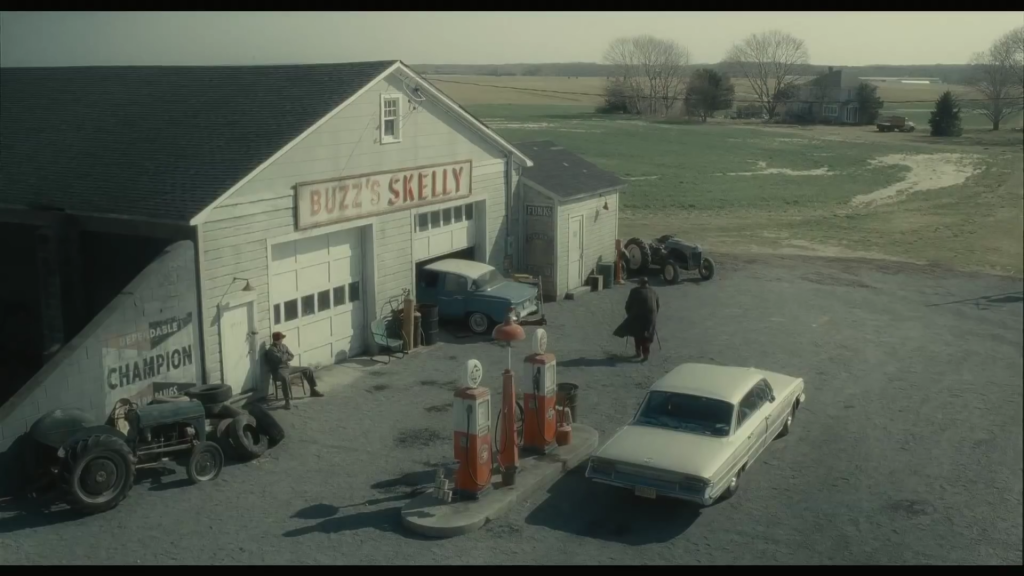 Image from Inside Llewyn Davis.

Further, while the effect works best when used with a well-lit subject, you want to avoid strong light, especially harsh sunlight. Excessive light will wash out the image.

For more insight into which diffusion filter to buy, I highly recommend reading through Tiffen’s lengthy but educational post about their diffusion filters and what they do. Each filter type has an accompanying video that demonstrates the effect of the filter in action.

Do you have a favorite diffusion filter? Let us know in the comments.