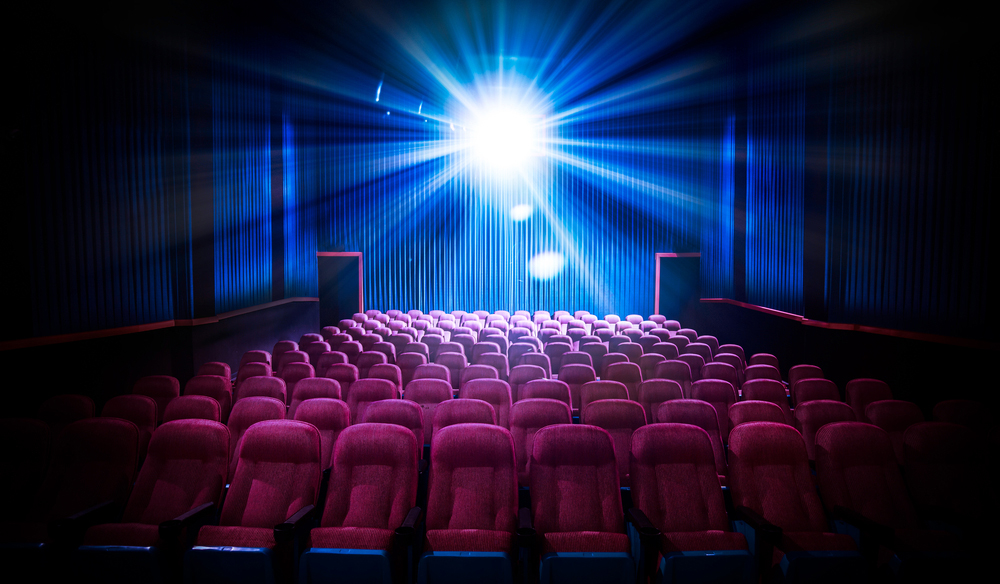 10 Things to Know Before Screening at Film Festivals

Here are ten must-know tips for getting your film or video project into a film festival — and what to know before your film screens.

I recently had my first experience screening a film at an indie film festival, and it seemed like a whole new world opened up. Having covered festivals for several years, I was no stranger to how they worked from an outside perspective, but after receiving a “filmmaker” badge for the first time, it became a completely different experience.

So, with this new perspective in mind, here are 10 helpful things I gleaned from screening a film — and what I wished I would have known going in.

What to Include in Your Submission

Let’s backtrack one step: you have to submit your film to festivals before they invite you to screen. If you go to your favorite festivals’ websites, you’ll find their submission guidelines and forms available, but nowadays it’s probably best to use a platform like FilmFreeway or Withoutabox. For those interested, I used FilmFreeway — and even wrote this article with some quick tips based on my submission process.

Get All the Info

Once you are accepted into a festival, you’ll usually get a confirmation email that makes you feel warm and awesome. Be sure to keep an eye on your submission platform as well though, as updates to your status will appear on those sites just as regularly (and will let you know if your submissions were rejected, meaning you can direct your efforts elsewhere).

In your acceptance email, you should get all the info you’ll really need regarding dates, travel, events, and even your screening time(s) — although that might come later or be subject to change. If you are accepted and don’t receive all the info you need, definitely reach out to the programmers. The longer you’re in the dark, the harder your travel and work arrangements will be to coordinate.

Plan Your Travel and Accommodations 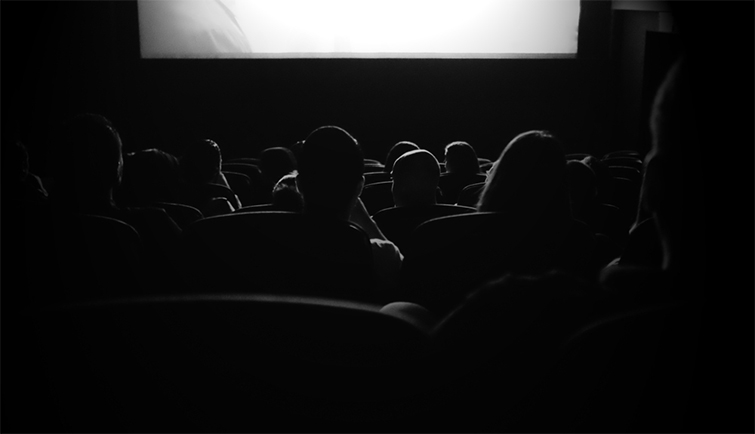 Depending on many variables (size of the festival, type of film you’re showing, popularity of your film), travel and lodging may or may not be provided. If you’re being comped a hotel room and given a travel stipend, that’s awesome. However, for many indie festivals and up-and-coming filmmakers, the onus is on you to get yourself and your team to the festival and find a place to crash at night.

If the programmers don’t offer accommodations outright, hit them up to see if they can hook you up with a “couch network” with festival programmers and volunteers who live nearby.

Remember when you put together your submission and built your film profile page on Filmfreeway or Withoutabox? There were those boxes telling you to import promotional photos to represent your project. Well, you better like those photos a heck of a lot because you’ll be seeing them often throughout your festival experience.

Not only will they be the one-and-only piece of information about your film in the programs and any other festival literature, they also may end up blown up on the big screen before or after your screening for everyone to stare at (and judge your photography’s artistic merits). 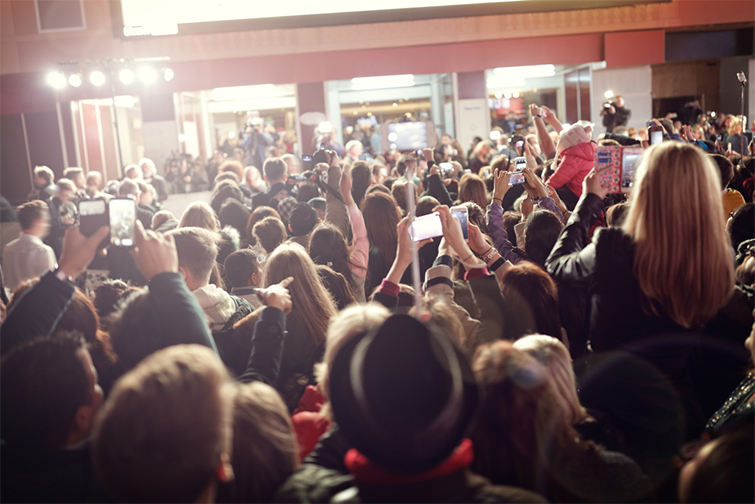 Image by Brian A Jackson.

Short films and feature films are different presentations. Features usually get their own billing and screening time. Before features, a programmer will usually introduce the film and may ask the filmmakers to come up front to answer a few questions. After a feature screening, if the filmmakers are in attendance, they’ll often come back up to do a Q&A with a programmer and/or the audience.

Short films, however, are screened in blocks (usually around six to ten shorts for a 90- to 120-minute block). The blocks are usually broken into narrative, documentary, or experimental (or late night). If it’s a big festival, you may have Narrative Block 1, Narrative Block 2, etc. The individual short films in the blocks seldom get individual distinction other than listings in the programs. At short block screenings, a programmer will sometimes introduce the whole block and offer a few words about each film. Afterward, all the filmmakers in attendance come up together to answer questions, which can sometimes make for a crowded stage.

Be Prepared to Promote Your Film

Perhaps the biggest piece of advice I can offer, which you’ll learn very quickly once you show up for your screening, is that it’s up to you to promote your film. Yes, the festival will promote itself in its local community (and probably abroad too), but that’s only a small part of overall promotion. If you really want people off the street to come in and see your film, you’ll need to do the legwork to get them into the theater.

If you’ve been planning for it, this is where your marketing and promotional materials come in. If you have posters, get there early and get them up in the area. Bigger features have marketing teams that hit the streets with postcards and other materials — with screening times already printed up. It’s up to you and your team to get the word out — with your friends, with the festival attendees, and with the general public.

Work on Your 10-second Pitch 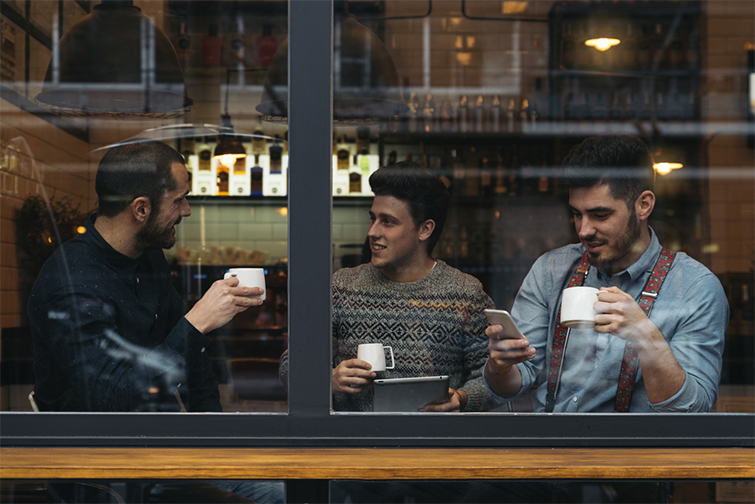 Another thing you’re going to need to practice is your 10-second elevator pitch about yourself and your film. You’ll get good enough at it when attending your first festival because you’ll have to do it over and over again. You’ll also hear dozens of other filmmakers give theirs, so you can learn from those, too.

Basically, at any mixer, party, or event, you’ll be meeting attendees and other filmmakers who will ask the same basic questions. Who are you, and what is your film? Your answer is your chance to promote yourself and your film. You can keep it loose, but having your pitch ready will help break the ice.

Stay Out Late and Get Up Early

Film festivals are awesome. And as I’ve written before, the indie film festival is hugely important part of the filmmaking ecosphere as a place to make connections, build relationships, get audience feedback, and invigorate a community. If you value yourself and your project enough to put the time into creating it and submitting it to festivals, you better make sure you get the most out of the experience.

Whether it’s a weekend festival from Friday to Sunday, or a week-long (or longer) major festival, there will undoubtedly be lots to do, from workshops to panel discussions to mixers to after-parties and, of course, tons of screenings. If you can, I highly suggest doing damn near everything.

This one is a little nitty-gritty, but festivals vary. And even within a given festival, there may be several different screening setups that require specific files. When your screening is set up, your festival contact should let you know if they have any specific export requests.

Be sure to follow up with an export that meets their standards and double-check to make sure it’ll work with their system. The last thing you want is a technical issue minutes before your screening.

This is a piece of advice from some old business development days, but it still holds true. If you feel you were lucky enough to have your film screened at a festival that seemed cool to you, make sure you let the folks know who gave you the opportunity and shared the platform. It may be a contest in some ways, but at its heart a festival is a community. Having seen festivals work for some time now, I can tell you these programmers and coordinators and volunteers do it for their passion for films and filmmaking.

Once you do get a film into a festival, and would like to get more in the future, stay engaged, supportive, and positive. If you stay at it long enough, chances are you’ll see the same people around and get plenty of opportunities to pay it forward.

For more filmmaking advice and inspiration, check out some of these articles.