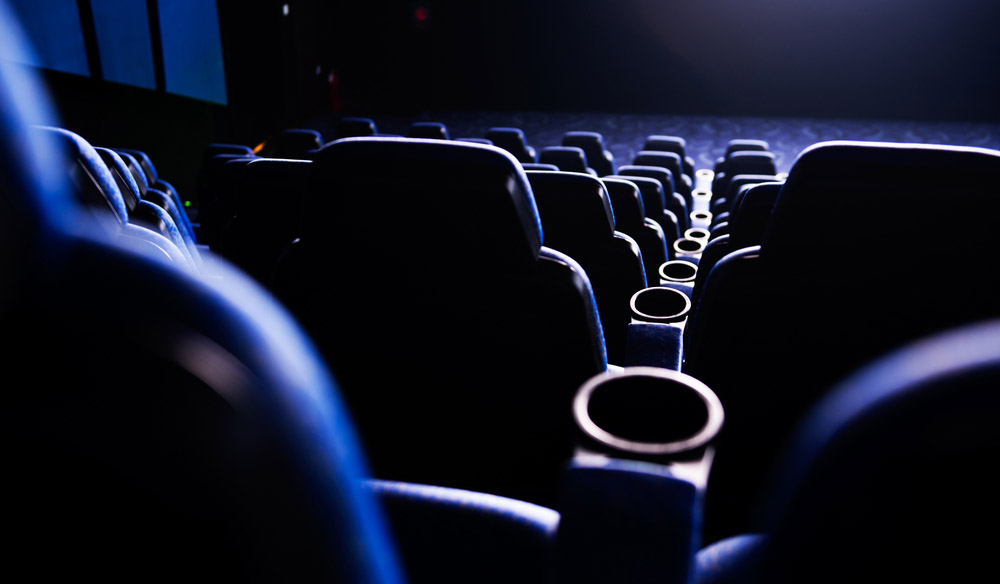 In this roundup, we present everything you need to know about the films and industry trends from the 2018 SXSW Film Festival.

The SXSW Conference has once again come and gone, and now we’re left scrambling to figure out what it all means for film fans and filmmakers. The SXSW Film Festival saw everything from big-name world premieres (Spielberg’s Ready Player One and Wes Anderson’s Isle of Dogs) to awesome up-and-coming film screenings (John Krasinski’s A Quiet Place and Augustine Frizzell’s Never Goin’ Back) to inspiring discussions (Darren Aronofsky and Barry Jenkins). It was also a refreshing look at the future, as SXSW Film bucked the recent Oscars trend by featuring women-directed films for eight of the 10 Narrative Feature nominations.

For our coverage, we tried to reach out to as many filmmakers as possible from all levels of SXSW Film programming to compile stats and information on how they financed, shot, and produced their films — as well as their ideal distribution methods and nifty filmmaking tips and tricks.

After looking into 50+ films, covering everything from Narrative Features to Midnighters to Independent Episodics, we’ve done our best to process the data to reveal some film trends that can benefit filmmakers at all skill levels. 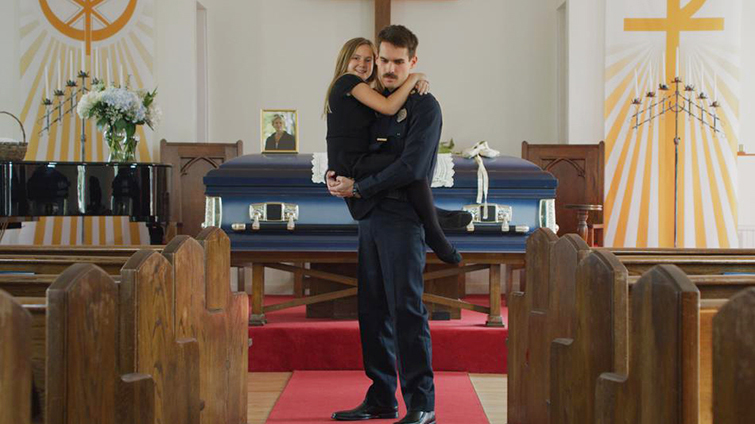 First off, let’s take a moment to recognize the festival winners and audience favorites from SXSW. For Narrative Features, special jury awards went to filmmakers Carly Stone for The New Romantic and Nijla Mu’min for Jinn (for First Feature and Writing recognitions respectively). Thunder Road, written, directed and starred by Jim Cummings, took home the Grand Jury accolade. (For more about Thunder Road’s journey from a Sundance-winning, one-take short to narrative feature, check out this interview from last year).

You can check out the full list of Jury Awards here and the Audience Awards here. 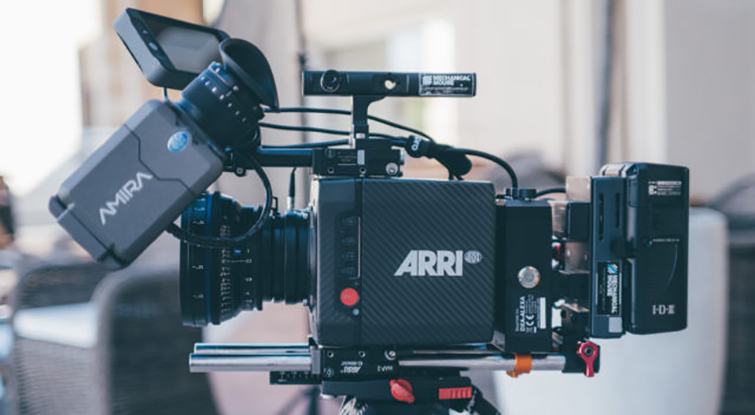 For filmmakers, cameras and gear are often points of contention. If you’re trying to decide which camera to use for your features, shorts, or other projects (or, simply, which one to invest in for posterity’s sake), the trends don’t look great for your pocketbook.

If we focus on the Narrative Features, Narrative Shorts, Midnighters, Midnight Shorts, and Independent Episodic pilots that we looked at, the trend seems to indicate that the ARRI Alexa level was the heavy favorite. Of the roughly 25 filmmakers who responded in those categories, over half shot on ARRI Alexas, Alexa Minis, or ARRI Amigas (with the RED Dragon and Epics coming in as additional high-end digital preference).

However, that’s not to say you can’t get into SXSW unless you use one of these cameras. After the drop-off among respondents of the ARRI- and RED-level cameras, the trend opened up to include a fairly dispersed mix of Panasonics, Canons (5Ds, C100s, 6Ds), Blackmagic Ursa Minis, and Sony a7Ss — and some other interesting options.

Image via The Ranger (SXSW Midnighters).

We also looked at the film genres represented at SXSW. This is a little harder to break down by the numbers, but it’s just as important. If SXSW has a favorite, it looks like it’s the horror and experimental genres. This has less to do with preference, though, and more to do with SXSW offering a full block of “Midnighters” features as well as a Midnighters shorts section, which lean heavily toward experimental and traditional horror.

If you look at the genres filmmakers assign to their own projects (instead of what you see in the SXSW program), you discover a decent split between multi-genre films and straight genre classics. Here’s our breakdown. (Based off of filmmaker’s terms. For split genres — i.e. Drama/Comedy — we used the filmmaker’s first term as the base, then the second as a sub-genre). 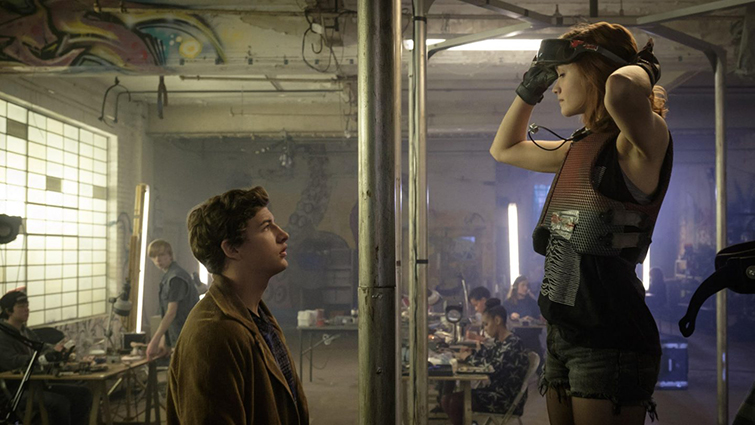 Image via Ready Player One (not included in SXSW Budget trends)

Believe it or not, many filmmakers are not too keen to share their budgets (either for production or marketing), so we won’t call out any single film’s overall budget. However, budgets are important to consider, and they’re a huge issue that many filmmakers worry about on a daily basis, so a bit of perspective and scope can be very helpful.

The following is what we discovered (generally) about budgets:

It’s also worth noting that many of these numbers can be skewed due to grants (which about one-third of the films received), while excluding equipment the filmmakers already own (especially the films shot using prosumer cameras such as 5Ds and a7Ss). 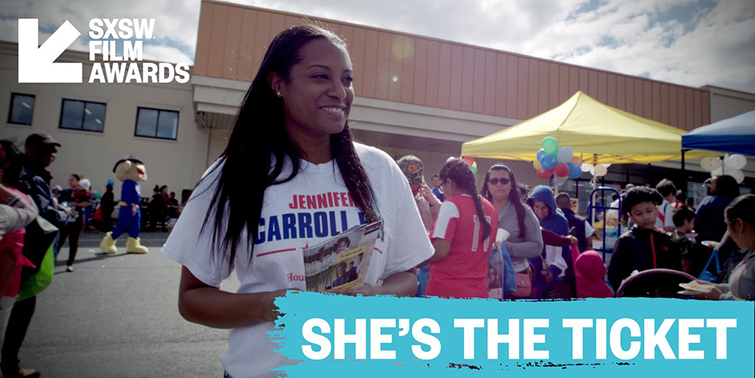 Perhaps the best way to understand the budget breakdown is to look at filmmakers’ distribution plans. While many of the headliners already had acquisition deals in place, the narrative and documentary features were, for the most, part all squarely in talks to finalize their post-festival distribution runs.

Based on our survey, the program through which a film screened dictated ~99% of the preferred distribution plan.

However, while distribution plans can be similar between projects, the means of securing them are quite varied. For instance, Clayton Jacobson’s Narrative Spotlight Brother’s Nest (making its world premiere at SXSW) had already found a creative way to get the film financed and distributed in Australian cinemas before production even began. This is a sign of filmmakers shifting focus from post-run traditional acquisition methods in favor of proactive marketing and distribution.

Image via Hold to Your Best Self (SXSW Independent Episodic)

As always, SXSW filmmakers did not disappoint with interesting anecdotes about DIY rigs and run-and-gun production tips. In many ways, SXSW Film embodies the upstart production aesthetic over more refined pipelines. Thunder Road is a great example of a homegrown short film-turned-Kickstarter-turned-breakout feature. But there were plenty more. Here are a few DIY takeaways from this year’s fest.

Gene Graham (Director/Producer, This One’s for the Ladies) — Documentary Feature:

Define your audience, know what you stand for, always have your release/film paperwork ready to go. If you think your project has commercial potential, get a good lawyer, and partner up with two or three besties that are at least at your experience level or higher.

Put things on wheels! The opening of our film starts with a oner that we couldn’t figure out for a long time. The space was small, and we couldn’t fit our Steadicam operator in such tight quarters without screwing up the geography of the place. Finally, our DP had the brilliant idea of putting a TV stand and TV on wheels so that a PA could pull the TV stand out just in time for the operator to sneak in there in the middle of the take.

Emily Hagins (Director, Hold to Your Best Self) — Independent Episodic:

We used different shooting styles and tricks to convey different character perspectives in our show, and in one instance, our DP created a “star bokeh” effect to make the lights behind one of the characters appear as stars because she kind of saw herself as the ‘center of the universe.’

Embrace the technological glitches that might occur, and use them to your advantage! These moments can perfectly express feeling or emotion that would be difficult to recreate. As you will see in the film, on the coldest wettest day we ever shot (7 hours in the pouring rain from Milan to San Remo in Italy), the water from the back wheel completely distorted and abstracted one of our action cameras; however, the footage looked fantastic and worked perfectly in representing how the world felt at the time.

One thing we were able to do was use our Movi as a remote head: we had a dolly, crane, and cable cam that we built ourselves. We mounted the Movi at the end of them and were able to get some fairly elaborate-looking setups. Jenn (our director) had an idea that she talked to me early on about [for] pushing in on one of the characters — dollying down for a reveal and then panning back up to see him scream. It seemed like a technocrane shot at first, but we did it by mounting the Movi to the end of our crane and dolly combo.

Overall, SXSW Film trends show us that while production levels are continuing to climb for the more competitive programs like narrative features and shorts (as well as documentary features and shorts), films are also becoming more diverse, more DIY-friendly, and more creatively distributed. SXSW has also expanded the ways you can experience films at conferences and festivals by expanding their virtual cinema and arts programs. Notable examples include Life Underground, a hybrid art installation documentary (which you can read more about here) and Beethoven’s Fifth, a cinematic virtual reality experience (which you can read more about here).

For more coverage from this year’s SXSW Conference (and conferences past), here are some more articles to check out.