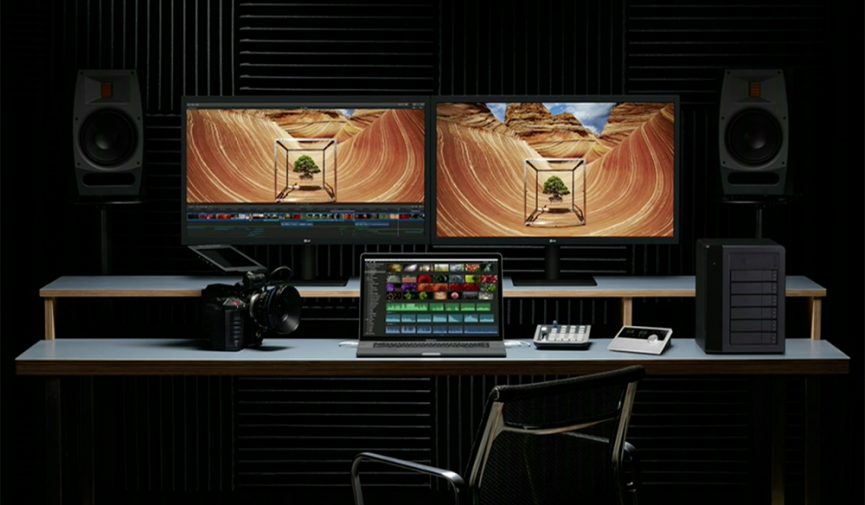 Creatives Everywhere Swoon Over the Latest From Apple and Microsoft

We aren’t too far removed from Apple changing the Mac Pro from a must-have post-production tool into a bizarre trash can that didn’t work nearly as well as its predecessor. Without the ability to easily upgrade the machine, creatives were left at a crossroads. Plenty of post houses and VFX houses moved to PCs for NUKE and Maya workflows, with some departments switching to iMacs for design work and editing in the Adobe Creative Cloud.

Independent video editors seemed to split into PC workflows and the ever-growing mobile video editing laptops like the MacBook Pro. Now Microsoft has announced their new Surface Studio, a 28″ tablet PC, just in time to compete with Apple’s new MacBook Pro. The new MacBook Pro features a multi-touch panel that allows you to do a variety of tasks, like editing video in a new version of Final Cut Pro. Here’s a glance at the future of the creative workflow.

This one goes out to the motion graphics designers and animators, the Microsoft Surface Studio is seriously one of the coolest and most innovative pieces of tech that has come out in quite some time. Microsoft has been developing this tech for decades. No joke, I saw one of the first Microsoft interactive tablets on a field trip in grade school in the 90s.

The final product is straight out of Minority Report or Tony Stark’s workshop. The 28-inch PixelSense display reacts to touch, and the Surface Dial is a hockey puck style device that allows you to fine tune adjustments or even pull up a color wheel. It also runs like a traditional PC on Windows 10 using a mouse and keyboard.

In the past, the Surface has been used in production by director Jorge R. Gutiérrez on the animated film The Book of Life. The Moho 12 app for the Surface Studio works with the Surface Dial to allow animators to move in the timeline, click to play, add new frames, and rotate or zoom the canvas. 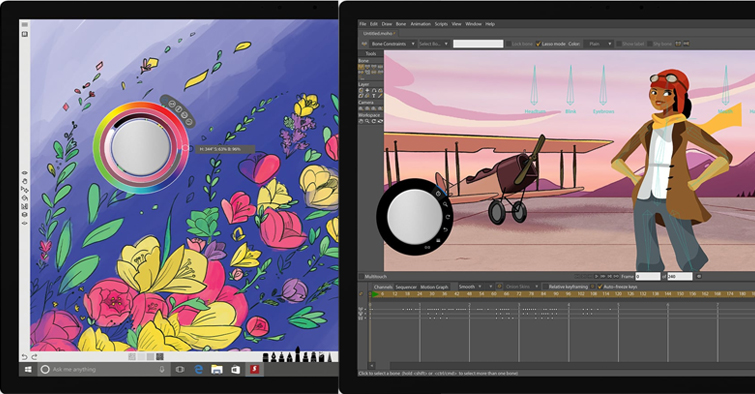 For designers using the Sketchable app, the Surface Dial allows you to make color adjustments, rotate or scale the canvas, and quickly access the brush settings.

For video editors, photographers, motion designers, and filmmakers — the Surface Dial also has a variety of tools that let you work in the Adobe Creative Cloud.

The Surface Studio starts at $2,999 and ships December 15, 2016. For more specs and to pre-order, visit the Microsoft store.

For those MacBook Pro users looking for an upgrade, the new laptop offers a retina display multi-touch Touch Bar that replaces the function keys. You can pull up the same keys you have now, but the Touch Bar also becomes an application specific tool. There is also a massive Force Track trackpad, twice as large as previous versions. 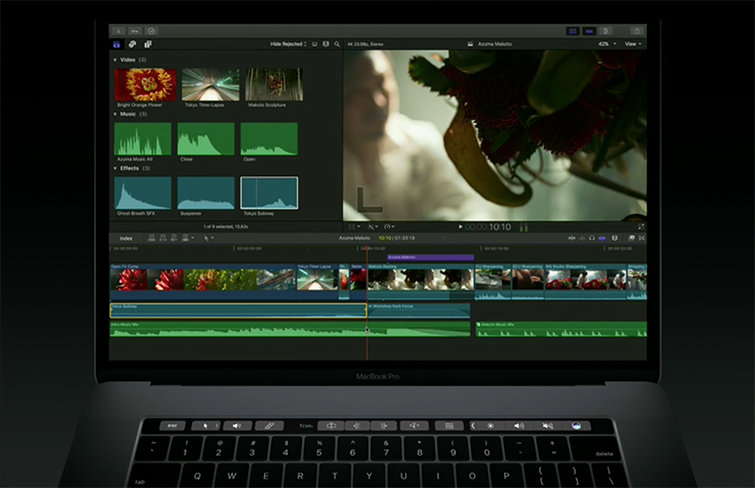 The interactive Touch Pad can show a timeline for video editors working in the new Final Cut Pro. The Touch Bar has video player features like play buttons and the ability to scrub through video. The Touch Bar is customizable to user preferences, and allows you to add your favorite controls — like an instant screenshot button.

The new Final Cut Pro uses the Touch Bar to show a condensed version of the entire timeline. You can even use it to adjust features like audio levels. Apple didn’t reveal much more about Final Cut Pro, so look for more to come in the near future. They did however claim that the MacBook Pro allows 76% faster video editing. 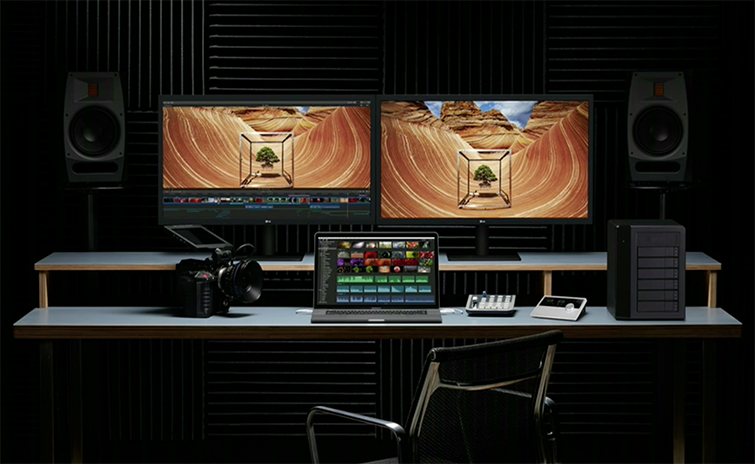 The four Thunderbolt 3 ports allow you to plug in up to two 5K Retina professional displays and two RAID systems — all running off of the MacBook Pro. For colorists, look for all new Touch Pad controls for DaVinci Resolve.