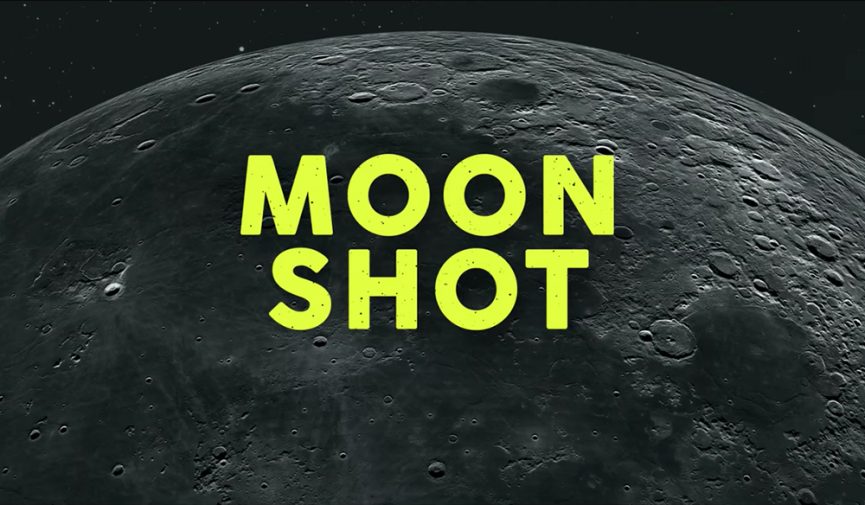 The documentary web series Moon Shot covers the Google Lunar XPRIZE, a $30 million-dollar race to land a robot on the moon. Once there, the robot must travel 500 meters and send back HD video. All teams must launch before the end of 2017. Easy right?

The clear mission and the suspense of whether or not the teams will overcome the challenge of this race makes for a great story.

That’s the focus of the nine-part documentary series, executive produced by JJ Abrams and directed by Orlando Von Einsiedel. This duo creates captivating portraits of some of the interesting people trying to win the race to the moon. It also offers filmmakers some great insights on what it takes to make compelling documentary content that works on the web.

Here are three takeaways I thought were particularly noteworthy.

1. You Need a Humanizing Theme

What could be bigger than trying to make it to the moon?

That’s the hook that gets you interested in the series, but it’s not enough on its own to sustain your attention through nine unique episodes.

That’s why you need a second story or theme to help your viewers relate to the people at the heart of each film. You need to include something to help us connect with the central characters and understand their motivations.

In rural areas [of India] girls don’t have equal opportunities … but I was fascinated about math from a very young age … I’ve always wanted to use my learnings about mathematics to work in aerospace and space science. — Deepana Gandhi

The bigger the obstacle, the greater the drama, and as screenwriter Aaron Sorkin likes to say in his masterclass on Story,

We’re going to talk about Intention and Obstacle. Which is the most important thing in drama. Without that you’re screwed blue. Without strong, clear intention and a formidable obstacle you don’t have drama.

So whatever the main theme of your documentary is, you also need to a humanizing theme to help ground the documentary in the audience’s hearts and minds.

If you watch all nine of the short films in the series, you’ll see the effectiveness of drawing out personal drama against the backdrop of your larger theme.

The second takeaway is related to the first, but it’s more about the execution.

If we’re going to engage with the human drama of the moon race story, we need to connect with and care about those people. It’s here that an expert interviewer can really draw out the most authentic answers from an interviewee.

That answer can be as simple as one line:

I found love a little late in life. No children of my own.

Perhaps, it’s the relationship between a crazy father and a supportive son:

He’s finally going for his dream. I’m very proud … just don’t show that to him.

To create engaging stories, not only do you have to properly detail the obstacle, you must also connect your audience to the emotions that underpin the conflict. When this doesn’t happen, your documentary just becomes light and noise.

In practice, this means that it’s vital that you gain the trust of your characters when shooting. Ask them emotional questions and let them sit with their answers.

In the edit, it means looking for those little segments that add connection — such as lingering on an answer, sometimes for a beat longer than you normally would, to make the audience really feel it.

One of the most striking elements of the series is how the creativity behind each installment matches the personality or context of the characters. While this may seem obvious, I think the reverse is usually true. The director or the camera person has a cool idea or style in mind that they’d like to try, and they foist it onto the film.

If you look at the opening shots of the film about the team from Canada (Episode 4, above), you can see that the top-down framing and quirky composition is unusual, just like the main character.

In the installment about the team from India (Episode 3, above), the slow-motion close-ups, quick cuts, and sound design all draw us into the hustle and bustle of India and give us context for Deepana’s experience.

For this reason, it’s often best if you can record your main interviews first and then film the illustrative footage and cutaways later on, once you’ve gotten to know both the central character and your story.

One of the best things about creating content for the web is that it can be any length you need it to be. Whereas the world of broadcast television or cinema distribution is much more constrained by duration, you are at liberty to make each and every film just as long as it needs to be.

It’s crazy how often a film’s duration depends on some arbitrary number (often from a client) rather than the constraints of the story. Sometimes that structure can be helpful, but on the web, it simply doesn’t exist.

That said, I’ll leave you with one of my favorite quotes from Frontline documentary editor Steve Audette ACE:

The mind cannot absorb what the butt cannot endure.

You can learn more about the Google Lunar XPRIZE on the official site and watch the whole nine-part film series here.

What are your thoughts on creating compelling web content? Let us know in the comments.