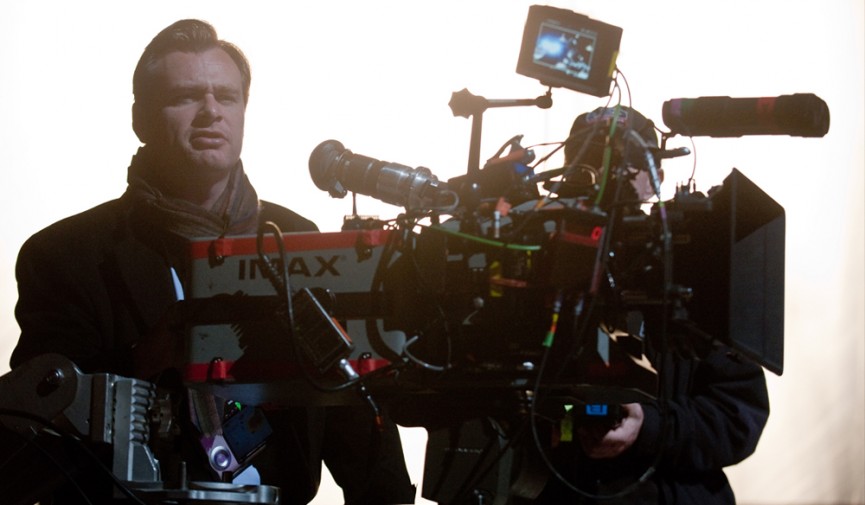 Before Christopher Nolan was a blockbuster director, he was a kid who loved movies. Here are the five films he identifies as his biggest influences.

Christopher Nolan has established himself as one of the blockbuster directors of this generation. The skills he has acquired as a filmmaker can be credited to the countless movies he’s seen in his lifetime.

“Movies become indistinguishable from our own memories,” Nolan said in an interview with Wired magazine. “You file them away and they become very personal.”

In May of 1977, Star Wars reinvigorated the world’s love of sci-fi and space films. That summer, theaters in the UK re-released Stanley Kubrick’s space epic, 2001: A Space Odyssey.

My dad took my brother and me to Leicester Square, which is where you’d find the biggest theaters in London. I remember very clearly just the experience of being transported to another world. I was a huge Star Wars fan at the time. But this was a completely different way of experiencing science fiction. I was seven years old, so I couldn’t claim to have understood the film. I still can’t claim that. But as a seven year old, I didn’t care about understanding the film. I just felt this extraordinary experience of being taken to another world. You didn’t doubt this world for an instant. It had a larger than life quality.

When I tell people this story, they often find it unusual that a child of that age would want to see 2001. But the truth is all of my friends went to see 2001 in the year after Star Wars. We would all sit and talk about what it meant. It was ‘pure cinema.’ The fact that it’s challenging cinema in an intellectual sense doesn’t bother you when you’re a kid. You just appreciate the feeling of the movie. — Entertainment Weekly

It just has that sensory stimulation of pure cinema that speaks to people of all ages. People forget kids like it too — because we were all into spaceships. — Empire Magazine 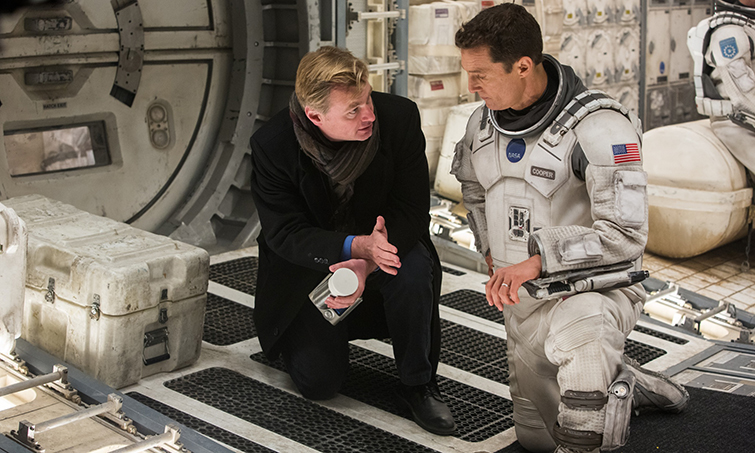 Image via The Guardian

It’s obvious that 2001 highly influenced Nolan’s Interstellar, but director Stanley Kubrick would be the one that really shaped Nolan as a filmmaker. Not only did Kubrick’s work leave an impression, but so did his personal approach to the craft.

From a storytelling point of view, from a directing point of view, there is one thing I associate with what he does, which is calm. There is such an inherent calm and inherent trust of the one powerful image, that he makes me embarrassed with my own work, in terms of how many different shots, how many different sound effects, how many different things we’ll throw at an audience to make an impression. But with Kubrick, there is such a great trust of the one correct image to calmly explain something to audience. There can be some slowness to the editing. There’s nothing frenetic about it. It’s very simple. There’s a trust in simple storytelling and simple image making that actually takes massive confidence to try and emulate. — Entertainment Weekly

It’s not Kubrick’s filmmaking alone either, as the director also influenced Nolan’s approach to studio collaborations.

I think anyone who is working [for the studios] looks to Kubrick as the great example of someone who is able to make films that were very personal to him, very idiosyncratic, with a great degree of passion, while collaborating with the studios and making what he did fit within the economic models of their times. — Entertainment Weekly

That mindset has since helped Nolan’s production company, Syncopy, establish itself as a blockbuster powerhouse in a matter of years. Syncopy has collaborated with Legendary Pictures, DC Entertainment, and Warner Bros. to produce films that have hit nearly $4.7 Billion in box office sales — in less than a decade.

Director Ridley Scott had just blown audiences away with Alien when his 1982 follow-up film, Blade Runner, hit theaters. The films established Scott as a blockbuster filmmaker during Christopher Nolan’s most influential years.

I have always been a huge fan of Ridley Scott and certainly when I was a kid. Alien, Blade Runner just blew me away because they created these extraordinary worlds that were just completely immersive. — Media Factory

This film has influenced nearly all of Nolan’s movies. He considers Blade Runner a key touchstone of science fiction. The film’s production design and style were key to establishing the base of Nolan’s Batman universe. Nolan even cast Blade Runner star Rutger Hauer in Batman Begins. 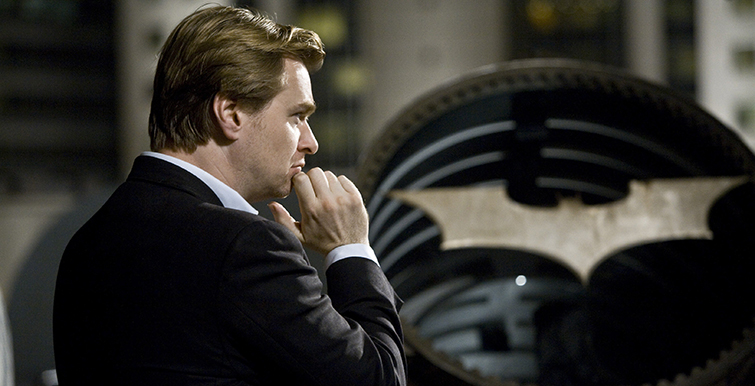 It’s hard to say what was conscious homage, and what was my analysis of why Blade Runner was so convincing in its production design and in the way it uses its sets. From a pragmatic point of view, Blade Runner is actually one of the most successful films of all time in terms of constructing that reality using sets. On Batman Begins, unlike The Dark Knight, we found ourselves having to build the streets of Gotham in large part. So I immediately gravitated toward the visual treatment that Ridley Scott had come up with, in terms of how you shoot these massive sets to make them feel real and not like impressive sets. And immediately we started looking at the rain, the handheld cameras, the longer lenses…

So myself, my designer Nathan Crowley, and my cinematographer Wally Pfister, we started to throw all of that into the mix of how you can help the look of something, how you can create texture, as Ridley Scott has always been the absolute master of. Creating a texture to a shooting style that maximizes the impact of the set, and minimizes the artifice — the feeling that this world has edges to it that you would see at the edge of the frame. Blade Runner is one of the examples of how you can take a camera and get down and dirty… and really envelop your audience in the atmosphere of the world you’re trying to create. We definitely tried to emulate that style, and I think in doing so we actually created homage, particularly where we used the rain very much. — Forbes

The Spy Who Loved Me 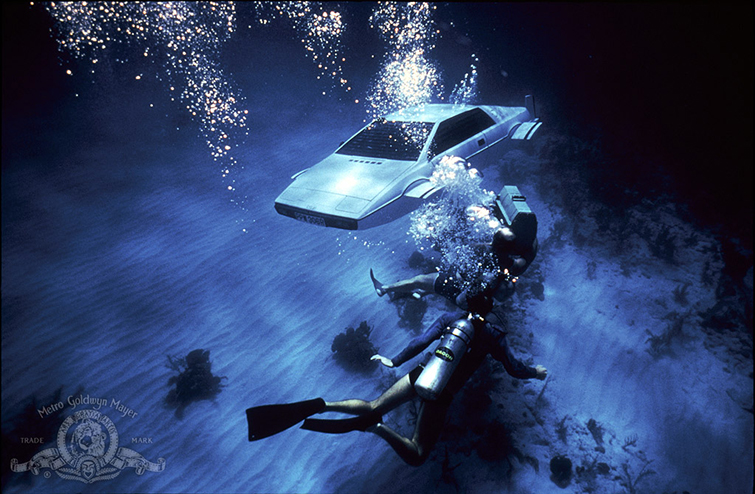 Released the same year Nolan first watched Star Wars and 2001: A Space Odyssey, 1977’s The Spy Who Loved Me may be the most well-known Roger Moore Bond film. To the eyes of a kid, this was the coolest Bond ever. To Christopher Nolan, 1977 may have been the greatest year ever.

One of the first films I remember seeing was The Spy Who Loved Me and at a certain point the Bond films fixed in my head as a great example of scope and scale in large scale images. That idea of getting you to other places, of getting you along for a ride if you can believe in it — in The Spy Who Loved Me, the Lotus Esprit turns into a submarine and its totally convincing, and it works and you go ‘Wow, that’s incredible.’ — IndieWire

Nolan frequently cites this particular Bond film often, but he is a huge fan of Bond films in general. He credits the franchise for creating threats that played on audiences fears.

Interestingly, the Bond films, back in the 60s, they were very specifically about Cold War fears — They introduced the threat of nuclear terrorism very specifically for the first time in movies and they were closer than people realize, in pop culture terms, to what people feared at the time. And I think that one of the things in taking on an action film set in a great American city post-9/11, if we were going to be honest in terms of our fears and what might threaten this great city, then we were going to come up against terrorism and how that might feature in the universe of Batman. And I think we approached it with a great deal of sincerity. 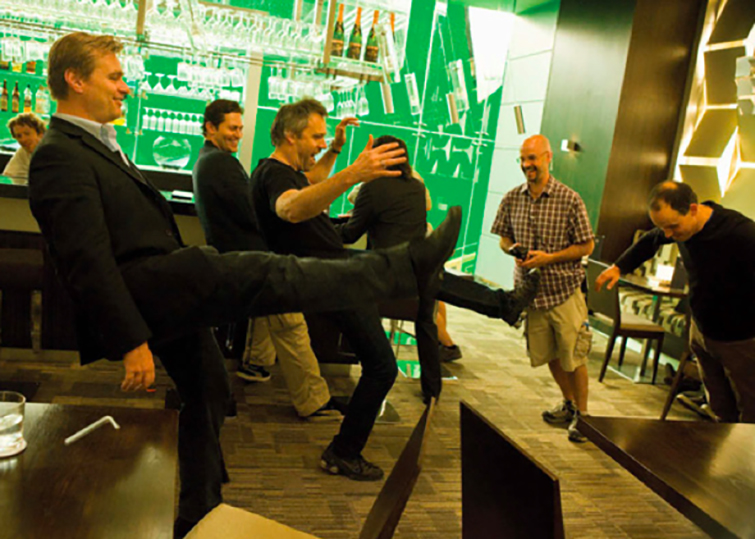 Image via Stay For The Credits

It wasn’t only the Dark Knight trilogy that benefitted from the influence of 007. In fact, the closest thing we may get to a Christopher Nolan James Bond film is Inception.

The Bond influence on the film was very intentional because, for me, growing up with the Bond films — they’ve always stood for grand-scale action. — BBC

The Spy Who Loved Me was not the only Bond film to be a major influence, as Nolan also cites On Her Majesty’s Secret Service as his favorite Bond film. Overall, it was the world of James Bond that showcased an expansive cinematic universe.

I think for me, when you look at the idea of being able to create a limitless world and use it almost as a playground for action and adventure and so forth, I naturally gravitate towards cinematic worlds, whether it’s the Bond films and things like that. So without being too self-conscious about it or without too much intention as I was writing it, I certainly allowed my mind to wander where it would naturally and I think a lot of the tropes from different genres of movies, heist films, spy films, that kind of thing, they therefore sort of naturally sit in that world. — Collider

Terrence Malick‘s 1998 film, The Thin Red Line, is listed as one of Christopher Nolan’s all-time favorite films. The film helped Nolan realize that there were no set boundaries in film editing, which helped him set up the story in Memento.

I also see a lot of attempts to do what I saw Terrence Malick doing, in terms of the portrayal of mental states and memory. If you watch The Thin Red Line, that was a revelation to me. He’s cutting to memories and flashbacks with simple cuts; there are no wavy lines or dissolves. There are moments [in Memento] where Guy’s character is remembering his wife that were taken very much from that film. — Movieline 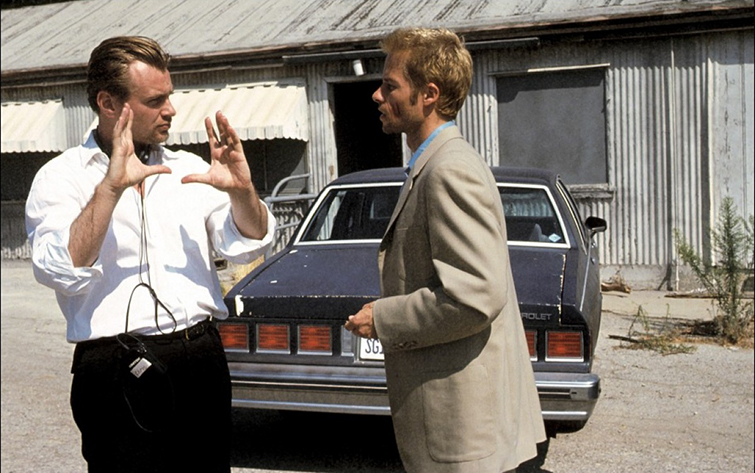 Image via The Film Stage

One of the great films that I am very influenced by that we haven’t talked about was Dick Donner’s Superman. It made a huge impression on me. — The Hollywood Reporter

Donner took on the character of Superman, he made the image of how people my age saw Superman. I still remember the trailers. I remember going to the cinema to see something else and seeing these epic trailers — the character standing in the cornfield, Marlon Brando’s voice — and that stuck with me. — IndieWire

One of Nolan’s biggest takeaways from the film was the realistic setting.

… the world is pretty much the world we live in, but there’s this extraordinary figure there, which is what worked so well in Dick Donner’s Superman film. — The Hollywood Reporter

When I talk about reality in these films, it’s often misconstrued as direct reality, but it’s really cinematic reality. It’s about trying to find the translation and credibility in the events and fantastical nature of what is going on. — IndieWire

That cinematic reality played a huge role in the world of the Dark Knight trilogy, and once again appeared in Superman’s universe with the Man of Steel franchise, which was produced by Nolan. 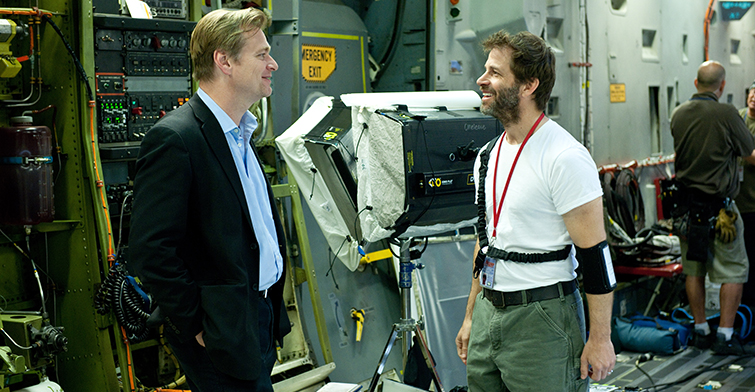 If you would like more on Christopher Nolan’s favorite films, check out his Top Ten list on Criterion.