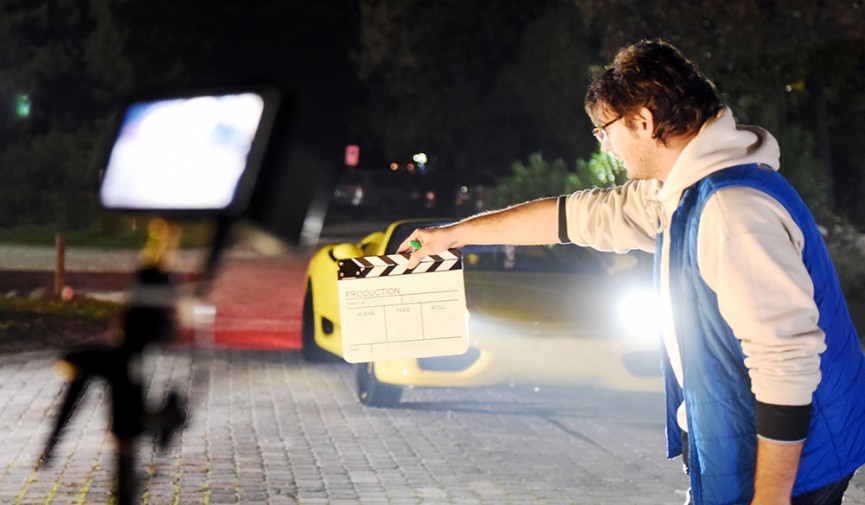 Shooting unscripted reality content can be amazingly challenging, but these tips will help any unscripted set achieve better results.

On the surface level, reality television appears to be an easier medium to shoot or DP than traditional scripted content. After all, most reality shows have a relatively low production value and don’t involve complex lighting setups. However, unscripted television poses all sorts of other challenges both on set and off, and so DPs that plan to work in reality need to learn how to approach their work in a different way.

It’s quite common for first-time reality DPs to completely drop the ball and be replaced before their first week is up. This happens for many reasons — a big one being their inability to keep up with the speed of the crew. So for those of you that are looking to shoot unscripted reality content in the future, be sure to follow these five tips to ensure you’re coming to set prepared.

It’s very common for new reality DPs that have a background in film work to lean the wrong way when it comes to camera choice on a reality series. While you might have it drilled into your head to always opt for the highest quality camera you have available to you, most shows simply shouldn’t be shot on a RED or ALEXA.

More often than not, cameras such as the Canon C300 MKII or Sony FS7 are the best choice when shooting reality television. While these may not offer the same quality as the ALEXA that you shot a feature on last month, they’ll allow you to work much faster and with minimal crew support. The same goes for GoPros, DSLRs, and other cameras with a relatively small footprint.

2. Light for the Space

Unfortunately on most reality sets there’s just not enough time to “light” every single shot in the same way that you would on a narrative set. And even if you do have the time, reality shows are typically not supposed to look lit, which means you need to ignore a lot of what you know about narrative lighting when working in reality.

I typically recommend lighting the space in a general sense, as opposed to creating specific setups for each shot. Using space lights or china balls will help bring up the ambience inside a room without locking you into a specific area in which you need to shoot. This means you can easily flow from one shot to the next without having to make time-consuming lighting changes.

Although your primary lighting may involve space lights or other sources that are out of the way, you’ll still have some additional lighting gear to manage. For instance, you might have some LED panels that you walk in for OTF shots, or some extra C-stands and flags for light control.

The more gear you have, the slower you’ll move on set. Reality shows tend to move quickly and are often under-crewed, so do yourself a favor and have only the gear that’s absolutely essential with you on set. This will help you move between set ups much faster, and ultimately let you get more coverage — which is incredibly valuable on reality sets.

Every show will be shot differently and have its own technical needs. That said, in most cases you’ll be at a huge advantage by using free run timecode on your camera, as opposed to slating and using record run.

With multiple cameras on standby at any given time, there’s simply no easy way to quickly slate up before each take — at least on most reality sets. Instead, sync up your cameras beforehand and use free run timecode so that all of the cameras stay synced throughout the day. This will allow your editor to painlessly sync all of the cameras together and start cutting as quickly as possible.

Most narrative DPs have little to no experience with audio, but in the reality world it’s quite common for you to need to do double duty. Although your show will likely have a dedicated sound department, the nature of a reality set is very unpredictable and some circumstances may even require that you record audio yourself, straight to the camera.

Chances are you won’t be required to bring any audio gear to set, but at a bare minimum you should understand the manual audio controls on your camera like the back of your hand. You need to be ready to plug in an XLR and set your levels in mere seconds on a reality set, otherwise you may risk missing an important moment or take.

Have any tips for shooting a reality show? Share in the comments below.