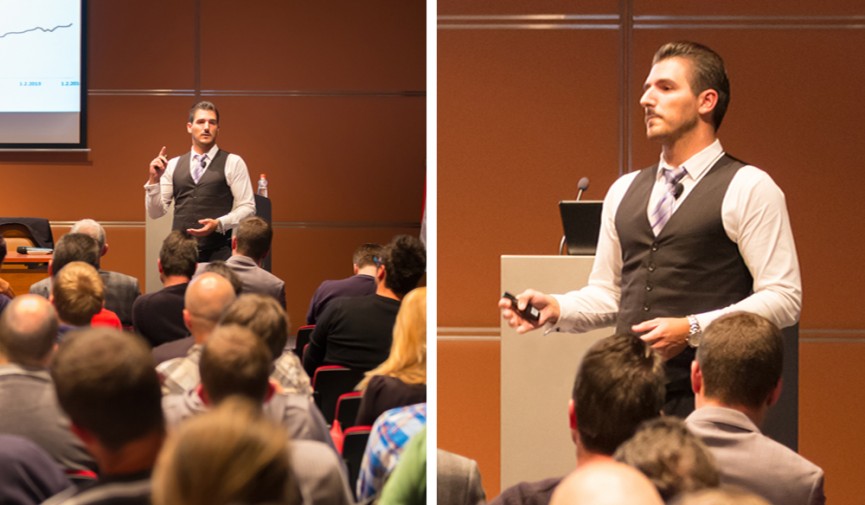 The jump cut can drive any editor crazy. Here are five ways to hide jump cuts and save your sanity.

If you are shooting and editing a video, it’s in your best interest to prepare as much as possible. If you’re just editing a project, then you can only hope that you get plenty of footage to work with.

When shooting an interview, you’ll learn that a two-camera setup can save you so many headaches in the editing bay. Get two different shots, like a wide shot and a close-up, and then alternate between the shots when you need to.

If you are only editing footage that was sent to you, then things will get a little trickier. Hopefully they sent additional footage or elements along with the interview. That way you can use a few of these tricks to help you get rid of jump cuts.

Like I mentioned above, a two-camera setup will make a project so much easier. If only one camera was used to shoot the interview, you can still achieve a two-shot look with one camera. However, you will need footage that is in a higher resolution than your sequence.

For example, if you are editing a 1080p project,  you’ll need 4K footage to reframe. Shoot a wide or medium shot in 4K, and in post you can reframe to a close-up. (This isn’t the best way to operate, but it can help you fix your jump cut problem.) Here’s an example of 4K reframing from Lens Pro To Go.

The easiest was to hide a jump cut is by cutting away to b-roll. If you have a subject that stammers or “umms and uhhs” their way through an interview, you’re going to want to edit out as many of those imperfections as possible. When the interview sounds great but looks like a jump cut disaster, you can easily hide the whole mess by overlaying b-roll.

Let’s imagine you interviewed a city planner talking about traffic issues. First, edit to remove any of the “and, umms” to create a single concise sentence. The result may look like the following — a crazy jumble of jump cuts.

Now you will need to add some b-roll footage that you shot. Simply overlay some traffic footage and cover up the jump cuts. You could even use multiple b-roll clips and only come back to the interview subject when necessary.

Not only is the b-roll topical (as the goal of the video is to talk about traffic issues), it adds authority to the piece. Now the audience can see how bad the traffic really is.

If you don’t have any b-roll, try using stock footage. You can search sites like Shutterstock.com for some stock video footage. There were hundreds of traffic clips to choose from. Just pick the clip that best fits your project. You’ll use the above-mentioned technique, and simply place the stock footage over the jump cuts.

This technique is available to users of Premiere Pro, Avid, and DaVinci Resolve. Adobe Premiere Pro just recently introduced the morph cut. The tool is a type of dissolve that helps morph your subject’s mannerisms and faces between clips.

Morph cut is a variation of Avid’s fluid morph tool, which has been around since the late 2000s. (The morph cut itself goes back well into the late 1990s and early 2000s in the edit bay of the Star Wars prequels.)

In this video from Coffee & Celluloid, you’ll see a side-by-side comparison of Premiere Pro’s morph cut and Avid’s fluid morph.

If you don’t have Premiere Pro or Avid, you can download DaVinci Resolve for free. Resolve uses a similar morphing tool called smooth cut.

Check out this quick smooth-cut tutorial from Ripple Training.

For more info on this technique, check out our in-depth post on using DaVinci Resolve smooth cut.

5. Use Images or Stock Photos

Like b-roll and stock footage, you can use still images to cover up those unwanted cuts. For corporate videos, you may be able to get away with cutting to product images or the company logo.

If the image is static for too long, throw in a quick pan to get a nice Ken Burns effect. Like before, if you weren’t provided with images, look for some stock photos that fit your project.

The jump cut isn’t always a bad thing. If you watch just about any vlog on YouTube, you’ll see how the jump cut has been embraced by users. A host will jump from side to side after each sentence. Audiences are getting used to rapid edits, so don’t be afraid to rapidly cut a project — as long as it still looks good.

Got any video editing advice to share with the community? Let us know in the comments below.