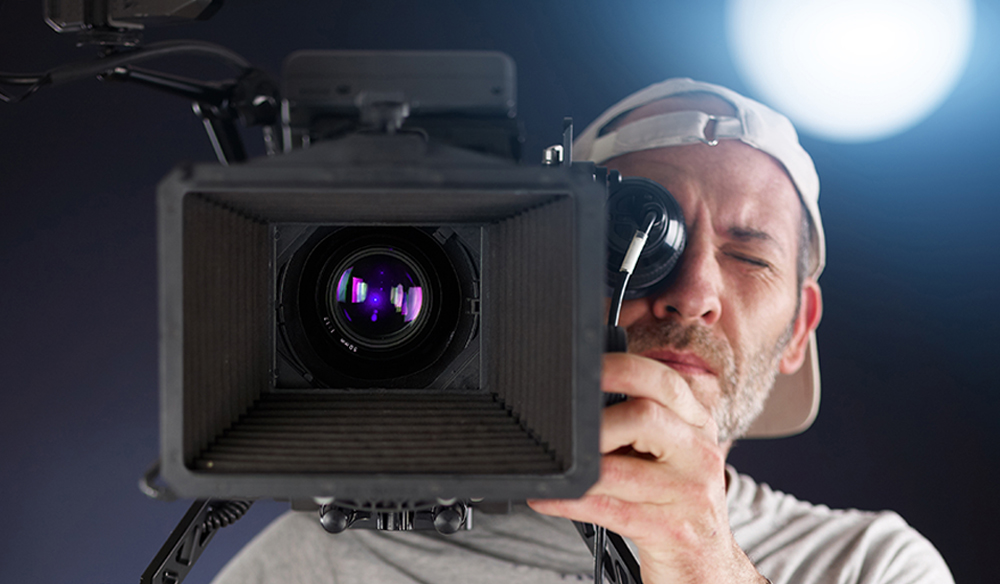 Every film ever made uses these camera shots. We go back to Filmmaking 101 for a look at these standard frames of cinema.

For any newcomer to filmmaking, or movie fans in general, this is a look at some of the staples of film production. These are the shots you will see on every script and shot list. It’s the cinematographer’s role to frame the shot and bring it to life. 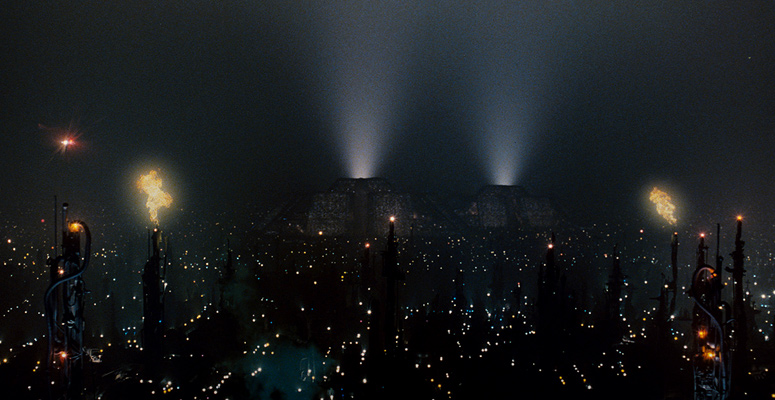 Establishing shots can also be used to set up a concept, such as a squadron of flying helicopters representing war. They also showcase relationships between characters, like a patient and doctor, or a teacher and students. The establishing shot does not rely on narrative. The shot alone should tell the audience everything they need to know.

Check out this video compilation of establishing shots from Alexander Friedrich. 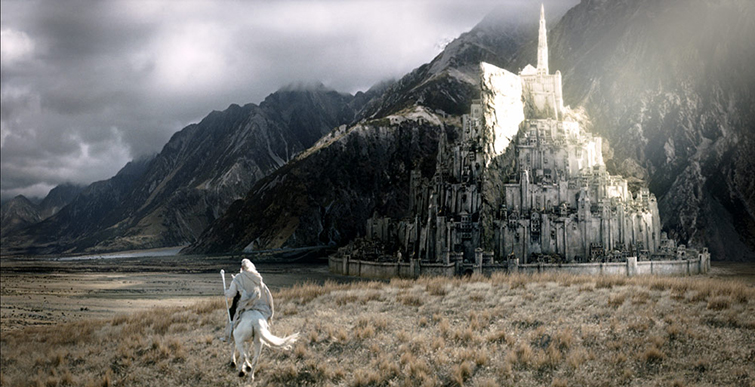 Image: The Lord of the Rings from New Line Cinema

The extreme wide shot is a shot taken from a long distance, used to impress the audience. These shots are typically used as establishing shots because they often show landscapes or massive building exteriors. It represents the surroundings around a character, often showing scale, distance, and location. If the character is visible in the shot, the audience should see their entire body from head to toe.

In the above image, Gandalf rides his horse Shadowfax. The audience can relate to the size of a man and a horse, so when they see castle in the distance, they know how absolutely massive the structure actually is. The castle absolutely towers over them, and the extreme wide shot has impressed the audience.

Much like the preceding shot, the long shot features the entire character from head to toe. Sometimes referred to as a full shot, the audience is still treated to the scale, distance, and location. The only real difference from an extreme wide shot is that fact the the main character has a larger presence in the frame. As opposed to the image of Gandalf in Lord of the Rings, the character Max Rockatansky is prominently featured in the above wide shot image.

Take a look at this compilation of director Paul Thomas Anderson‘s use of long shots and extreme long shots from Jacob T. Swinney. 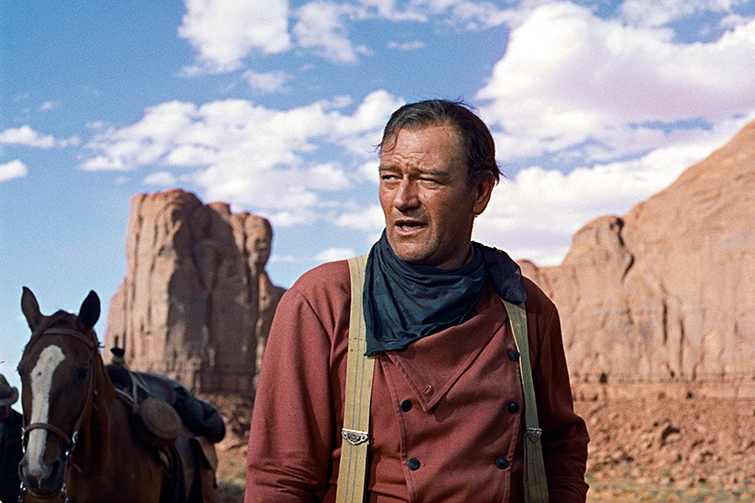 Image: The Searchers from Warner Bros.

The definition of a medium shot varies around the world. The standard medium shot frames a character from their waist up. It’s used to show a mix of a character’s facial expressions and body language. These shots are so common based on the fact that it feels natural to the audience, just like they were there talking to the character.

Director John Ford is a master of the medium shot, often using it throughout his westerns. In the below image, we see a young John Wayne featured from the knees up in a medium long shot. Above, Ford frames John Wayne from just above his waist in a medium close-up. 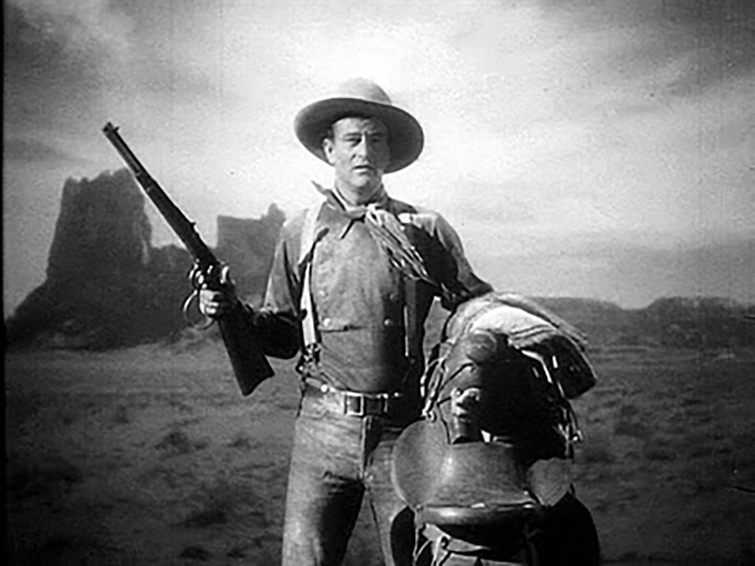 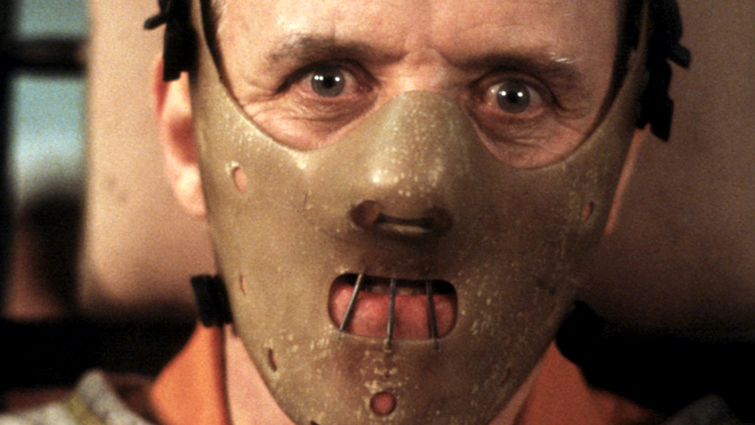 Image: The Silence of the Lambs from Orion Pictures

The close-up shot tightly frames a character or object. Typically close-ups are used to portray a character’s emotions, while only framing their face. They are also often used to show specific action, like a hand picking up a knife. The close-up shot may be the most important shot on this list. It is the building block of film. In fact, 1928s The Passion of Joan of Arc was a two hour film of nothing but close-ups.

image The Good, the Bad and the Ugly from United Artists

An extreme close-up is a view so tight that the audience can only see some features of a character or object. The entire screen is filled with a single feature, like a character’s eyes or mouth. The most infamous use of this technique is from director Sergio Leone. In his film The Good, the Bad and the Ugly, the audience is treated to an intense stand off between the three main characters. As the tension builds, each shot gets tighter on every character until the audience is only looking into each of their eyes. Extreme close-ups can also apply to an object, like a pair of scissors cutting a bomb wire.

A point of view shot, or POV, is an angle that shows what a character is looking at. Typically POV shots are placed in between a shot of a character looking at something and a shot showing the character’s reaction. Currently the most common use of POV is a tech view, like the one above. The audience sees what characters like the Terminator, Iron Man, RoboCop, and CHAPPiE are looking at. Go further in-depth with our previous piece on the history and power of the POV shots.

Did you enjoy this Filmmaking 101 piece? Want more about the basics of filmmaking? Let us know in the comments below.