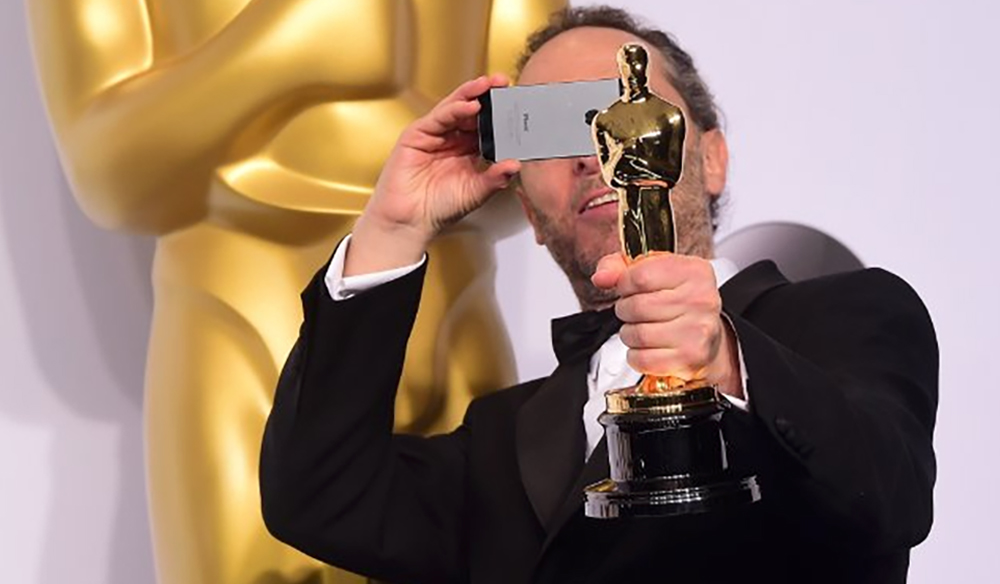 Instagram is full of talented photographers, but some of the world’s best cinematographers are also just a follow away. Here are 8 great accounts from awesome Directors of Photography.

Some of the most talented photographers have huge followings on Instagram, but don’t forget that several masters of the cinema camera are online too. In fact, these cinematographers all have photos that will blow you away.

It’s almost unfair to start the list with this current film icon. Lubeski (featured above) won the Oscar for Best Achievement in Cinematography back-to-back with Gravity in 2014 and Birdman in 2015. He also received Oscar Nominations for The Tree of Life, Children of Men, The New World, Sleepy Hollow, and A Little Princess. Don’t be surprised to see him go for three in a row with this year’s The Revenant.

Papamichael earned an Oscar Nomination for the 2013 film Nebraska. His credits as Director of Photography span several genres and decades. He worked on films like Cool Runnings, Bio-Dome, Patch Adams, Sideways, Walk the Line, The Pursuit of Happyness, 3:10 to Yuma, and This is 40.

His Instagram account is absolutely stunning. From sets to landscapes to portraits of his children, each photo is expertly framed. The account is a true treasure trove of inspiration.

Libatique received a Oscar Nomination for Black Swan in 2010. You can also thank him for the look of the Marvel cinematic universe, as he served as Director of Photography on Iron Man and Iron Man 2. He frequently collaborates with Darren Aronofsky, dating back to Pi, Requiem for a Dream, The Fountain, and recently Noah. He just completed work on the N.W.A. biopic, Straight Outta Compton.

His instagram account is fairly balanced. Not only do you get a glimpse at his daily life, but also a look behind the scenes of films and some funny photoshops.

Since we credited the look of the Marvel universe to Libatique, then Fong is the new look of DC. A frequent collaborator with Zach Snyder, Larry Fong was the Director of Photography on 300, Watchmen, and is currently working on the upcoming Batman v Superman. He was also behind Super 8, Now You See Me, and nine episodes of Lost.

His account frequently features great set and cast photos. Like many other Instagram users, he is a big fan of showing off his espresso. Embeds aren’t allowed from his account, so be sure to check him out at instagram.com/unclewow.

Morrison is an Emmy Nominated cinematographer who is quickly moving up in the filmmaking world. She has worked on many television shows and documentaries, but is now mostly praised for her work on Fruitvale Station, Cake, and Dope.

Hurlbut is widely known for his work on Act of Valor, the first major motion picture shot almost entirely on the Canon 5Dii. He also served as the Director of Photography on films like Drumline, We Are Marshall, Semi-Pro, Terminator Salvation, and Need for Speed.

His Instagram account mostly focuses on his personal life and his set life. You are bound to see some awesome camera rigs mixed in with photos of his crew.

It’s @freeflysystems @walterklassenfx everyday in NOLA. @chrherr has it under control. Innovative Cart rocking it out. A photo posted by Shane Hurlbut, ASC (@hurlbutvisuals) on May 19, 2015 at 7:42am PDT

Morano has over 45 credits to her name and is most recently known for her work on Frozen River, Kill Your Darlings, and The Skeleton Twins. This year she made her directorial debut with Meadowland. In 2013, she joined the American Society of Cinematographers and was the ASC’s youngest member.

Morano is a wizard with light, as is showcased throughout her Instagram account. Her account is mostly personal, and the portraits of her children are always fantastic.

Prieto received an Oscar Nomination for his work on Brokeback Mountain. He is also well known for his “trilogy” with Alejandro González Iñárritu composed of Amores Perros, 21 Grams, and Babel. He served as Director of Photography on 8 Mile, Argo, and The Wolf of Wall Street. He and Reed Morano are working as DPs on multiple episodes of Martin Scorsese and Mick Jagger‘s upcoming Rock ‘n’ Roll project for HBO.

His Instagram account is full of landscapes from his travels. No matter what part of the world he is in, he will blow you away with his photos.

Want more on cinematography? Check out these awesome posts: