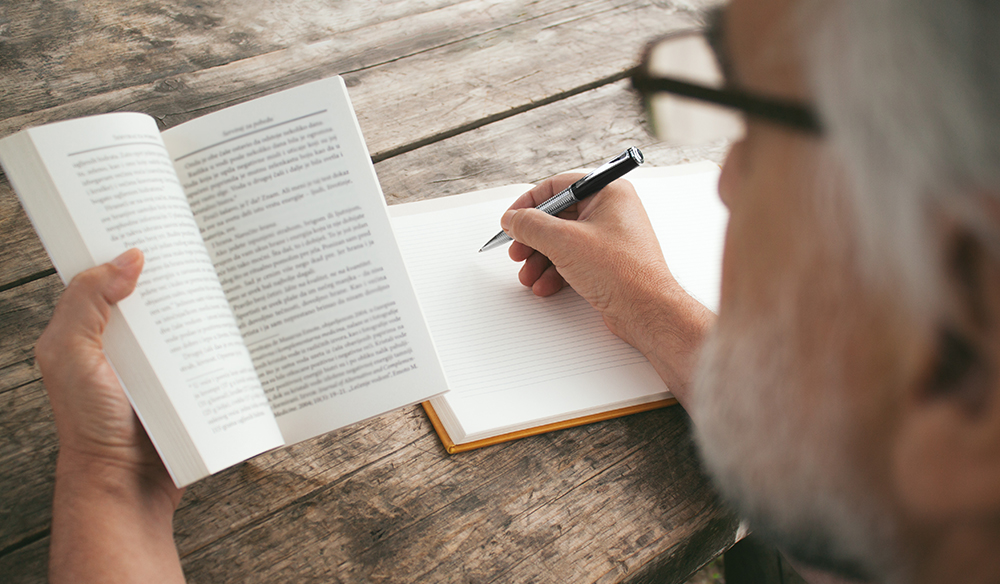 8 Questions to Ask Yourself When Deciding on a Script

Have you written or received a script for your next project? Here are eight questions to ask before moving into production.

There are a tremendous amount of scripts written every year. Conservative estimates began at 30,000-50,000 scripts, and that’s only including those filed with the Writers Guild of America (WGAe & WGAw). If scripts filed for copyright are included, the number can easily go up to 100,000.

With all those scripts floating around, it must be easy to find your next project — right? Wrong. According to the latest Scoggins Report, only 90 specs were sold in 2014. Up until March 2015, only 26 specs have been sold.

So what does all this mean to you as a filmmaker? If you find a script that you can get behind 100%, then you have found a very rare story. Here are some questions to ask before you get your film moving. 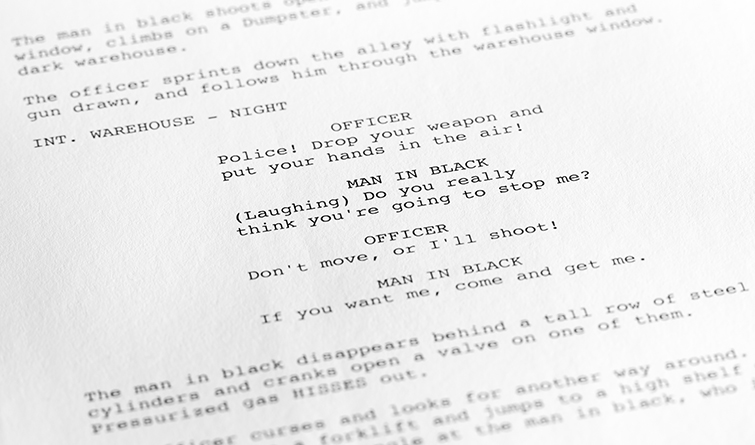 It seems like an easy question, but it really isn’t. When it comes to deciding on a project, you must be willing to give your whole life to seeing it through. That means you need to be emotionally involved with every character. You need to know every little detail in order to make this project a reality.

If you don’ think you need to know every character, just look at D.B. Weiss and David Benioff, the showrunners of Game of Thrones. The duo actually got the green-light for the show when an HBO executive saw Benioff working out in the gym while reading his annotated copy of his Game of Thrones book. That’s the type of dedication a project requires.

2. Why Am I the Best Person to Tell This Story?

You cannot only dedicate yourself to a script, but you also have to believe in yourself. If you don’t feel like you have the ability to see a project through to its completion the way it should be done, then you’ll begin to question your own abilities. Don’t be afraid to walk away from a project if you don’t believe in yourself. A bad film can destroy your mentality.

If you do believe in yourself, don’t just rely on your skill. Really push yourself to do something you’ve never done before. This is a chance to not only hone your skills, but to create a project that you can cherish forever. You need to believe that you are the perfect person for this job, and that no one could ever do it better.

3. What Is My Emotional Connection to This Script? 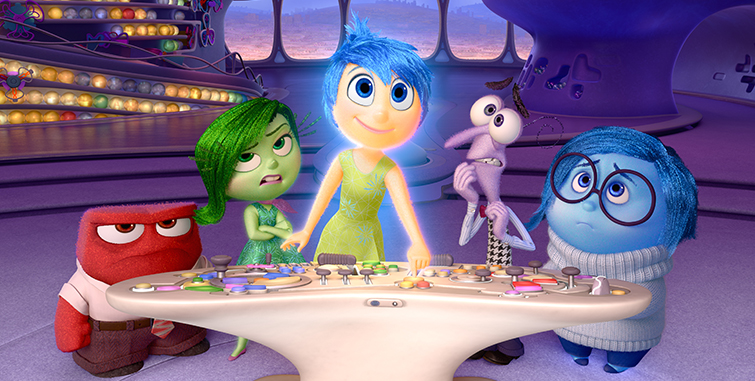 Image: Inside Out via Slash Film

This was something incredibly challenging for director Pete Docter as he was re-working his film about emotions, Inside Out.

I’ll tell you a story: there was a dark point about three years into the making of the film. The pressure was mounting. We were approaching a screening and I went for a walk the weekend before, going, “Shoot, it’s just not working. What if I just quit and move to Mexico — what would I miss the most?” And I thought, well, my friends. But then I thought, the people I really feel close to are the people that, yeah, I’ve felt happiness with, but also they are people that I’ve been pissed off at, and scared for. The subject matter I’m dealing with in this movie is the key to relationships. So I got electrified, went back, talked to the guys, we rewrote the script, and that was a major turning point in the film. [Wired]

4. Am I Willing to Dedicate Months or Years to This Project? 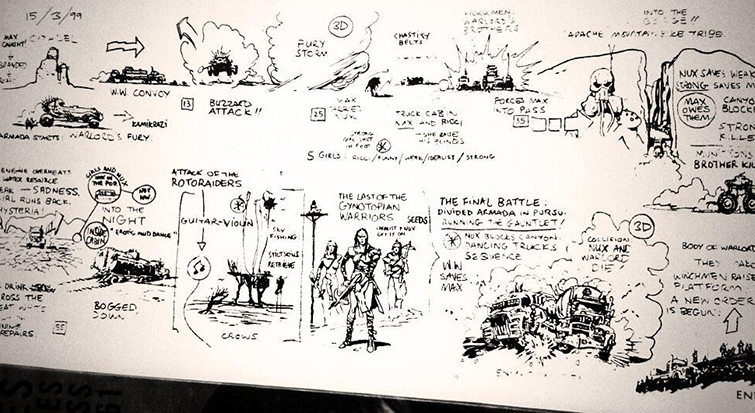 Is the story so great that you are willing to dedicate yourself to the project for years? You don’t know what obstacles await, and your production could be halted. Are you willing to wait to make this film?

For a great recent example, let’s look at director George Miller. His 2015 film Mad Max: Fury Road received rave reviews, and the film was heralded as an all-around spectacular action film. You may not know that the film was stuck in “development hell” for 20 years. Miller reacquired the rights to Mad Max in 1995. It took three more years until he had his story in place.

5. How Long Is the Final Product?

Image: Whiplash (Short) via The Independent

Is this a full length feature or a short film? That is one of the first things you need to decided. If it’s still very early in your career, making any film over 30 minutes in length can be an incredibly daunting task. The length of the film will also help determine the length of production. You have to take into account the budget and time you have to make this project. From there you can decide the length you want to aim for.

If you can’t afford the project, can you make another version? If you are unable to make the full length feature, try making it a short film first. Short films have successfully turned into features. Look at Bottle Rocket, or last year’s Best Motion Picture Oscar Nominee, Whiplash.

Director/Writer Damien Chazelle was unable to secure funding for his film Whiplash. He pulled one of the most prominent scenes from the film and turned it into a short. His goal was to submit the short film to film festivals in hopes of securing the funding for the feature. The short film was so powerful and well done, he not only secured funding, the short won Best Short Film at Sundance.  The next year, the feature was nominated for five Oscars, winning three of them.

6. When and Where Is the Film Set? 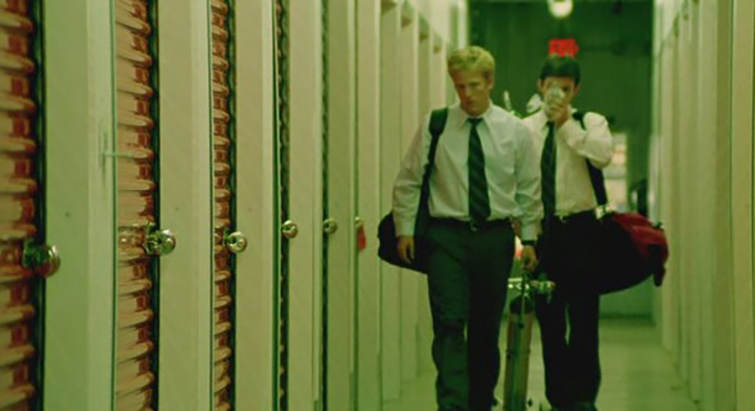 The setting of your film is a huge factor. Do you have the budget to shoot an epic in the desert? Is the film a period piece? If so, go ahead and hand over your budget to costumes. Are you able to turn this script into a film you can actually shoot now? The best thing you can do as a filmmaker is embrace your limits.

The 2004 film Primer is a perfect example. Not only did the film have a limited budget (approximately $7000), the script called for time travel.  The story and science behind it was so sound, the story actually carried the film. With some creative thinking, nearly the entire film was shot in a storage unit. A perfect example of embracing you limits and working with your budget.

7. How Many Actors and Crew Members Will the Project Need? 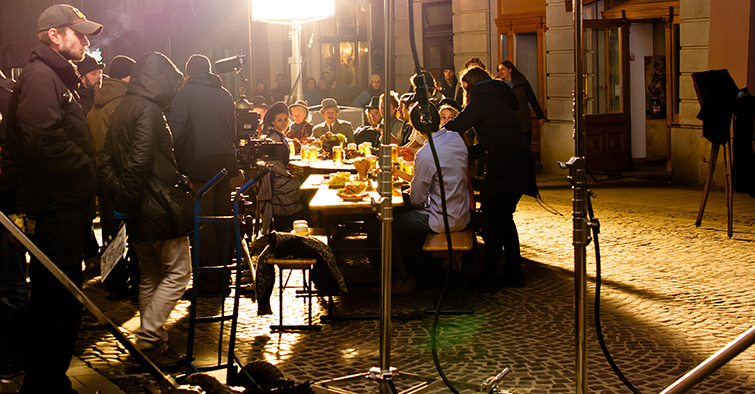 Will you be able to afford costumes, or even food for the set? Are you still going to have enough left over for your camera, lights, and gear? This leads us to our next point.

8. Can You Afford to Make This Film?

As any filmmaker can tell you, making a film is incredibly expensive. Every project presents even more expenses you never accounted for. This is why many projects require multiple studios collaborating to make a film. Trying to take on a whole project alone is nearly impossible.

Even if you can’t afford it now, you may be able to afford it later. We’ve presented many examples already with making short films first, or even waiting for years.

After all of this, you still face your decision to move forward with this project or not. If you have not been swayed at all, and you mind is still set on a project, get to it. Start making the film. Just know challenges will arise, but handling problems is the greatest skill a director can have.

Are you ready to turn your script into a feature? Be sure to take advantage of all our post from pre-production to post-production.