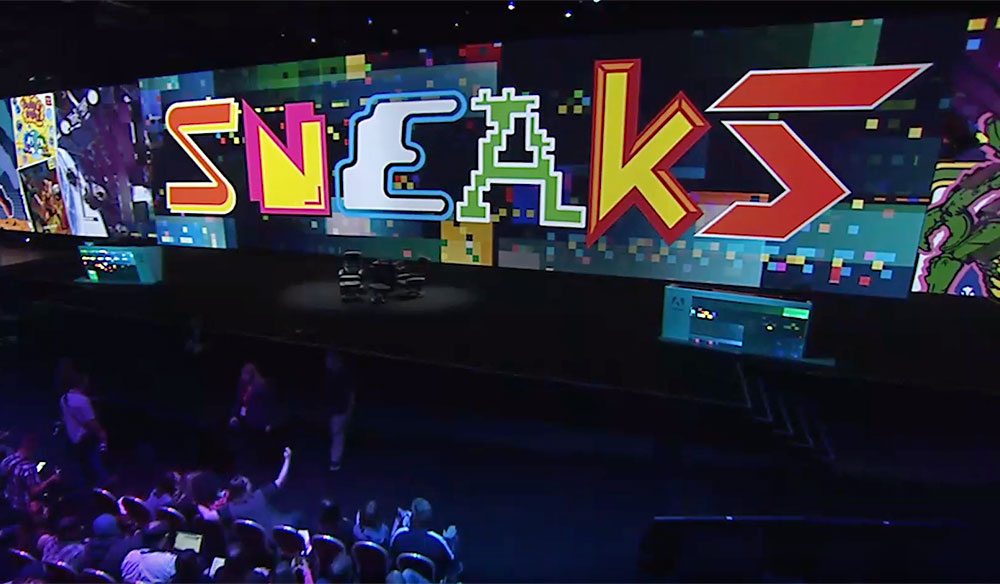 From the “Sneaks” section of Adobe Max, take a look at the future-tech for animating text, bringing static images to life, and one-click audio editing.

It’s safe to say that as a company, Adobe is doing pretty good these days. Nowhere is that more obvious than at the company’s annual Adobe Max Conference where all types of creative artists flock to hone their skills and check out some of the latest news and updates for the Creative Cloud.

One popular part of every Adobe Max is the “Adobe Sneaks” section where, with the usual help of a celebrity guest, Adobe unveils some of its tightly guarded future-tech projects currently in development — or about to be released.

This year, that guest was comedian John Mulaney (you can watch him react to many of the innovative breakthroughs in the videos below), and many of the future-techs were directed for film and video editors in mind.

Let’s take a look at some of the video and audio “sneaks” from this year’s conference.

One of the audio and sound design projects underway at Adobe, Project Sound Seek is a potential game changer for video (and audio) editors who work with lots of interview footage and soundbites as a way to clean up “uhs,” “ums,” and other conversational hiccups. Using the machine learning and powered by Adobe Sensei, as you can see in the video above, by simply highlighting any “uh” or “um” in a long audio file, the rest of the awkward stammers can be instantly removed.

Relevant for guest John Mulaney, one of the stars of the Netflix animated show Big Mouth, Project Sweet Talk is an upgrade for Adobe’s Character Animator, which already has rough “compute lip-sync” controls, but limited functionality in terms of anything more than simple mouth animations. With this new tech, characters can be instantly animated to have movement in the mouth, eyes, nose, and head, as showcased in the sample.

For video editors who dabble in graphic design, there are many times when projects call for working with text and fonts. With this new project demoed at Adobe Max, Fantastic Fonts is both a much more complex tool for editing text and fonts for many specialized styles and needs, but also a quick text animator for creating customizable animations for text (like titles, lower thirds, and captions) in your videos.

As one of the true future-technologies revealed, the Project Go Figure represents a bold new future for body capture and After Effects’ Character Animation. Taking some simple movements from a base video (shot on a smartphone with no body suits or other sensors), After Effects is able to capture keyframe movements, then apply them to a character, saving hours of meticulous keyframing that would usually need to be done.

So, apparently, Adobe is also in the business of capturing and moving the sun and earth to help you fix boring photos and videos. With Project Light Right, using either a few images or short clips and a complex algorithm to define 3D scene geometry, the literal sun can be manipulated and moved around to seem like any shot or footage was recorded at different times of the day, with different lighting, shadows, and colors.

Finally, another audio and sound design breakthrough filmmakers and videographers will undoubtedly be grateful for is Project Awesome Audio. Even on the most well-run of sets, audio can often be a problem when recording video footage. Sometimes due to mistakes, but often just due to limitations of gear, equipment, and crew. This new functionality for Audition rolls all the powers of denoise, dehum, and other audio edits into a simple one-click button for “audio awesomization.”

For more future-tech and video editing resources, check out these articles below.