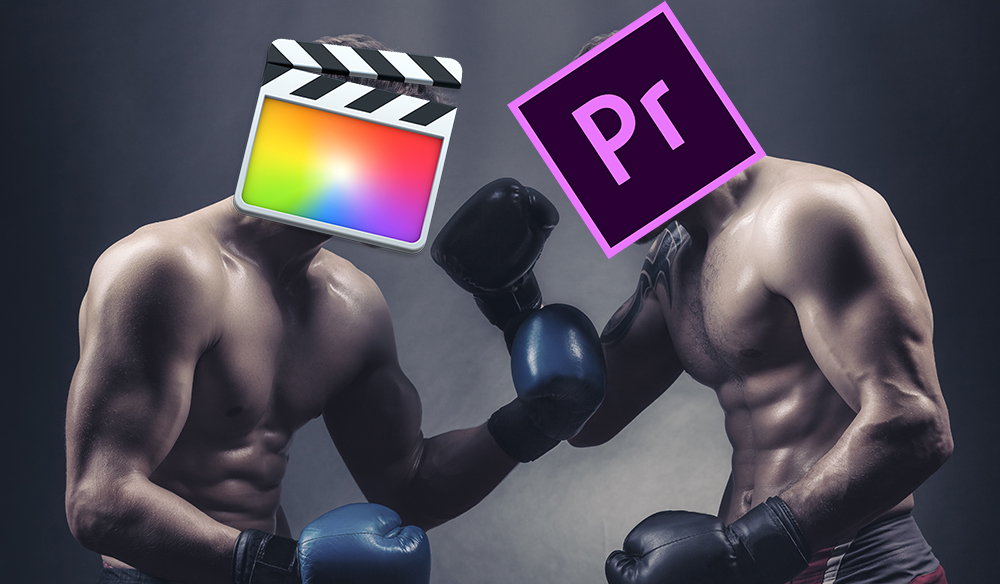 Final Cut and Premiere Pro have been battling for the top spot in editors’ hearts for the past decade. Which one best suits your needs?

It’s been the subject of heated bar debates and post-production meetups since the advent of the two programs — Final Cut or Premiere? Both Mac-heads and die-hard Adobe fans have battled it out for the better part of two decades with this argument. The top market share position has ebbed and flowed between both programs due to updates on both sides of the aisle, and frequent shifts in what editors prefer at the time.

While the market share has lost its majority to NLE’s such as DaVinci Resolve and the industry titan Avid Media Composer, the overwhelming choice for your common editor will boil down to Adobe Premiere and Final Cut.

But who is right? Who is wrong? Well, as with all choices, it matters on what you use it for. Today, we are going to take a dive into each program, what strengths they have to offer, as well as the weaknesses they present. Let’s dive in! 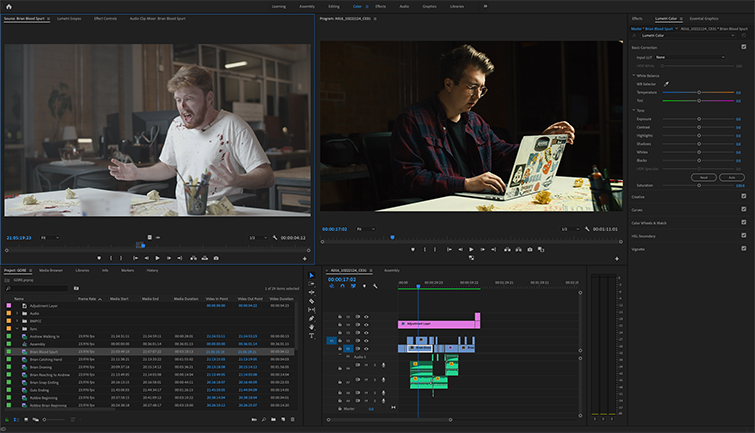 Adobe’s Premiere Pro has pretty much solidified itself in the realm of indie filmmaking as the preferred tool for video editors. Most post houses and small production studios either rely on Avid Media Composer or Premiere.

It’s a program that’s easy to learn, yet hard to master. A beginner could drop some clips on a timeline and figure out an export in just a few days, but when it comes to the more complicated maneuvers in this NLE, it takes a little bit more knowhow compared to Final Cut. So what are the best things that Premiere has to offer?

As someone who learned NLE layouts and workflows from Final Cut 7 way back in 2010, this timeline is comfortable and familiar. It magnetizes when you need it, and lets you space out clips when you don’t. The flexibility of the timeline is also a huge plus for the program — it can handle a project with just one video and audio layer, but can also manage twenty-layer timeline projects.

The asset organization in Premiere is one of my favorite parts of the software. The bin organization structure is very clear and concise. It dutifully holds a feature’s worth of clips in color-coded bins that transfer to the timeline with a simple drag. 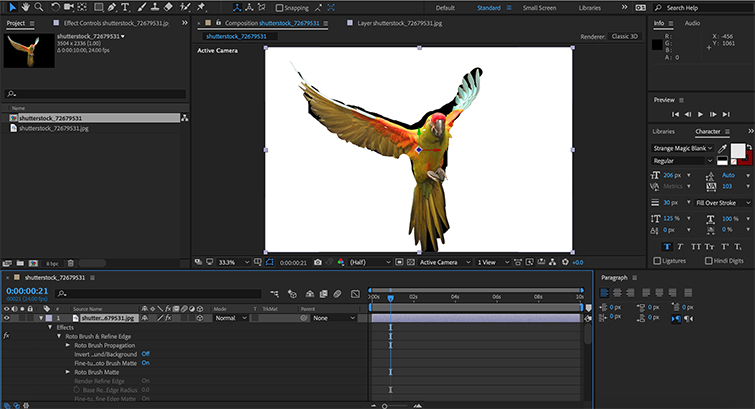 Premiere Pro and After Effects

Premiere comes with integration with After Effects, its companion motion graphics software. If you need to build out a motion graphic that’s beyond the scope of a normal NLE, there’s a simple linking tool within Premiere to automatically create a new AE sequence within your timeline.

After Effects is arguably the top program for motion graphics and animation within the industry, so Premiere has a pretty big advantage with the ability to link to it. 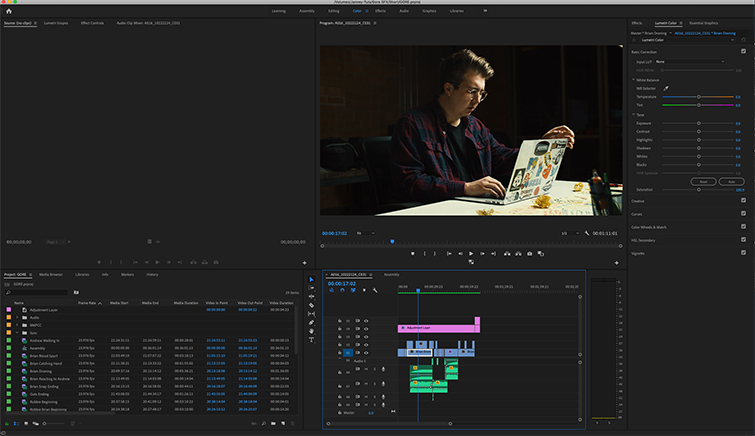 Out of all of the NLE’s available on the market today, in my opinion Premiere has the best UX for constant scalability through an editor’s growth timeline. As a beginner you can maneuver your way through the program without too much hassle. Then, as you grow into a better editor, more functions and tools are there for you to scale up your projects from a small two-minute short film to a 120 minute documentary feature with hundreds of hours worth of footage. 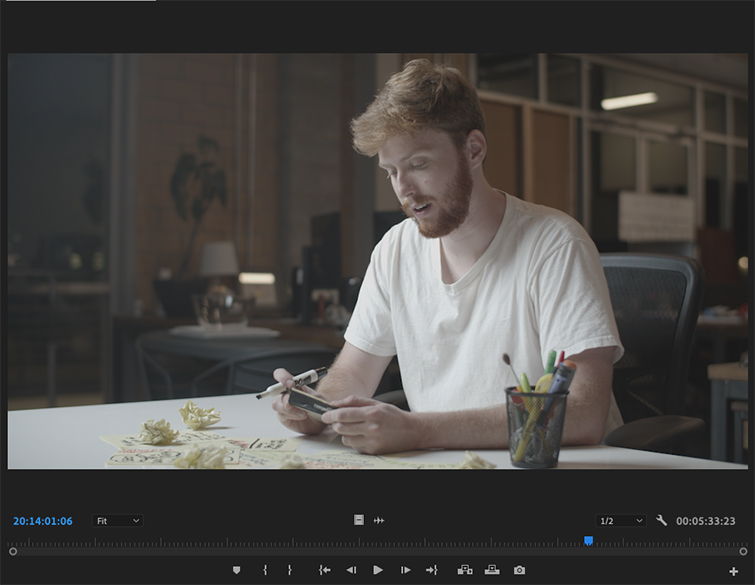 Onto the gripes of the program. Premiere users are unfortunately familiar with the frequent program drops and crashes. Even when working on a laptop or a computer that’s moderately powerful, I’ve had plenty of issues with the program freezing during a crucial edit, which in turn crashes the program. Premiere has done some work over the years to remedy this problem, but it still happens much more frequently in Premiere compared to all the other NLEs on the market. 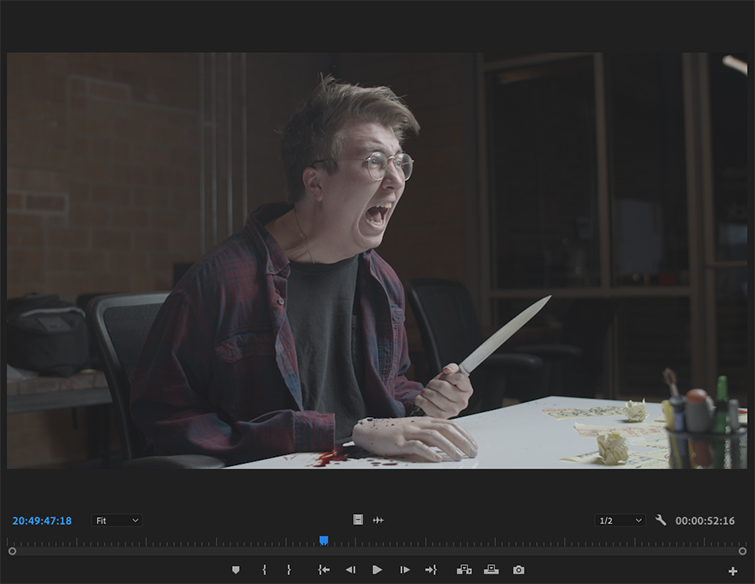 One of the main issues with Premiere I’ve had over the years is the constant issue of video previews freezing up or skipping frames. When working with high caliber clips such as 4K or RAW formats, it’s almost a certainty that you have to cut down the preview quality of the video by at least half or a fourth to get it to play normally (unless you are working on a monster PC or Mac). This also happens on the timeline from time to time if you’re working with different layers of color grading or effects. It’s one of the most common complaints about the program. With other programs such as Final Cut and Resolve that have lossless playback, it’s time for Premiere to catch up to the competition. 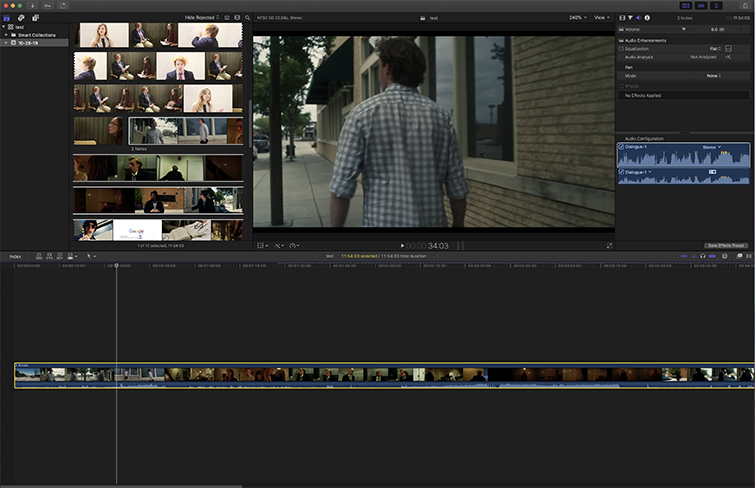 Final Cut has been either sitting comfortably on the top of the industry standard or slumped down in the lower rungs for the past two decades. When Final Cut 7 was released in 2007 to compete with Avid Media Composer, it quickly became the indie darling NLE. It was even used as the chosen NLE for the Coen Brother’s production of True Grit.

When I started out in my editing career way back in 2008, I first learned non-linear editing through Final Cut 7. But, in 2011, Apple execs made a bold choice. They released Final Cut X, which at the time cut out a lot of the features and recognizable UX that Final Cut 7 offered in the name of “innovation.” This angered a lot of editors, who suddenly and loudly moved over to Premiere to do their editing. Over the past decade, Apple put in a lot of work to try and grab back their corner of the market share. That appempt has mostly been successful.

Let’s go into what the current iteration of Final Cut has to offer you, as well as its drawbacks. 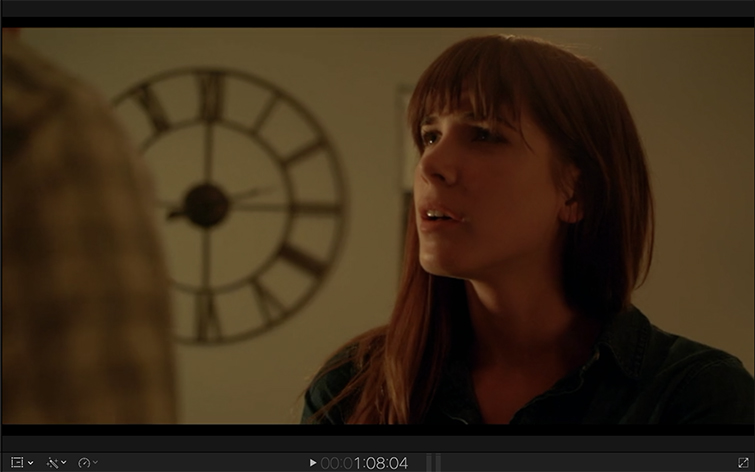 This to me is one of the clear advantages Final Cut has over Premiere. I’ve never had a problem with clear video playback within the software. Even when working with big 4K clips, it’s always played back for me as clear as day.

In this same vein, Final Cut X never presented an overwhelming crashing problem to me. Granted, I’ve never done large-scale projects within the editor, but in a completely subjective manner, I approve of its ability to handle heavy duty work.

+ : Excellent at Getting a Project Out Fast 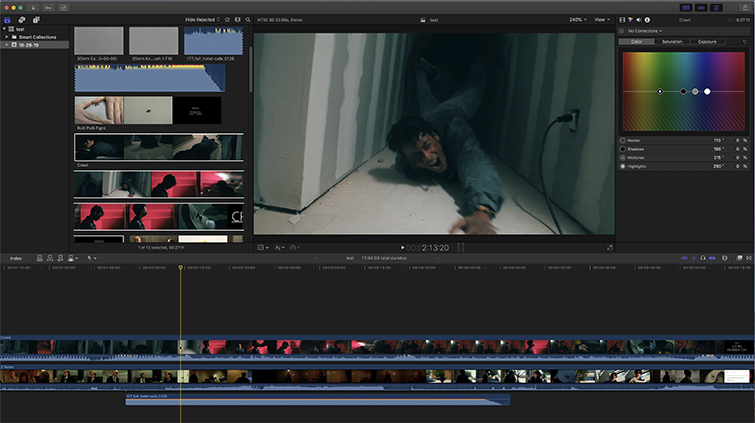 One of the biggest draws to Final Cut is its ability to get a project in and out in a very short amount of time. The simple design clearly lays out the project for you in a very approachable manner, and lets you crank out one-minute social cuts in a matter of hours. This is also thanks to its drag-and-drop effects that you can preview and load in just a matter of seconds. 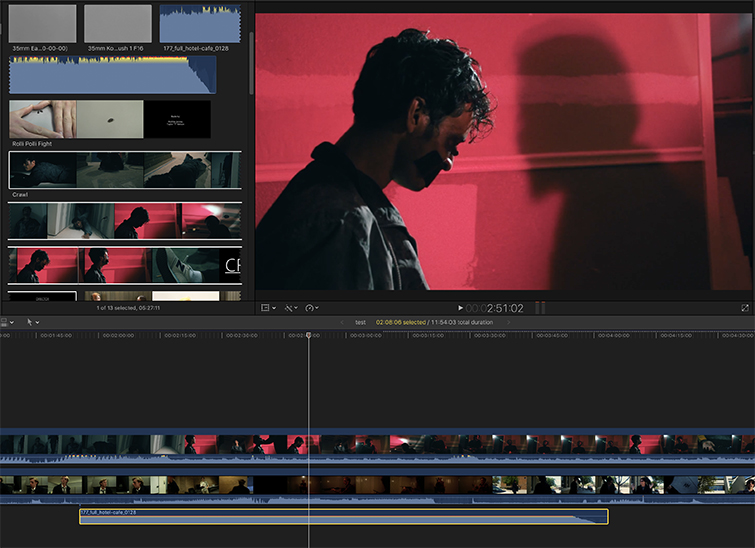 Our first plus and minus of the list comes from Final Cut’s extremely simple design.

For editors coming from iMovie who are looking for more features, it’s a seamless step up into the professional editing realm. But, for seasoned editors who have been working in Premiere and Avid Media Composer, the simplistic design is almost limiting. When you are comfortable with the timeline of other NLEs, Final Cut is a radical jump from any other in the market. Its magnetic timeline is confusing for editors who like to organize different sections on the timeline in their own specific way. 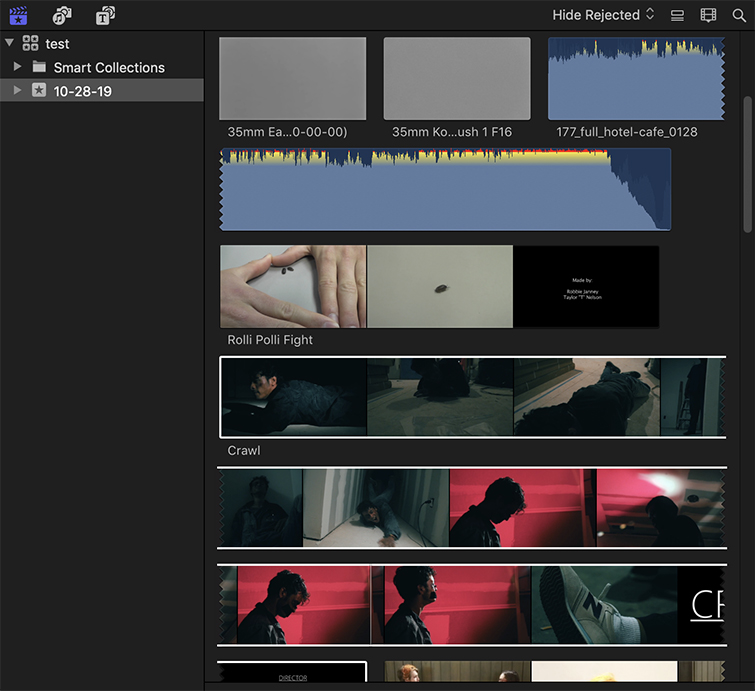 My biggest gripe with the Final Cut design is how they set up their bin layout for clip storage. Coming from someone who is more comfortable organizing their clips into individual bins, the “Project” and “Event” tabs are a clear step in a different direction from other NLEs. It may be comfortable to some editors, but from someone who likes a “traditional” layout, it just doesn’t cut it.

So, Which One Should You Pick? 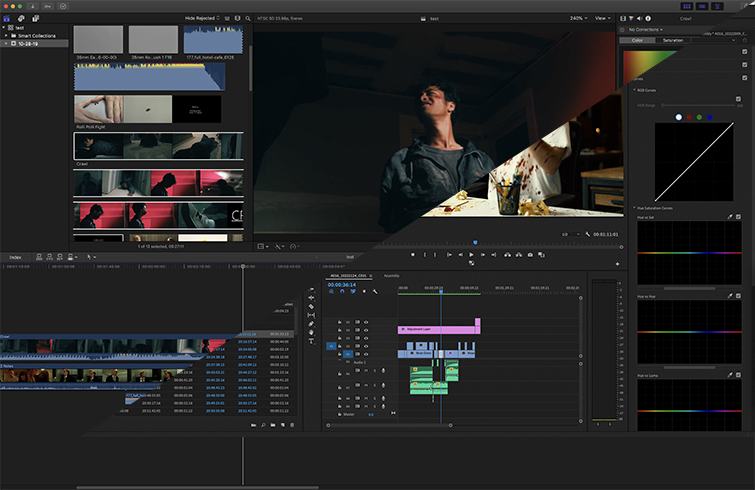 Choosing the Right One for You

So obviously, this is going to come down to personal preference when deciding between the two. Are you a new editor who prefers a simple layout that can perform pro functions without too much hassle? Then Final Cut may be your choice. Are you a seasoned editor who wants a traditional NLE with the backing power of the Adobe Suite? Then Premiere is a solid bet.

The only way you can really get to know both programs is actually editing a project in both. It will become pretty apparent to you which one is a better fit for your workflow. Both programs allow a trial period (Adobe/Final Cut), so if you have a Mac, give ’em both a shot. You might be surprised with which one becomes your favorite.

Do you have a PC, or do both of these sound unappealing? Well, check out all the other options you have on the market.

Want more on choosing the right NLE for you? Check these out.