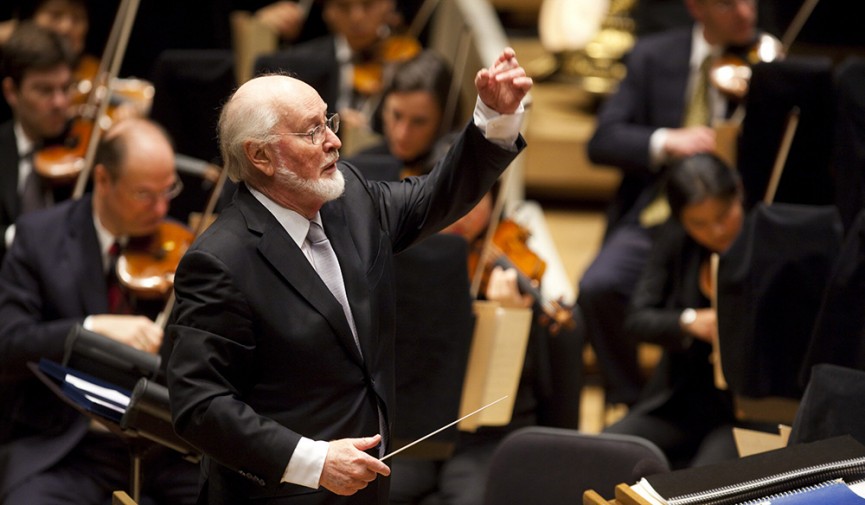 Film Scores: Are They Getting Better or Worse?

Watch as two video essay maestros clash in good fun while arguing the pros and cons of contemporary film scores.

After the recent release of Every Frame a Painting’s excellent breakdown of why current film scores lack the enduring appeal of classics like Star Wars, Dan Golding just released a response video to Tony Zhou’s original piece while posing some new questions about the current state of film scores.

The intriguing video above was released a few days ago. It lays out a pretty convincing argument: While the Marvel cinematic universe certainly has many things going for it, memorable film scores are not one of them.

While movie classics such as Star Wars, Jurassic Park, and Harry Potter all have memorable soundtracks that provoke feelings of nostalgia and joy, Marvel seems to be lacking in this department entirely. Shouldn’t these billion-dollar products have a more profound audio impact on audiences? Tony Zhou breaks down the ins and outs of the situation, while explaining how movie soundtracks are produced, copied, and sometimes essentially stolen.

The central focus of the video essay shifts halfway through to temp music. To put it simply, temp music is a score from a previously released film that is placed into the rough edit of the current production before the soundtrack has been composed.

This is done to give the composer an idea of what the director wants for the film. This inevitably leads to many scores sounding strikingly similar to those of other movies.

The similarities between 300 and Titus are surprising and undeniable and serve to further Zhou’s point of how lazy scoring has become. In a similar vein, while Mad Max: Fury Road’s shredding guitars might have been more the more memorable musical cue, there were still plenty of other sections that recalled Captain America: The Winter Soldier.

What changed everything was modern non-linear editing which allowed a director to put their favorite music in the movie and have the editor cut to it. Now the director points to the temp and says ‘make it like that.’

We see composers such as Alexandre Desplat explain how directors will watch and listen to the temp track in the edit over and over again until their mind is set — and stuck. Zhou closes his argument by saying that reused scores, temp music, and unmemorable cues stem from the same place — playing  things safe.

A Theory of Film Music

Now let’s take a look at Dan Golding’s rebuttal essay in which he states that — even though Zhou’s presumptions are correct — everything is still okay. Although the Star Wars theme is the main focus of Zhou’s intro and overall message, Golding counters with the knowledge that the iconic Star Wars score was never all that original in the first place.

Taking cues from films such as 1942’s King’s Row and 1963’s How The West Was Won, Golding explains how even the narrative structure and themes of Star Wars are not at all original. However, the film was still executed creatively and with a unique twist. Calling back to films such as 2001: A Space Odyssey, George Lucas had originally intended on using classical pieces for the picture and had to be convinced otherwise. I’d say that was a close call.

Golding goes on to discuss legendary contemporary composer Hans Zimmer. Zimmer changed the game of scoring films and pioneered the way computers are utilized in the process. The director could hear the music as it was being produced/composed and make changes or be more involved with the process, all while editing the film at the same time. This workflow was groundbreaking and many composers have followed suit.

In a more traditional light, Golding talks about John Williams process for scoring Star Wars and the difficult nature of recording scores back in the day. For example, because it was so expensive to pay all the artists to come in and record, everything had to be meticulously planned out — and once the score was composed, the film could not be edited anymore. This is a fairly crazy notion, given how many changes contemporary films go through before hitting the silver screen.

A key component to today’s approach is the cheap price that comes with this method. Hans Zimmer explains that, by using computers, he is able to personally touch every note in the score himself. By doing this,“you end up creating a landscape of sound rather than melodies and harmonies.”

Marvels music isn’t hummable. Each film has a musical landscape, but they’re different not through melody, but through texture. This is the impact of digital technology on film music…. So are we living in an era where composers are told to play it safe? To copy temp tracks? Yes, most of that isn’t new. Remember, Hollywood film music isn’t about originality. It’s about new ways of working with proven formulas, and digital technology has changed that hugely. It’s creative unoriginality for our era of Hollywood.

And, hey. If you find yourself in need of some epic, cinematic music for your next film score (and you don’t have that Hans Zimmer money), PremiumBeat’s got you covered.

What do you think? Have soundtracks gotten better or worse? Let us know in the comments below!