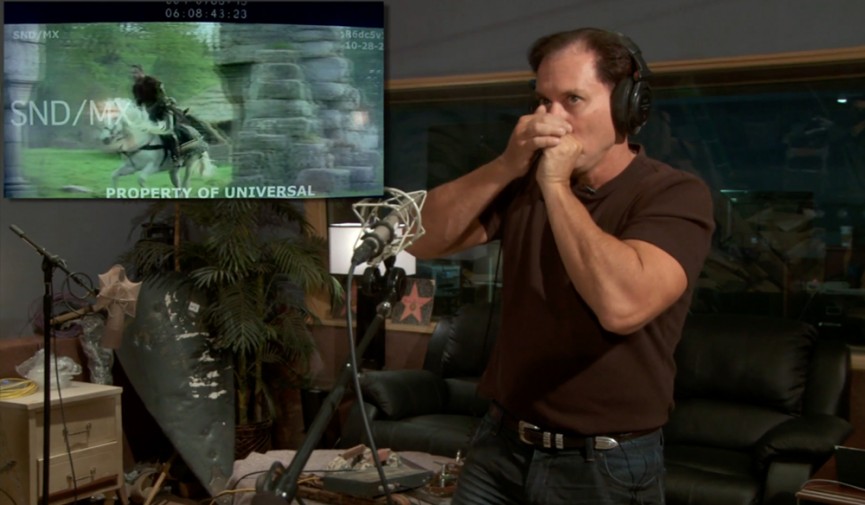 Foley is the art of creating sound effects for radio, film, and television. The term actually comes from a man, Jack Donovan Foley, who made sound effects for live radio broadcasts. He focused on creating realistic sounds with the tools he had around him rather than using generic sounds made in other programs. This was reminiscent of the theatrical sounds of vaudeville shows.

Image: Jack Foley via The Art of Foley

Jack Foley started working for Universal Studios in 1914. By the time “talkies” came around in the 1920s, studios wanted to create authentic sound effects for their films. On set, microphones were only used to record dialogue. Therefore sound effects would have to be recorded after the film was shot.

Foley assembled a team that would project the film onto a screen while recording an audio track of sound effects — mostly footsteps. The earliest films had them adding the sounds of walking and doors opening and closing.

Foley became the expert in sound effects audio recording. He continued to perform up until his death in 1967. Many of the techniques he developed are still used today.

Foley artists do not create every sound in a film. Complex sounds like car engines or computer noises fall under the direction of a Sound FX Editor, who uses a library of sounds. The foley artists focus on three key areas: footsteps, movement, and specific props.

This category is self-explanatory. The footsteps of the main character are recorded very early in the process. This isn’t as easy as walking by a microphone. Foley artists wear certain shoes and walk on specific surfaces to attain the right sounds for a film.

These surfaces are called foley pits, which offer all sorts of different flooring types. This allows the foley artist to instantly record the sounds of a character walking across a lawn, onto a sidewalk, and into a home.  This also includes footsteps of animals, like the famous sound of galloping horse hooves.

Movement focuses on the sounds of clothing a character is wearing. This isn’t just loud clothes like a knight’s armor — even denim blue jeans make a sound when a character crosses their legs or squirms in a chair. 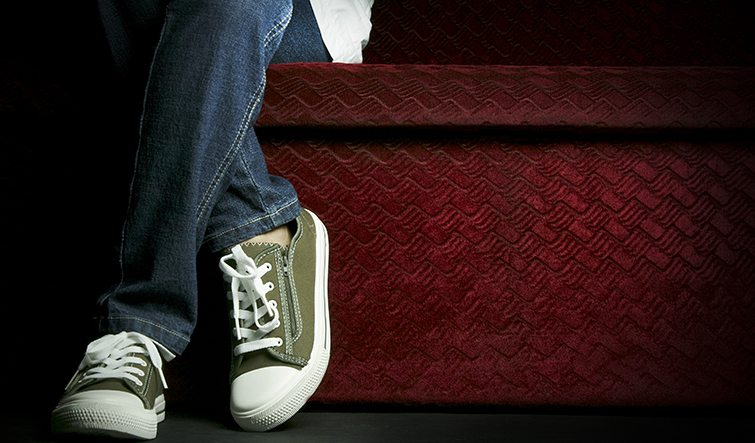 Creating the sounds made by props can fall under the foley artist or sound editor. Foley artists tend to work with props that characters interact with, like a sword being unsheathed.

In this video from CBS Sunday Morning, foley artist Marko Costanzo shows how he used leaves to create the swirling sound of the witch from Into the Woods and how he cracked celery to create the sound of breaking bones for The Big Lebowski.

Today, foley artists create entire atmospheres. They record the sounds of characters, props, and even clothing. Gary Hecker is a veteran foley artist who works on many of today’s blockbuster films. He started his professional career in the 1970s and 80s, working on films like The Exorcist, Friday the 13th, The Empire Strikes Back, and Back to the Future.

Hecker now has well over 300 credits to his name. In this video from the SoundWorks Collection, Hecker shows you how he used classic foley techniques to create sound effects for the film Robin Hood, starting with the process of recording the footsteps of the main characters.

Tricks of the Trade

If you’re interested in recording your own sounds, check out Recording Foley and Sound Effects: The Fundamentals. Here are a few common tricks you can practice recording on your own.

Also, don’t forget you can complement your foley work with the Essential SFX packages found right here on PremiumBeat!