Just received your Blackmagic Design Cinema Camera and itching to shoot some RAW footage? These resources will help you get started and make the most of your shiny new camera!

With some video professionals just now receiving their long awaited Blackmagic Design Cinema Camera it seems like a good time to be learning how to deal with all the RAW footage that might be coming your way.  These resources should help you get started whether your shooting or editing RAW footage shot with the BMDCC.

Preparing for RAW – a DP’s perspective

Ryan E Walters has written up a great post on how to prepare yourself to shoot RAW before you hit the set, while you’re on set and what to do with the footage in post production. If you’re a cameraman or DP this post is definitely worth reading before you start taking on paying clients with your brand new Blackmagic Cinema Camera. Ryan comes everything from rigging the camera, thinking about audio and how to handle the amount of data you will be creating. 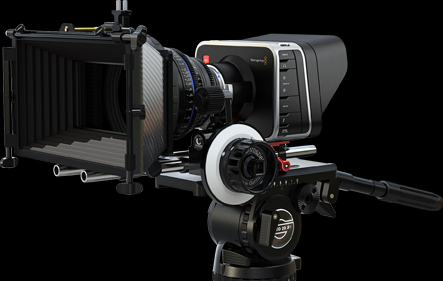 If you’re an editor planning a Cinema Camera RAW workflow or even wondering exactly what RAW is, then Oliver Peter’s post on RAW Workflows will fill you in with all you need to know. Oliver explains what CinemaDNG is, how RAW files function and then goes on to detail several ways of turning this image sequences into editable quicktimes using applications like Lightroom, Photoshop, After Effects and DaVinci Resolve. He also concludes with a thought about why you might want to shoot BMD film instead, which records to Pro Res HQ Quicktimes.

Correctly importing camera raw images is important. For instance, Apple Final Cut Pro X will natively read the BMCC’s CinemaDNG files, but it currently has no raw importer settings. If the “as shot” metadata makes the image appear overexposed with clipped highlights, you cannot recover that detail from within FCP X. Likewise, not all camera raw importers use the same values. An image opened at the default or the “as shot” value in DaVinci Resolve will look different than in an Adobe application. The beauty of raw, though, is that the image is within an adjustable range and any of these importers will give you good results with a few tweaks.

How does the BMDCC compare with other cameras?

A DP friend of mine, Adam Roberts, just recently received his brand new Blackmagic Design Cinema Camera and immediately set about doing some hair and skin tests to compare its image with the Sony FS100 and Canon 5D Mark II. You can even download some sample DNG files if you want to get into the nitty gritty of the images for yourself. Adam details his full workflow with the BMDCC RAW files in the comments section on vimeo.