Blackmagic just rolled out a new version of its beloved DaVinci Resolve post-production software — DaVinci Resolve 16.2. Here’s what the company has to say about the update:

Exciting news, for sure. Let’s take a closer look at a few of the improvements. 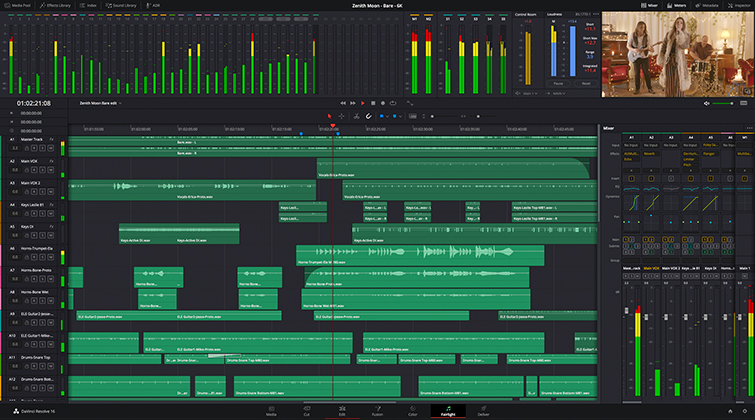 With low-cost audio production in mind, Blackmagic essentially supercharged the mouse-and-keyboard experience of working with the Fairlight timeline editing toolset. Video editors will enjoy a faster workflow thanks to the new edit selection mode that unlocks functionality once exclusive to the full Fairlight console. According to Blackmagic’s press release, “The edit selection mode makes adding fades, cuts, and even moving clips only a mouse click away.”

Other highlights include new scalable waveforms that let users zoom in without adjusting the volume, and the ability to render clips with custom sound effects directly from the Fairlight timeline. Today’s update also makes it easier to add multiple audio tracks all at once, vertically and horizontally. Also, users can now convert multichannel tracks into linked groups directly in the timeline, eliminating the need to change clips manually and reimport.

The update also includes added support for frame boundary editing, improved search, sorting, and navigation functionality for the Fairlight Sound Library, improvements in AAF import and export, an improved audio mixing experience, plus (seriously) a whole lot more. (SERIOUSLY.) You’ll find a bullet-pointed list of the extensive improvements to DaVinci Resolve 16.2 at the end of this post. 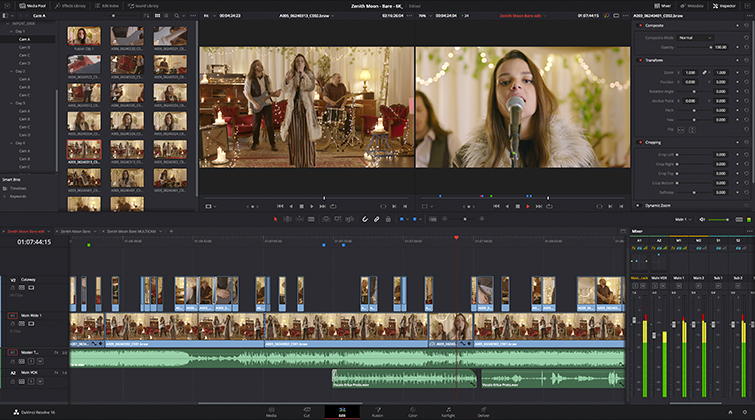 Today’s update also features plenty of upgrades to DaVinci Resolve’s editing features. The company improved performance for situations with a large number of audio tracks involved in order to make loading and switching timelines on the edit page faster.

Additionally, the update empowers editors to be more selective with the media they want directly in the edit page. Compound clips can now be made from in and out points.

Other new updates include media pool metadata support for audio files with up to twenty-four embedded channels and the ability to duplicate clips and timelines into the same bin using copy and paste commands. Editors will also have improved stability for collaborative workflows in the color page. And, yes — a whole lot more. 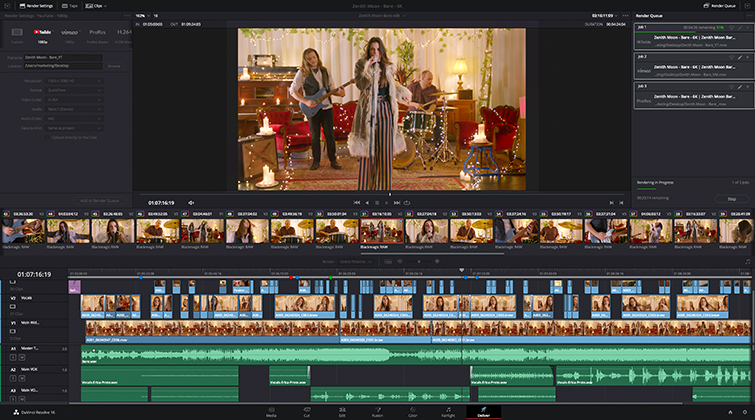 The free DaVinci Resolve 16.2 update is out now and ready for download. You can read the announcement and explore the long list of improvements on Blackmagic’s site. As promised, a complete list of the update’s new features follows. 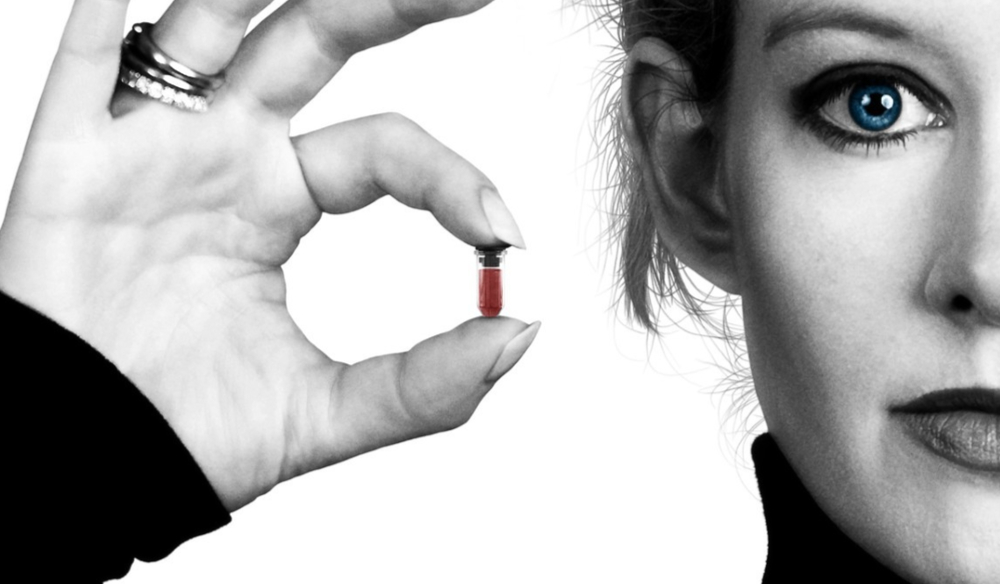