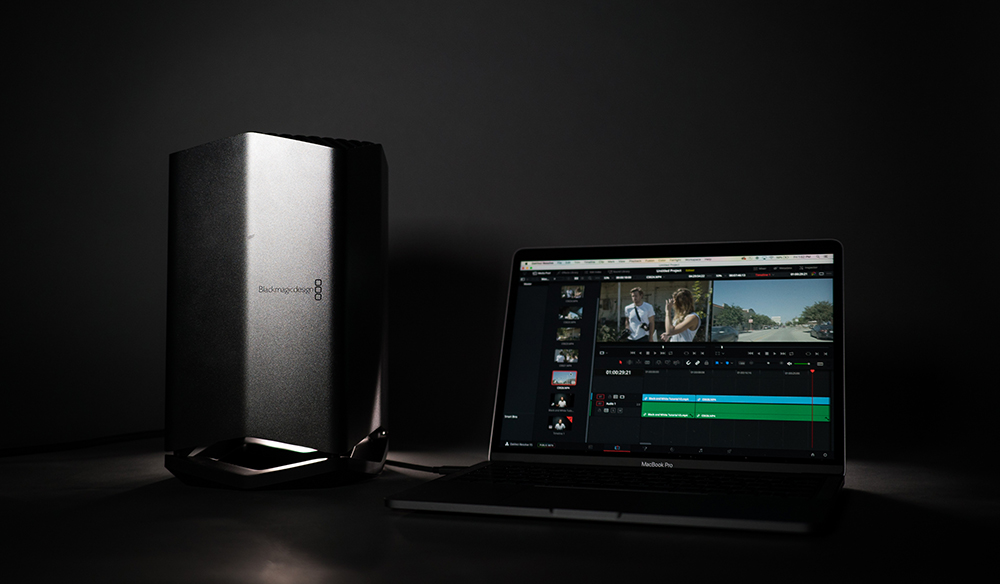 The Blackmagic eGPU: The Graphics Upgrade Your Mac Needs

The Blackmagic eGPU is a new external graphics processor made exclusively for Mac. Here’s what we think it can do for you.

Recently, Blackmagic Design let us try out their brand-new external graphics processor, the Blackmagic eGPU. Here’s what we discovered about this space-age tower. 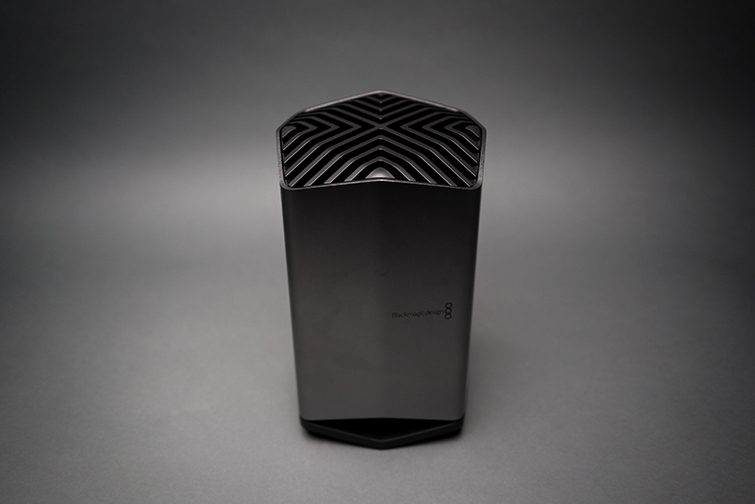 First off, this thing looks and feels majestic. Its sleek metal frame and wave-pattern enclosure likens it to an Apple product, with smooth, rounded metal edges and intuitive design. It’s pretty large, standing at just about a foot tall and about six inches wide. At first glance, one would think this is a computer tower — maybe from Alienware. It’s incredibly sturdy, and you can definitely tell that a lot of work went into this design (as Blackmagic is known for). It’s definitely something to feature on your desk, not to stow away in a dark corner. 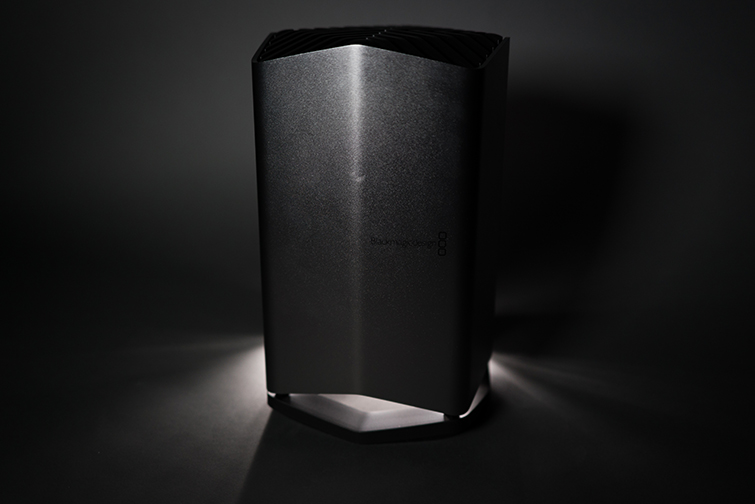 The eGPU features some impressive specs that put it a notch above other eGPUs:

So, if some of these features mean nothing to you, here’s the breakdown. The Radeon Pro 580 is a beast in the GPU world, and with 8GB of dedicated RAM, it can power most GPU-driven tasks without a hitch. With the native Mac compatibility and plug-and-play connectivity, all you have to do is plug in the eGPU to get it to work with your Mac. Being the first Mac-only eGPU available in the Apple Store, it’s your only choice right now for a graphics upgrade. You just need to be sure that your Mac is running iOS 10.13.4, which is when they introduced the official eGPU support. 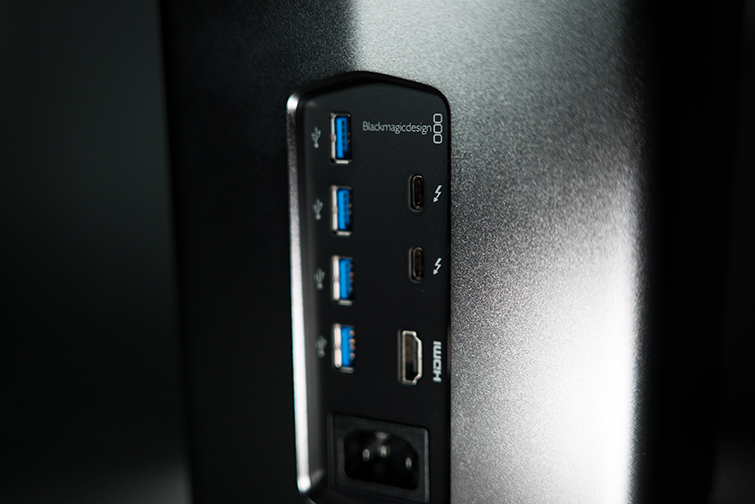 The four USB 3 ports and two thunderbolt ports are wildly helpful, since Apple has been moving over to Thunderbolt 3 ports for most of their devices. You can also connect to the LG UltraFine 5K Display with the Thunderbolt 3 cable — a first for an eGPU in its field.

This thing is also incredibly quiet — the fans barely overcrank, and it can run while doing VO without interrupting during a render. I have a feeling the over-engineered design has something to do with it.

How Can This Help You? 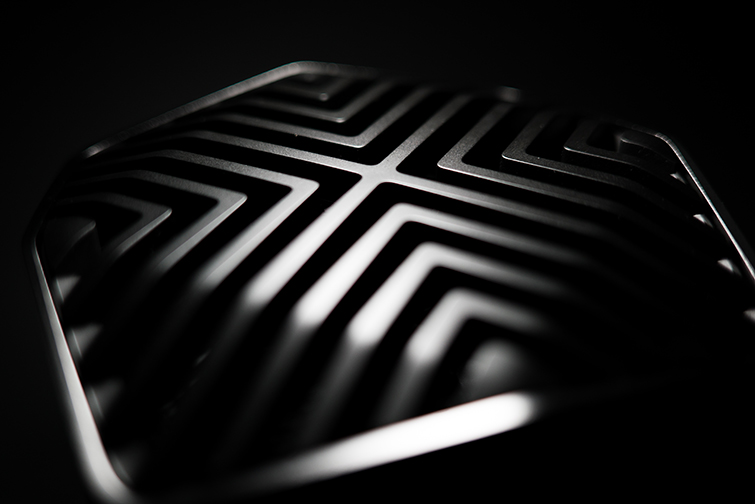 Well, for starters, you can’t upgrade your Mac’s GPU, and it’s not like we are going to see that change anytime soon. So an eGPU is essentially your only option besides building your own PC.

The eGPU will help out mostly in DaVinci Resolve — another Blackmagic product. Resolve uses the GPU for the majority of its processing, unlike Premiere or Final Cut, which rely on the CPU and RAM. So if you’re a Resolve user, look forward to a spike in processing speed. For Premiere and Final Cut users, there’s not as much for you in this eGPU, since those programs won’t use its processing power. (We may see Final Cut start using GPU power in the future, so keep your eyes peeled for updates.)

If you’re a gamer (A Mac gamer? Bless your heart), the eGPU will certainly boost those frame rates and give you more options when playing hi-res.

So, final thoughts: Blackmagic’s eGPU will certainly boost performance on GPU-heavy programs like video games or Resolve. And a key feature of this machine that gets overlooked is that you can use it as a hub for a run-and-gun home editing suite. Since you can plug monitors, hard drives, and anything else into the eGPU tower, all you have to do is connect your mac with a single thunderbolt cable, and you’ve now got access to an entire tower of connected devices — as well as a power source. So when you come home to connect to your devices, one plug does the work of four.

If you (or your business) has the money, this is a worthwhile investment. We might be seeing a wave of Mac eGPUs flood the market in the near future, but for now, the Blackmagic eGPU’s your best bet.

Looking for more articles on video production gear? Check these out.