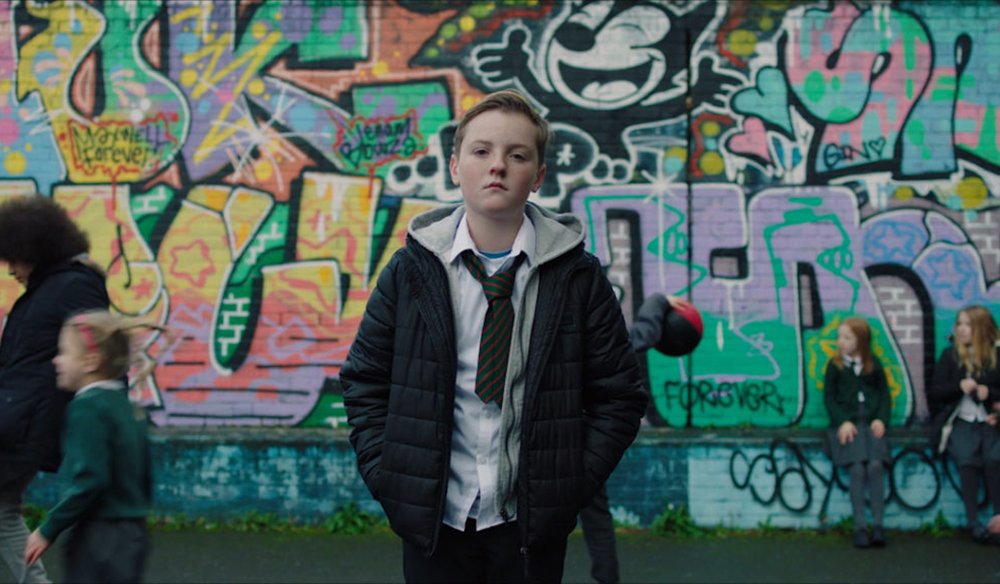 Interview: Tips for Blending Documentary and Narrative in “The Drug Runner”

The difference between documentary and narrative filmmaking has long been a blurred line. It’s true that narrative films borrow strongly from real life, while documentaries are often guilty of scripting themselves to fit a story — whether directly or indirectly. However, for the filmmakers who choose to actively blend both, an entirely new filmmaking world opens up.

In Charlotte Regan’s “The Drug Runner” we get a glimpse into the real-life story of a youth on a wrong path. The docu-drama blends actual interview soundbites with voiceovers and narrative filmmaking. We chatted with the film’s director about how she combined the two styles. 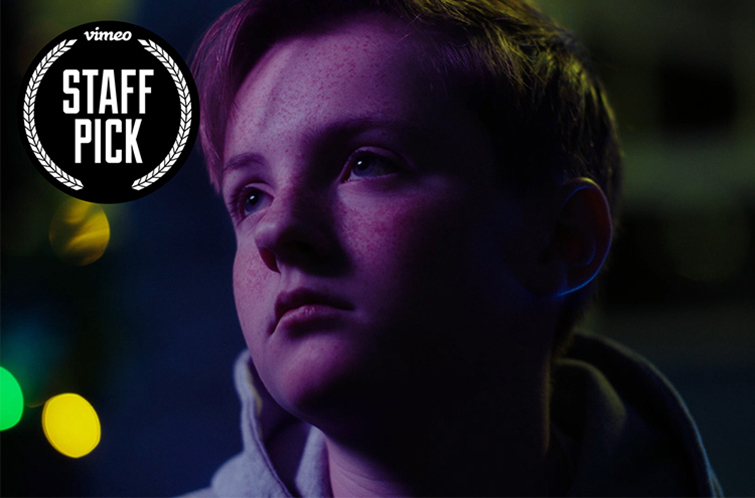 It was just something that came kinda naturally over time I suppose. The person it’s based on is a friend and I always just felt like it was a story that was never told, the reasons behind people getting involved in things like drug dealing without making the character a villain, because he was just a normal everyday kid.

When diving into a documentary-narrative hybrid project, finding an interesting subject is your first concern. For Regan, it was something personal, but for others it might take a deeper search. However, sometimes the best stories are the ones right in front of you. 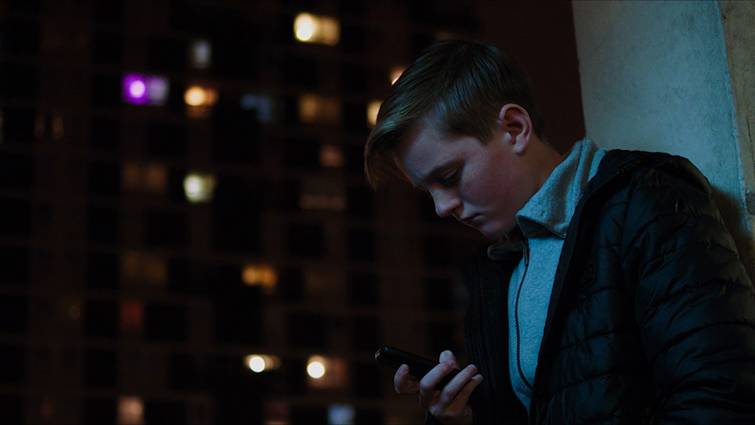 I interviewed him about three times, and those interviews were more like general chats that went on for about an hour or two each time. Just recording them on my phone. He knew the intention was never to use his voice so he was happy to chat openly. From that I had to then make a decision on what sections to use, so whilst it is a ‘doc’ it’s of course like all things heavily edited but unfortunately didn’t quite have the budget for a 6+ hour film haha! 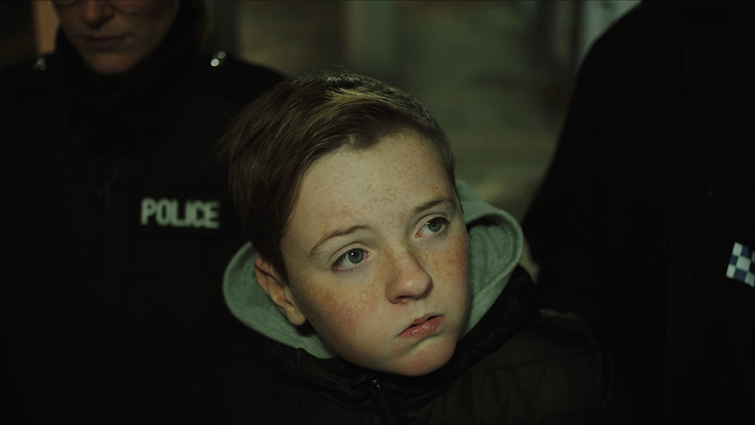 The VO actor Alfie and the visual actor Mitchell were both sent the transcribed script/interview responses beforehand and they are both incredibly natural actors who put their own spin on things. They were both perfect for this as they know how to be subtle yet impactful, they never over do it.

For “The Drug Runner,” Regan and her team decided to bring in professional talent for the voiceover rendition of the subject’s interview, as well as an actor for the screen. This was an interesting choice; it was necessary to protect the subject’s identity. It also gave each actor a chance — when working with the director — to define a narrative character based on the documentary interview material they received.

Set Your Light and Color 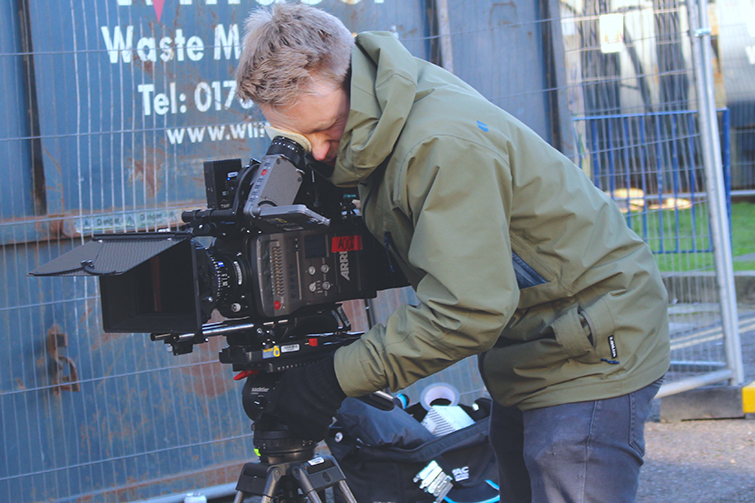 The intention was always to make it a very colourful piece, especially initially when he’s falling into that world and loving it all. The guy it was based on always spoke about his housing estate as if it was a big community, and that is something I wanted to replicate. I think it’s something lots of people who come from and grow up in those backgrounds feel. We always see the desaturated gloomy council estates when the truth is if you have lived in one from young they are filled with fun and your mates and people you know.

Now this is where “The Drug Runner” really stands out — and how turning a documentary into a narrative can really make your project shine. The team shot on an ARRI Alexa Mini (with a Blackmagic for pickups) to get some truly outstanding light and color. The cinematography is very strategic and beautiful. It’s much more refined than you’d usually get to see on a run-and-gun doc. 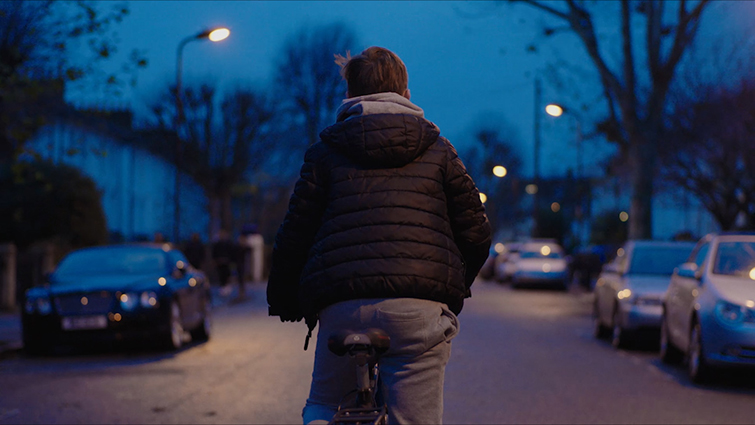 As we are being guided by his words and I had always wanted this to blend doc and fiction with like a literal visual essay style. I wanted it to start off quite matter of fact, giving people clear insight into his position. After that it was just about knowing when to let things breathe and when to cut quickly, which just comes with many re-edits and a great team giving you honest feedback.

Finally, one of the biggest challenges in any documentary film production is managing the post-production workflow. Documentaries are notorious for their long edit times because there’s so much footage to process, review, organize, and ultimately either use or toss. However, when combining styles, shooting documentary-esque footage but for a normal narrative storyboarded workflow is a tremendous time-saver.

It also opens the door for a tighter edit and more effort for color and effects.

Cover image via The Drug Runner.

For more information on Regan and “The Drug Runner” you can check out the film at the Bold Content Video production website.

For more documentary and narrative filmmaking tips and advice, check out some of these articles.