Roundup: Genre Filmmaking Tips and Tricks from the Filmmakers of Fantastic Fest

We gathered some expert genre filmmaking advice from the filmmakers at this year’s Fantastic Fest. Here’s what they had to say.

Every year, roughly a month before Halloween, thousands of genre film fans from across the globe gather in Austin, Texas for Fantastic Fest. Hosted by Alamo Drafthouse, the genre film festival is one of the world’s leaders in honoring all things horror, cult, action and . . . well . . . fantastic. In its 13th iteration, this year’s crop of films featured some major premieres, like Apostle (World), Halloween (U.S.) and Mid90s (U.S.) — the latter of which you can read more about here.

While the festival features films that showcase all elements of horror, sci-fi, fantasy, and cult classic retrospectives, we touched base with several filmmakers from all genres to share some creative tips for genre-specific filmmaking.

Image via House of Sweat and Tears.

All the photography of the film was created with the light of candles and no artificial light, creating the true aura of atmospheric horror. I wanted each frame to be a painting, as I am a great admirer of the Caravaggio paintings. Pepe de la Rosa, the cinematographer, did an extraordinary job, though it was a great challenge for him.

Written and directed by one of the only women featured among Fantastic Fest’s lineup of directors, Sonia Escolano’s House of Sweat and Tears (aka Casa de sudor y Lágrimas) is an elevated and atmospheric Spanish horror film based on a real cult operating in Spain during the 1990s. Escolano, along with DP Pepe de la Rosa, worked with their Blackmagic Ursa Mini Pro to create a panoramic screen format that featured cinematography that solely relied on on-set candle lighting for their entire film. The final look is a dreary atmospheric horror style which harkens back to classical paintings of Caravaggio, while challenging your perceptions of religion, faith, rebellion and power.

(If you’re looking for practical ways to film your own candlelight-primary project, we’ve got you covered.)

Building (and Destroying) a Cabin in the Woods 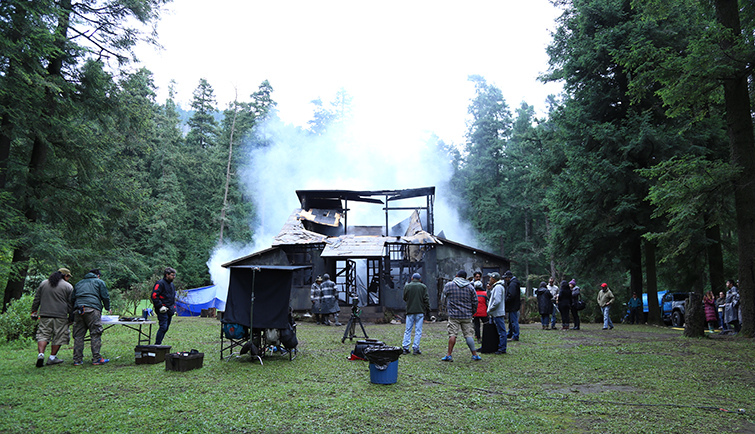 After much searching, we decided to film in the forest of the Dinamos, on the outskirts of Mexico City, at almost 4,000 meters above sea level. There, we built the cabin from scratch, which would become the set for filming the footage found for two weeks. The next step was to burn the cabin, destroying any possibility of retake. With the cabin half burned, we filmed the newscast that gave account of the facts. We did this with a Betacam SP camera, to give a realistic appearance to the footage.

For the found-footage, documentary-styled feature Feral, director Andrés Kaiser not only constructed a full cabin in the woods for this dark and brooding drama, he also burned it completely to the ground. Set in the mountains of Oaxaca harbor in Mexico, the cabin was a central element to the film’s plot, as it portrays the three moments in the film’s history: the past in the found-footage, the news footage that gives light to its existence, and the present documentary footage for the narrative. As such, the crew had to build out a full house to film in, which they then burned down for the rest of the shoot. 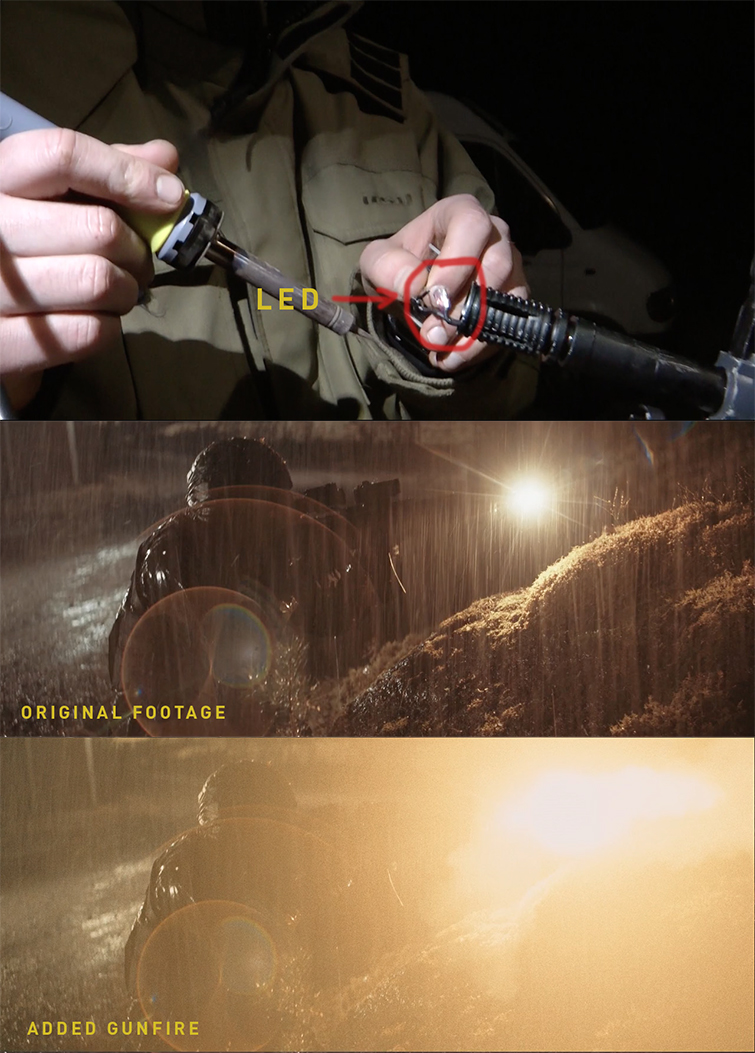 Images via The Unthinkable.

All gunshots were made with small LED lights installed in the mouth of the gun that the actor could light by themselves on the trigger. Then we just added gunfire in post, but got the real light on the environment from set. Easy, fast to use, safe and great result!

The Unthinkable is yet another great example of how Scandinavia continues to emerge as a leader in genre filmmaking. Directed by Victor Danell (aka Crazy Pictures), the Swedish thriller is a great action-packed genre piece that hits hard but has heart. For some of their more fiery shootouts, the team made creative use of small LED lights in their prop weapons, which they found to be both stylish and safe. The film also features an impressive chase scene, which uses some clever CGI and VFX — which they’ve outlined in this behind-the-scenes video. 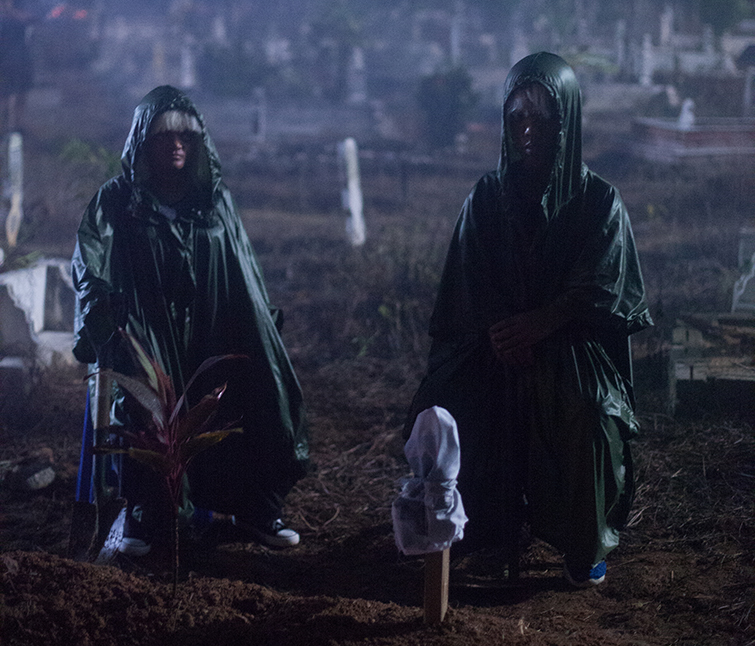 We did a day for night for a specific voyeur POV shot that’s supposed to happen in a forest late at night. Instead of hauling heavy duty lights into the forest location, we did this and created a sense of alternate reality in the eyes of the characters who are spying on a shaman performing a rite by the lakeside.

Previewing a new HBO anthology series called Folklore, which features episodes by different Asian filmmakers from different regions, filmmaker Ho Yuang shares a local Malaysian horror legend that delivers some terrifying scares over a simmering political underbelly that frightens you to your core. In the notable POV shot outlined above, Yuang creates a powerful shot in a truly terrifying sequence, which is sure to be a standout of the new series.

For more Fantastic Fest coverage, check out our interview with horror filmmaker Mickey Reece here. For more interviews and filmmaking tips and tricks, check out some of these articles.