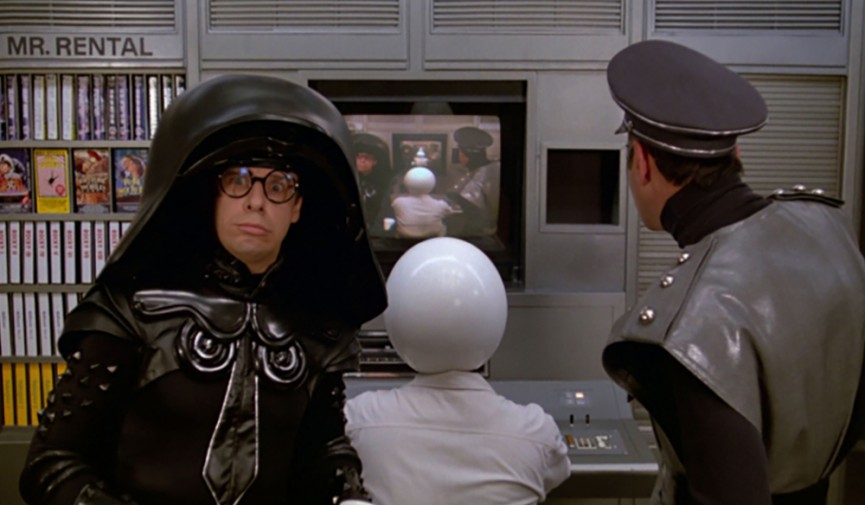 Hey You! Ever Break the Fourth Wall?

A character breaking the fourth wall to talk to the audience dates back to the 1700s. The technique has crossed over into many genres, often finding a place in comedic films.

Breaking the 4th wall is a metafictional technique that dates back to the theater in the 1700s. Denis Diderot, a French philosopher and dramatist, is usually credited as the founder of the concept. In a traditional three-wall theater, the fourth wall refers to an imaginary wall at the front of the stage. It’s similar to a window the audience looks through to see the world of the play.

In terms of television and film, breaking the fourth wall refers to a character staring directly into the camera to talk to the audience. Before diving in, let’s take a look at this great 4th wall supercut from Now You See It.

One of the earliest uses of this technique in film comes from comedic geniuses, the Marx Brothers. Their 1930 film, Animal Crackers, was an adaptation of their 1928 theater show. It was the perfect way to crossover the use of the technique. Groucho breaks the 4th wall at the 2:30 mark in this clip. He begins with, “Pardon me while I have a strange interlude.”

The films of the 1970s are most associated with breaking the 4th wall. The supercut at the beginning of this piece featured both the 1971 musical Fiddler on the Roof and the 1977 hit Annie Hall.

Comedian Michael Palin would coin the term meta comment while writing Monty Python’s Flying Circus. He used the term to refer to a character that would speak about the situation they were in.

Monty Python would often use this technique, like in this clip from Monty Python and the Holy Grail. They would break the 4th wall repeatedly in several shots, as multiple characters shouted to “get on with it” and get back to the film.

As popular as Monty Python was, breaking the fourth wall is most associated with director Mel Brooks. Brooks would make an entire career out of unexpected comedy. Perhaps the finest example was in his 1974 film Blazing Saddles.

The movie is absolutely full of these meta jokes, from the characters entering a movie theater to watch themselves to a major fight sequences that breaks out of the set and spills into the movie studio lot. The fight scene actually broke through several walls, not just the fourth. The scene moves sideways and breaks into other movies.

Brooks would continue to use this technique is nearly every one of his films. Another one of his famous uses was in the sci-fi adventure Spaceballs. Dark Helmet breaks the fourth wall by watching a VHS copy of the film they are currently filming.

The 1980s would continue to break the 4th wall with Airplane! and Ferris Bueller’s Day Off. However, the technique hasn’t been nearly as popular since. It appears occasionally in the 1990s, like in Fight Club, Kiss Kiss Bang Bang, and most famously for the product placement in Wayne’s World. It has become a bigger part of television series like Saved by the Bell, Malcolm in the Middle, 30 Rock, and House of Cards.

With the popularity of shows like House of Cards, there does seem to be a resurgence in characters breaking the 4th wall. One of the most famous characters to use the technique doesn’t come from theater or film, but the graphic pages of comic books. Nicknamed the “Merc with a Mouth,” Deadpool is slated to break from the comic books to bring his meta humor to film. Deadpool even breaks the fourth wall at the end of this trailer, just to talk about another trailer for the film.

Are you ready to break the fourth wall in your next project? Did we leave your favorite use off this list? Let us know in the comments below.