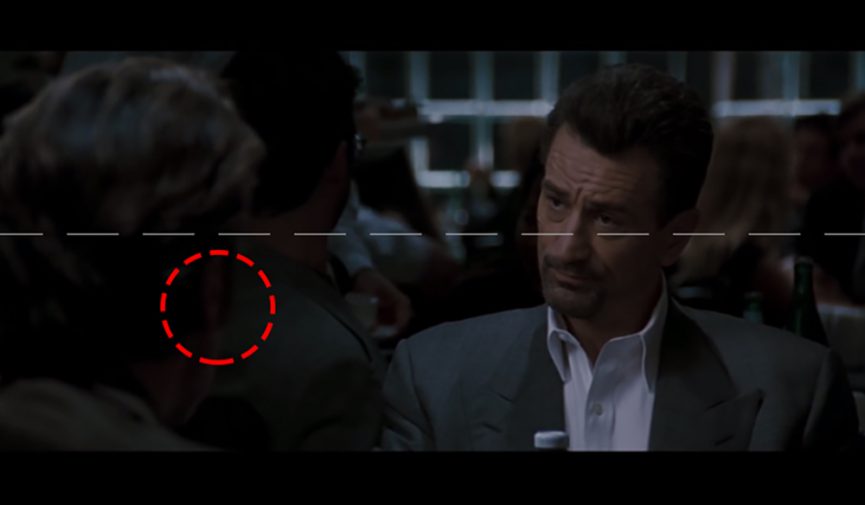 Camera Angles: Over The Shoulder or Single Shot?

Camera angles can affect the tone of your film. Learn how to use this to your advantage.

Filmmaking is a language. Every choice you make directly affects how your audience will interpret your film. Critically acclaimed TV and movies usually enjoy high rates of audience approval because the stories are clear and concise. Viewers know how to interpret the filmmaker’s creative decisions. The same is true of camera angles (for a write up on the psychological effects of focal length, check out this article). Let’s take a look at what camera angles can tell an audience. 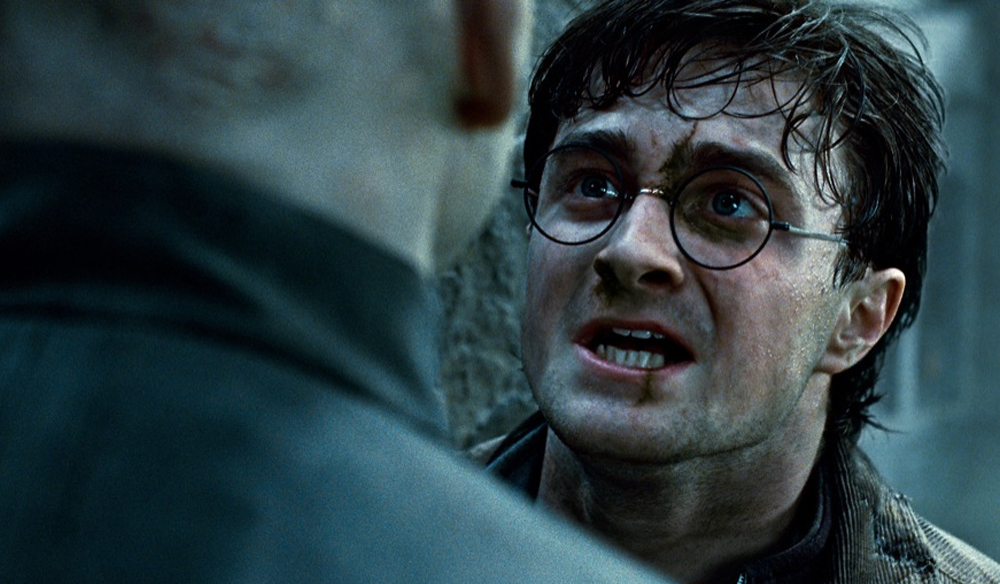 The conversation scene is a filmmaking cornerstone. These scenes develop characters and often communicate crucial plot information. Conversational scenes are usually predictable. The filmmaker establishes the location, then we close in on two characters with a mid-shot and a reverse mid. If the scene calls for heightened emotion, we can move in closer to a medium close-up or a close-up. There will most likely be some inserts, but essentially, these are the ABCs of shooting a conversation scene.

However, when shooting the standard conversational shot, you have two framing choices. You can go for a clean shot of just one actor in the composition, which we call a single, or you can choose an over-the-shoulder shot. You can also feature only the very edge of an actor’s shoulder in the frame, which we call a dirty single. (A dirty shot includes any object that slightly obscures the full composition).

Although both types of conversation shots present the same information, they have different merits worth noting. Let’s look at a few.

Starting with an OTS shot can help establish the eye line and the direction in which each character is looking — since we might not always get this information from the long shot, especially in group conversations.

Take the following example from CW’s Riverdale. We see the typical scenario of high school characters in a common room discussing the latest details in the murder mystery. This is a group conversation between five different characters. In this circumstance, an OTS setup establishes who is talking to whom, as things can get complicated quickly when five people are talking. We meet each character taking part in the conversation through a series of OTS shots. 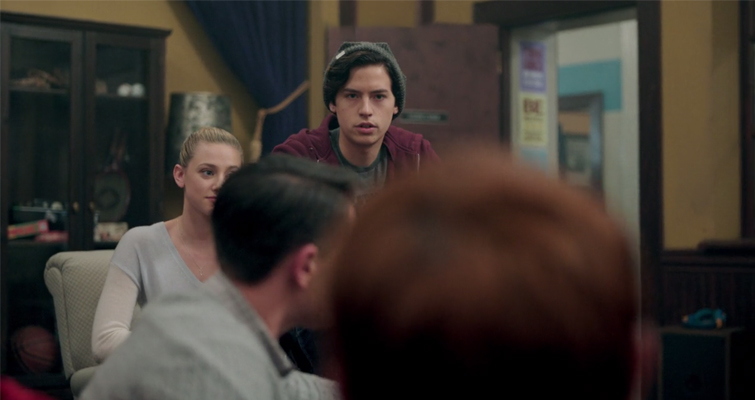 However, later in the scene, we move closer into single framing. The problem here is that we are no longer 100% certain which character Archie is speaking to. In this shot, he is talking to Jughead. 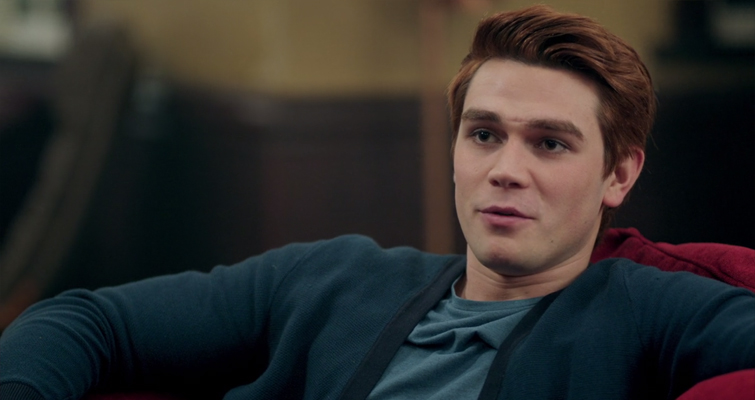 In this shot he is speaking to Betty. 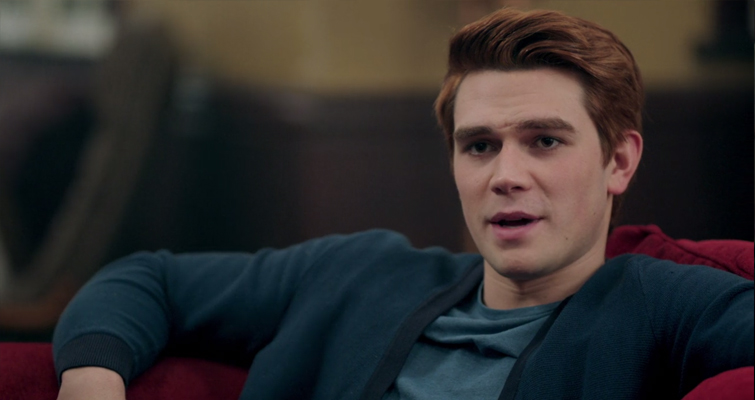 There’s only the slightest tilt of head movement to suggest whom he is speaking to. Here, an over the shoulder shot would be better because it’s going to clarify the language of the camera. The filmmakers used a dirty single a few shots later to clarify whom Archie was speaking to. 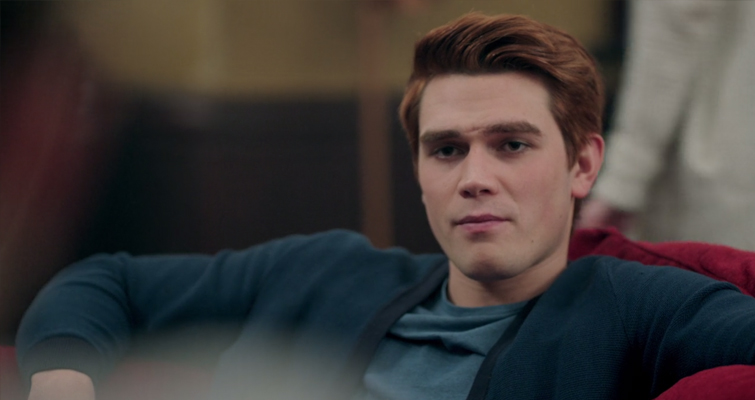 But without this clarification, the scene may have become lost in translation.

In the legendary exchange between Pacino and De Niro in Heat, we first see a medium OTS shot. This gives us bits of exposition, character background, and plot movement. At this moment in time, we, as the audience, do not need to be any closer than we are. As the conversation becomes more personal, and the two characters discuss their family lives and their partners, the camera slowly closes in while maintaining the OTS shot composition. Again, at the moment, we don’t need to be any closer. It’s a conversation taking place “with a couple of regular fellas” as Lt. Vincent Hanna says. It’s a plot discussion.

However, the discussion takes a dark turn when Hanna says to McCauley (De Niro) that if he has to kill him to stop an innocent person getting caught in the crossfire, he will. At this point in the scene, the camera pushes past Hanna and frames McCauley singly. McCauley proceeds to say that he, too, will kill Hanna if necessary. His response is more sinister; it’s intended to intimidate not only Hanna but also the audience. It’s a character moment, and the camera angle moves us into the appropriate proximity of the character to feel that. We very likely would not have had the same response if we had watched that moment unfold over Hanna’s shoulder.

Over The Shoulder Tips

The OTS shot is a straightforward angle to capture. You place the camera behind the second actor and include their shoulder and head within the frame. However, there are some rules. You don’t have to abide by them, but they do help you get the best from the shot.

The first is that the eye line of the actor in the shot should be somewhat level with the camera. Remember, the audience is an observer watching the conversation take place over somebody’s shoulder. If the angle is too high or too low, it ruins that engagement.

Secondly, you want to avoid an angle that reveals the nose of the actor whose back is to us. A nose can become distracting and is often a visual signifier that the camera may be too far away. 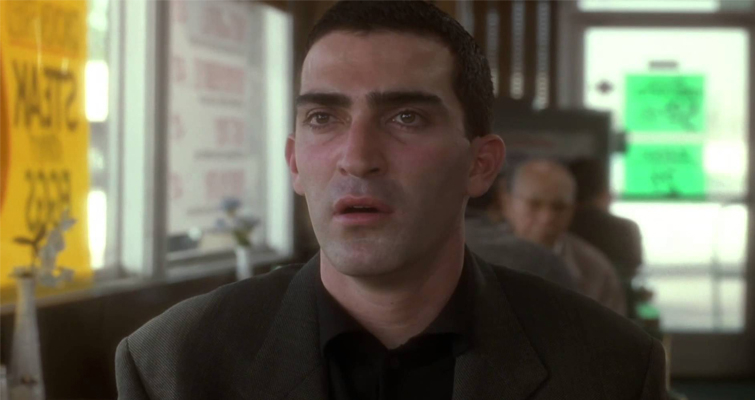 A single framing of just one character in a conversation is when reactions and character moments should take place. However, one thing to note is the importance of the focal length when shooting a single. Single character framing is about emotion. Try to capture that with a 120mm, and you distance yourself from what you are trying to say. In the interview below DP Roger Deakins says, “If the camera wants to be close, I would shoot singles inside [personal space]…. It’s a sense of presence… psychologically it’s a totally different effect.”

Tracking into a Single

It’s quite common to track from an OTS shot into single framing. It’s a lot more organic than just cutting to a close-up, especially when you are trying to convey a particular emotion. Watch the scene below from Steven Spielberg’s Amistad, and imagine how different the scene would feel if we didn’t push into personal space and we were just left looking over John Quincy Adams’s shoulder.

Of course, these aren’t rules to live and die by. However, they are good practices to follow to keep your film language precise and clear.

Do you have tips for effective over-the-shoulder and single shots? Let us know in the comments.