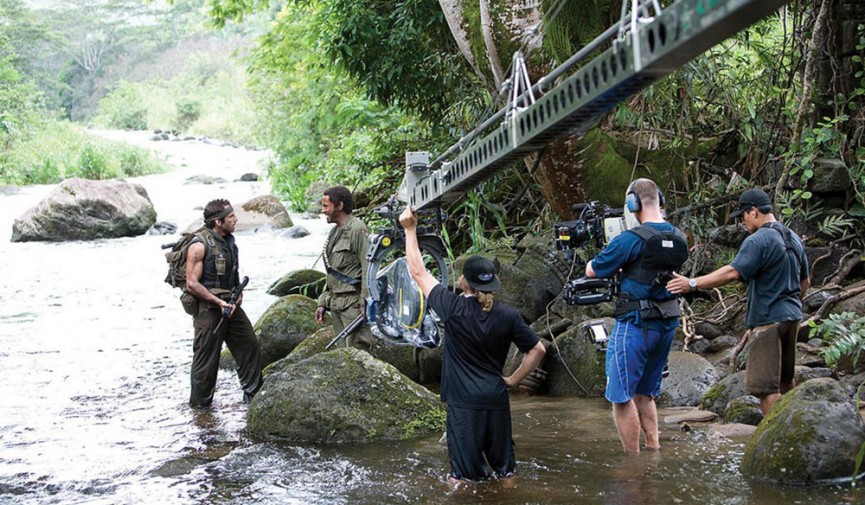 A film production’s camera crew is responsible for setting up and using the camera. Here are the responsibilities of each crew member.

The camera is the most important tool on set. Without a camera, there is no movie. The director is in charge of a film set. The senior creative crew member after the director is the director of photography, who will achieve the look of the film using the various departments they manage. Among those departments is the camera crew. 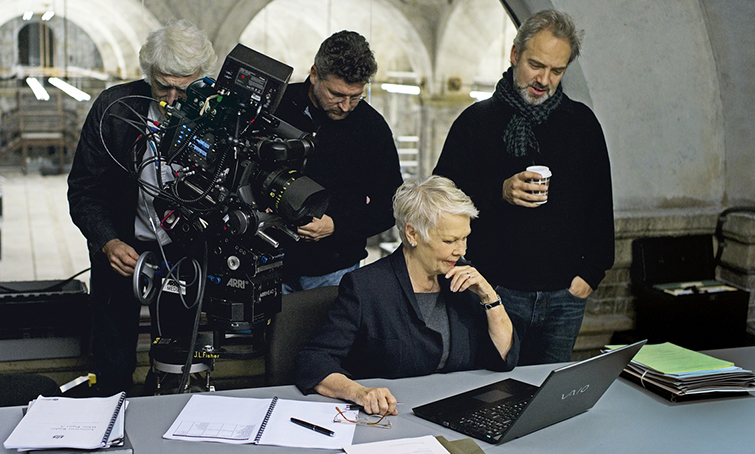 Image: Director of Photography Roger Deakins on set of Skyfall, via filmmakeriq.com

The director of photography (DP or DoP) manages the camera department, lighting department, electrical, and grips.  They are the chief of the camera crew. The film’s director will tell the DP how they want a shot to look. They will then work with these departments to choose cameras, lenses, filters, shot composition, light design and setup, and any necessary gear. 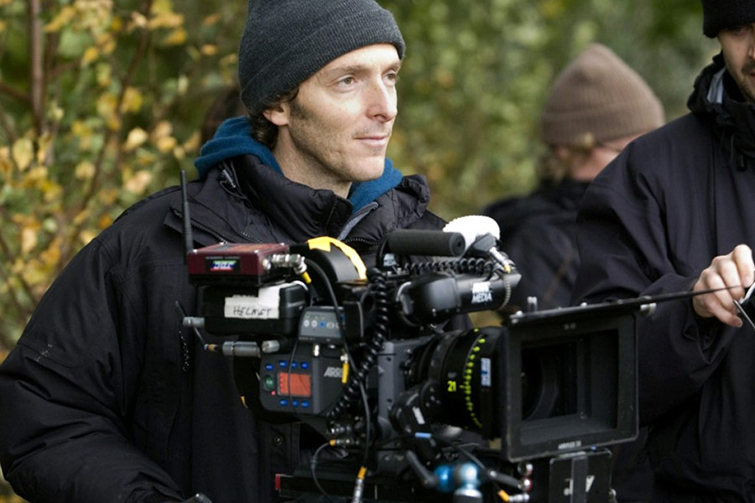 If the DP has assigned another person to run the camera, or if multiple cameras are being used at once, the other cameramen are simply called camera operators. 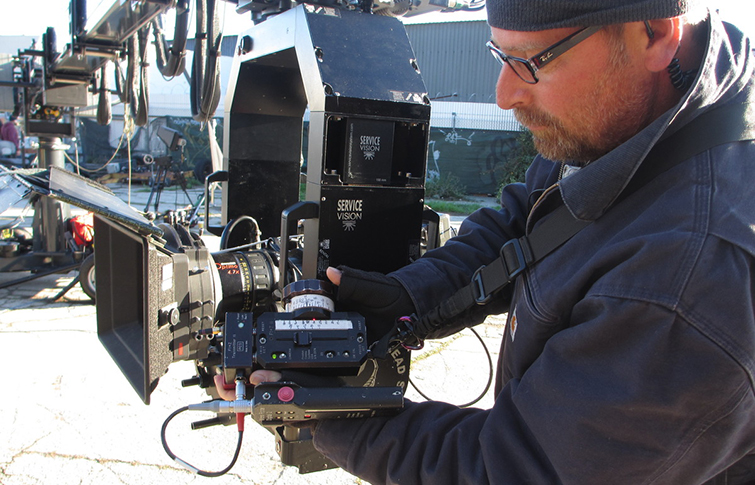 The first assistant camera is in charge of the camera department. During a shoot, the 1st AC is responsible for keeping the camera in focus. This gave rise to the name focus puller. They are in charge of the maintenance and care of all cameras. During pre-production, the 1st AC will go to rental houses to test gear and make sure everything is ready on schedule.

On-set, the 1st AC will build the camera, swap lenses, and move it from shot to shot. They are also responsible for updating the dope sheet. The dope sheet is a camera report that lists scenes that have already been shot. If shooting on film stock, the list will also contain the contents of each exposed reel.

Most notably, the 1st AC should not look through a lens. They must be able to keep focus by paying attention to the distance between a subject and the camera.

2nd AC Geraldine Brezca on the set of Inglourious Basterds

The second assistant camera works directly with the 1st AC. The 2nd AC operates the clapperboard at the beginning of each take. They also load film stock into camera magazines if there is no film loader on set. They note when film stock is received, used, and sent for development. The 2nd AC also oversees the transportation of camera equipment from one location to another.

The second assistant camera will also tape down camera marks, the points where actors will perform. They update camera reports with camera settings, like aperture and focal length. This is recorded for any future pick-up shots or reshoots. 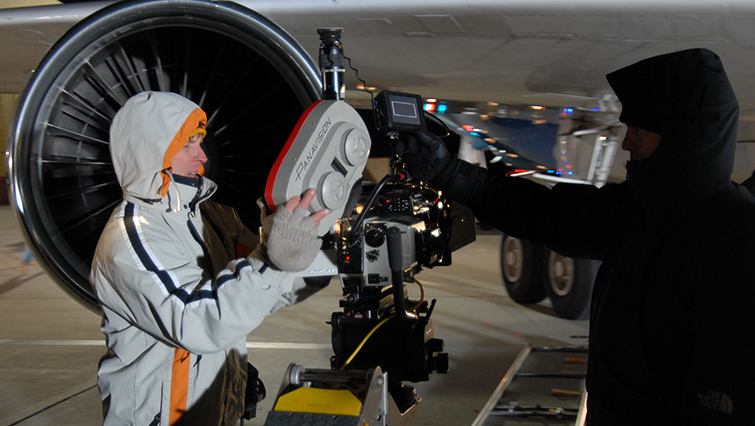 The loader is responsible for the actual medium that the camera shoots on, whether film stock or digital cards. Historically, the film loader was responsible for putting film into camera magazines. They would go into a dark room to open light-tight canisters of film stock to load into the magazine. They would then give the magazine to the 2nd AC, who would put it on the camera. When the 2nd AC finished a reel, the film loader would then take the footage back to their dark room or tent. The film loader puts the footage back into the light-tight canister and labels it for transport to the development lab.

A digital loader works with memory cards, rather than film stock. Digital loaders manage inventory and back up footage. They work alongside the digital imaging technician to manage the digital data. The position is not very common on set, as 2nd ACs typically manage memory cards and give them directly to the DIT. 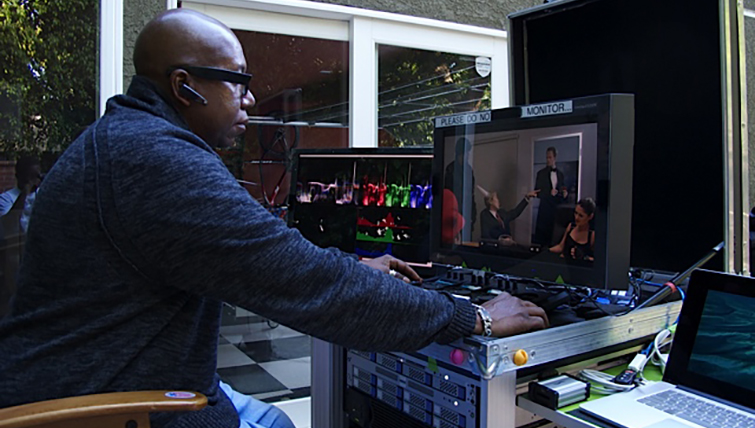 The digital imaging technician is responsible for image quality control, on-set color correction, and managing a production’s workflow. The DIT manages all data and file distribution. They receive the camera’s memory cards and immediately dump and backup footage. They then send uncompressed files to the editors and make compressed file dailies for the director. DITs have a deep technical knowledge of all things digital like cameras, codecs, laptops, monitors, and more. Check out the constantly evolving role of a DIT. 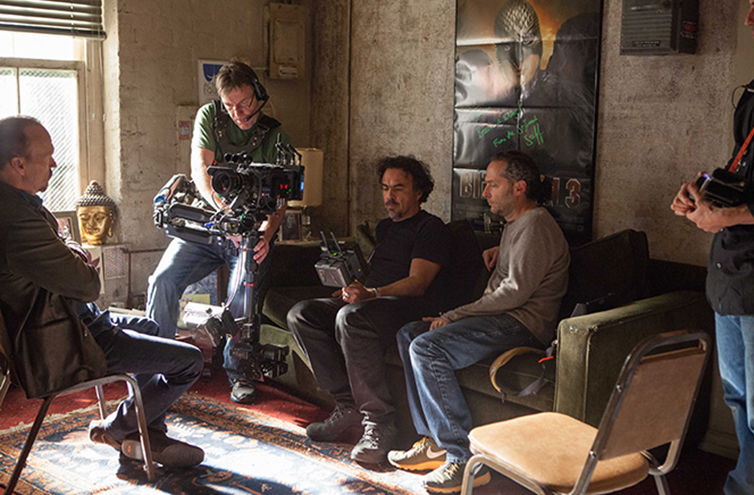 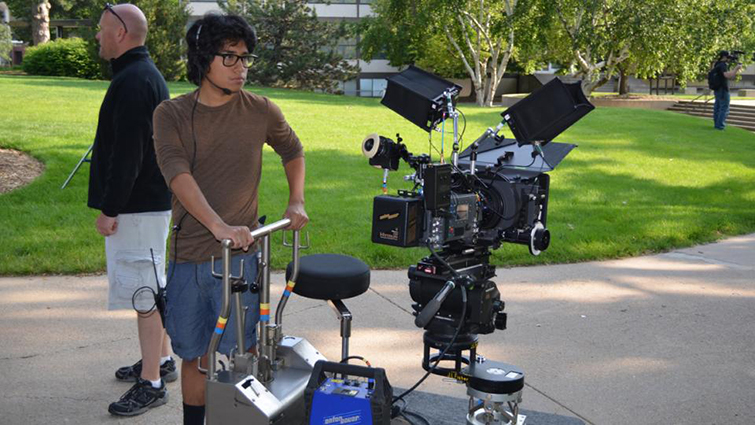 Image: Camera PA Benito Sanchez on set of Nebraska, via University of Nebraska-Lincoln

The camera production assistant helps the camera crew with any necessary duty. They are on set to learn by assisting every position listed above. Any camera intern will want to learn some camera crew slang, courtesy of Evan Luzi at The Black and Blue.

Did you learn anything about camera crew jobs? Interested in more Filmmaking 101 posts like these? Let us know in the comments below!