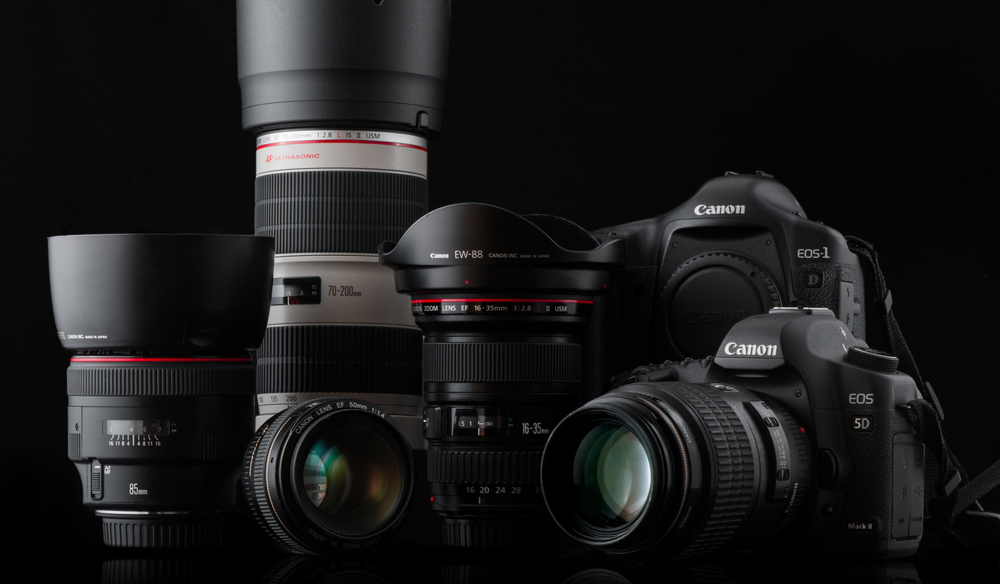 It’s the End of the Road for the EF Mount—Or Is It?

Canon’s increase in discontinued EF Mounts seems alarming. So, how will this affect you, the market, and the future of Canon?

In 2018, Canon introduced the RF line. This was their first offering for full-frame mirrorless cameras with a brand-new mount, designed to take advantage of the shorter flange distance created by not needing a reflex mirror. With a set of new cameras and a handful of lenses, many were initially curious about what would become of Canon’s EF camera and lens range. It’s arguably the most popular mount on the planet, with a wide variety of lenses from both Canon and third parties such as Sigma, Tokina, and so on. However, it’s also a dated mount, and there’s only so far you can push lens technology.

Users initially questioned how long it would take Canon to distance themselves from the EF mount and maybe follow a similar route to Sony’s A-mount. While Sony has said they’ll continue to support the A-mount, the last released A-mount camera was in 2016 (and has since been dropped by retailers). And, it was in 2015 that we last saw an A-mount lens. Since the only recently-released A-mount item being an A-mount to E-mount adapter, we can somewhat say that “Yeah, A-mount is dead.”

In 2019, Canon said they’d take a year from putting resources into the EF range and spend 2019 solely focusing on the RF line. This felt like it was the beginning of the end. However, the EF line still had a pulse. Just when many thought the DSLR was dead and all focus was on mirrorless, Canon released the 1DX III in 2020. Additionally, they also added the C300 MK III and C500 MK II to their cine line. Both of these cameras housed EF mounts instead of RF like the C70.

Slowly but surely, we’re increasingly starting to see more and more write-ups from the various photography outlets that another EF lens has discontinued. And, as of right now, it’s quite a hefty list. As reported by Inside Imaging, it stands at:

To be discontinued (“sometime in 2021” according to Canon Rumors):

That’s twenty-two lenses, with four more possibly discontinued this year. And, it’s likely we’ll see even more discontinued as we move forward. If you were about to invest in a new EF camera, whether that’s cine or photo, you may be initially dismayed at the removal of so many lenses from production.

It’s Not the End of the World—Yet

However, it is worth noting the dates of the original release of the lens. While there are recently-released lenses on the list—like the Canon EF 70-200mm f/4L IS USM II from 2018—most are from the 1990s and early 2000s. That’s some seriously dated tech.

Inside Imaging also spoke to Canon Australia about this, and they said,

Canon has around eighty lens options for creators to choose from—only twenty-two of which are RF at this time. Over the past two years, we’ve been focused on building out our range of RF lenses to expand the creative possibilities of our R-System consumers, however, our commitment to supporting our EF lens range is unwavering. It’s true, Canon has recently discontinued select EF lenses in our range. However, this is a process of series optimization, not an indication of us abandoning EF lenses. Lenses that have been recently discontinued are lenses that have multiple versions available, comprised technology that’s been superseded by other available options, or, are low volume lenses. There are still many options for creators to choose from in our EF range, while our RF range continues to expand.

Therefore, we can see it’s not so much about altogether abandoning the EF range, but bringing balance to the resources to focus on the RF range, while dropping the need to support such older lenses. I might also recommend reading through the list of lenses as opposed to counting how many lenses are being discontinued. The lenses on the chopping block aren’t exactly Canon’s heavy-hitters and best sellers.

What Does this Mean for EF Users?

At this point, not a lot. Canon will continue to service and support these lenses for quite some time (2027 is the rumored date for when support would start to drop). And, given the vast array of Canon cameras that support EF, you will more than likely be able to pick up a discontinued lens from a retailer for quite some time. Even then, if retailer inventory becomes limited, given how mass-produced these lenses are you’ll still be able to pick one up on the aftermarket—perhaps indefinitely.

In 2020, I briefly jumped back into 35mm film photography, and I’m still able to purchase pristine Nikkor lenses from the 1970s and 1980s. Of course, unlike purchasing a modern lens, they don’t come with a warranty or supported service repair from the manufacturer.

However, it’s important to acknowledge that we’re in the final stages of the EF lifespan. Advancements and new additions to the lineup will start to drop over the next decade. But, that doesn’t mean the EF range, both in cameras and lenses, is now obsolete. It’s 2021, and as I note in my video below, I just picked up a 5D MK IV because it’s still a fantastic tool. When we start to see Blackmagic and other third-party camera manufacturers like Z-Cam ditch the EF mount for the RF mount, that would be a calling card for when we start to recognize the EF mount as a dated tool.

Additionally, it’ll be interesting to see how these EF lenses fare in the aftermarket once the discontinuation has settled into current retailer stock. We all know that once you open that shiny new lens box, suddenly, the RRP has dropped exponentially. When selling a used lens, even if kept in pristine condition, you’ll likely lose up to a third of the retail value. However, for older lenses that have long been discontinued, the price remains relatively close to its RRP. Or, in some circumstances (depending on the brand and rarity), the value actually increases.

One thing is for certain, as we see more Canon enthusiasts jump from the EF range to the RF range, you’ll be able to pick up EF lenses and EF cameras for a reduced price on the aftermarket.

For more Canon updates, check out these articles: