Check out these industry case studies of colorists using Baselight for grading and digital intermediate on blockbuster films.

This summer’s most spectacular blockbuster spectacle Pacific Rim, from director Guillermo del Toro, featuring massive robots duking it out with giant monsters from the sea was given its final spit and polish by Maxine Gervais, colorist at Warner Bros. Motion Picture Imaging. Taking on a movie of this size is no easy thing.

Filmlight has a great interview with Maxine about her process in color grading the film, even before post production had begun:

“I took my laptop Baselight on set,” she recalled. “I made sure I was using all the right color curves, so I was sure where the DoP was going. I did tests with Guillermo Navarro that he loved – that’s how I got the gig.

All the live action on Pacific Rim was shot on RED cameras at 4K resolution for a 2K finish but, as Maxine described it, “the look was set in a digital setup and needed to be translated into film with the same bold statement. They were going for a very poppy look where digital spectrum would allow such latitude.” 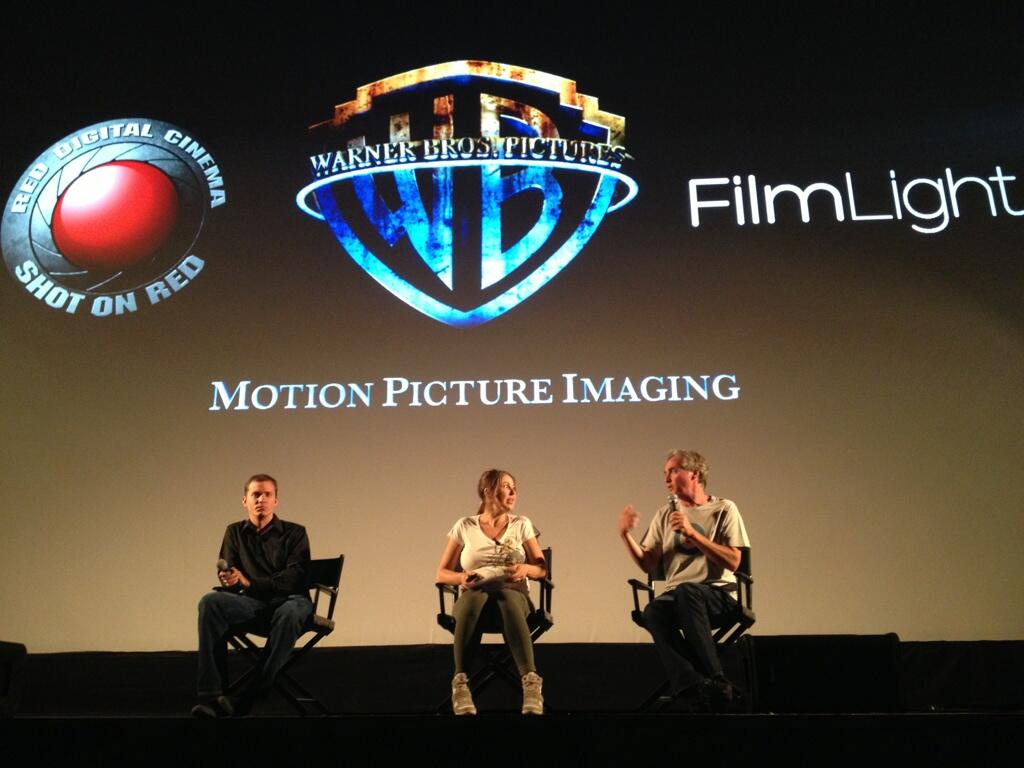 With the film being shot on RED Cameras, REDucation, Warner Bros Motion Picture Imaging and Filmlight put on a joint event recently in which Maxine got to showcase more of her talents and involvement in the film to a small crowd in LA. Thankfully editor Monica Daniels was there to live tweet some nuggets for the rest of us.

DI Artist: On average, 7-8 layers for color for #pacrim and 15 layers for Book of Eli #reducation

For 3D, the DI artist had to brighten the color grade, boost saturation and highlights #pacrim #reducation

Seeing the aerial fight scene colors being manipulated on the fly. Made the blue pop and then fade. Pretty damn cool. #pacrim #reducation

To grade Pacific Rim, Maxine was making the most of a Baselight Eight, with the Blackboard 2 control surface.  This top of the line control surface is going to set you back about $60,000, but it’s also the beefiest Baselight you can buy. This provided realtime grading of multiple streams of 4K involving complex grades of multiple layers, matte channels and effects. This also allows for native resolution playback of 4K stereoscopic material, which was handy when the production decided to go 3D.

“Stereo grading is a standard capability in Baselight, and for Pacific Rim the tools were used intensively, including a large number of floating windows. “I don’t know how many we had – about a gazillion,” Maxine said. “We had a really structured workflow to keep track.” 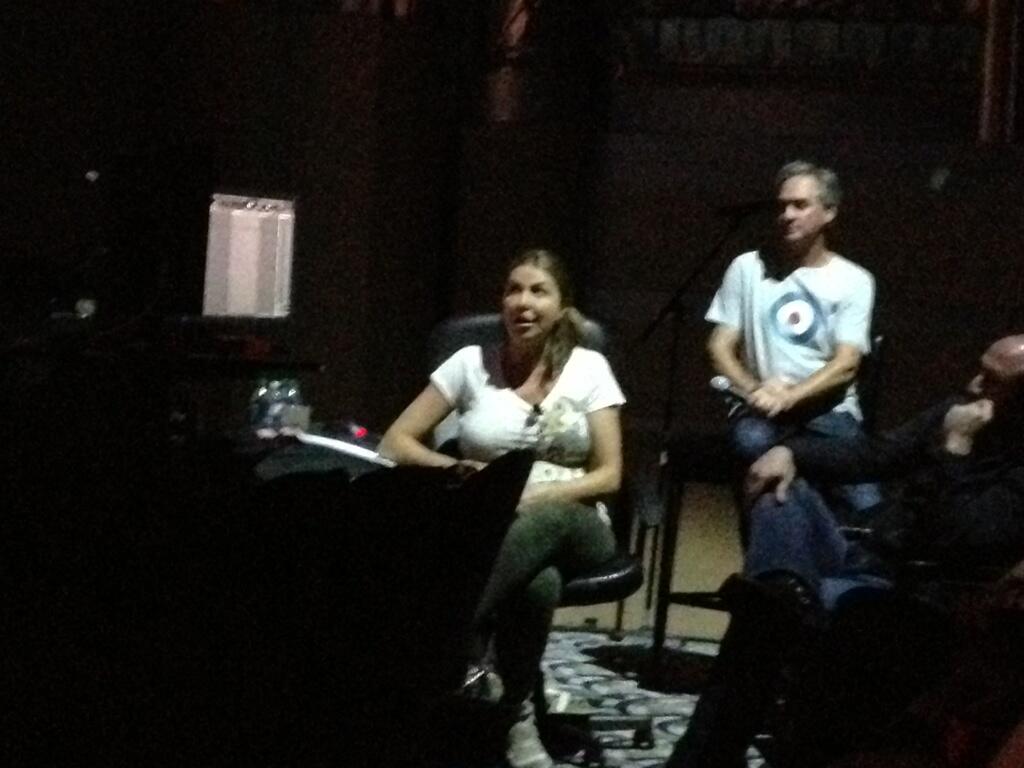 Just to spice things up a bit, here’s another taster of Pacific Rim with a behind the scenes featurette on creating some of the monster mayhem.

Following on the theme of color grading visual effects loaded summer blockbusters, Studio Daily has a great interview with Senior DI Colorist Andrea Chlebak, from Vancouver post facility Central on her work on the film both in terms of managing the requirements of the numerous VFX houses and finishing the film in Baselight.

Before they got the VFX work going, they wanted to know what the look of the film was going to be. We actually did a very early DI look session with the director to lock down a few hero shots — “this is what this exterior looks like, this is what earth looks like, and this is Elysium.” Broad strokes. We created look LUTs to distribute to the VFX companies so they could preview their work confidently.

[In the grade,  director Neill Blomkamp] called it an honest approach — he wanted the image to feel honest and not like it had been graded. That’s a tricky order. It’s easy to make everything look cool and contrasty. You can hide behind that. And day by day, we’d get more shots with new VFX elements involved. It was interesting to see how the project evolved through grading. It almost got to where his original vision was, but I think he was able to approach a few different environments in ways he wouldn’t have imagined originally because of the time we had to play around with them.

It’s interesting to note that both colorists (on Pacific Rim and Elysium) had quite a bit of time to experiment with the grade and fine tune it when they could review it with fresh eyes. It must be a huge challenge to maintain that fresh perspective when the delivery deadlines require a crushed post schedule. The whole interview with Studio Daily is well worth a read.

In this ten minute tutorial Ryan Connolly from Film Riot demonstrates how he color graded his footage in a way that would work with the composite he knew he was going to create. Although really this is just an example of sky replacement (and being performed in After Effects) it does include adding sharpening masks, subtle relighting and a few creative ideas. Interestingly Ryan also mentions the need to be able to step away from your grade to be able to accurately review you work.